Tim Sherwood's position as Aston Villa boss is under scrutiny, with owner Randy Lerner discussing the manager's future in a series of meetings with senior club figures in the United States. (Daily Mail)

Chelsea are furious the Football Association fined manager Jose Mourinho for comments he made about match officials after a 3-1 defeat by Southampton. The club believes Mourinho is treated more harshly than other managers - such as Arsenal's Arsene Wenger. (Daily Telegraph)

Chelsea offered more than the £36m Manchester United paid Monaco for striker Anthony Martial, 19, but the France international moved to Old Trafford as he dreamed of playing for the Red Devils. (CanalPlus via Daily Mail)

Uefa is split over its support for president Michel Platini, who is being investigated over a £1.35m payment made to him by Fifa president Sepp Blatter. (Guardian)

Arsenal forward Alexis Sanchez, 26, has pledged his immediate future to the club, despite reports linking him with a move to Real Madrid. (Daily Star)

Portugal forward Cristiano Ronaldo, 30, says he wants to continue playing at Real Madrid for at least another five or six seasons and end his career there. (Marca)

The Football Association is planning £30m of cuts, which will result in about 125 job losses - including key England backroom staff, to help fund chairman Greg Dyke's project of laying more artificial grass pitches around the country. (Daily Telegraph) 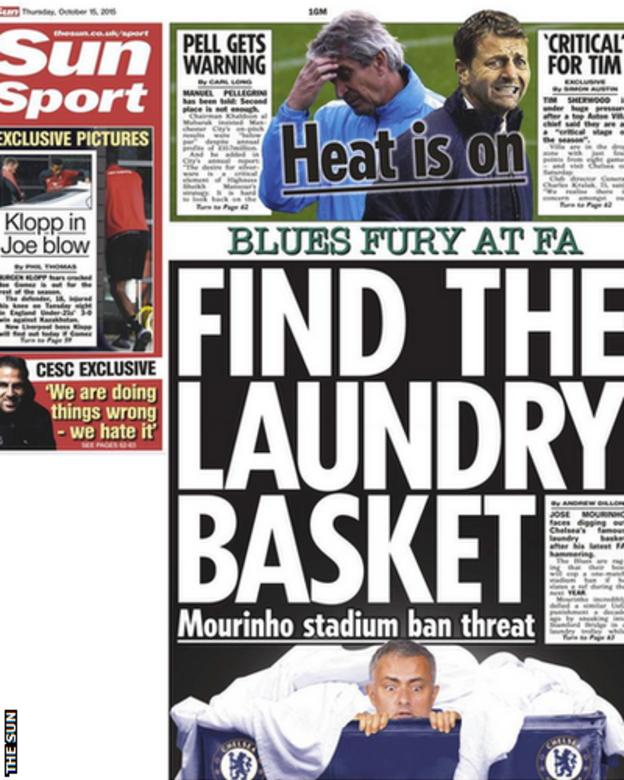 Chelsea goalkeeper Thibaut Courtois, 23, says he is on track to return to first-team action in December as he continues his recovery from a knee injury. (Evening Standard)

Liverpool are stepping up their pursuit of Porto's 18-year-old midfielder Ruben Neves after an informal approach by the club was welcomed. (Daily Mirror)

Jurgen Klopp's former general manager at German club Mainz believes Liverpool is the only club the new Reds boss could have chosen because of the huge emotions surrounding the team. (Liverpool Echo)

A Bayern Munich fans' group is calling for a boycott of the first five minutes of next week's Champions League match at Arsenal, in protest at "excessive" ticket prices. FC Bayern Worldwide says that, including fees and postage, fans will have to pay more than 100 euros (£74) for the tickets, whose face value is £64. (Guardian)

Former Arsenal midfielder Abou Diaby, 29, could make his first competitive start in 17 months if selected by Marseille for their match against Lorient on Sunday. (Daily Express)

Newcastle United will not move for out-of-favour Manchester United goalkeeper Victor Valdes, 33, despite having Netherlands international Tim Krul, 27, ruled out for the season. (Newcastle Chronicle)

Sunderland are unlikely to move for £10m Besiktas midfielder Oguzhan Ozyakup, 22, despite the Turkey international being linked with the club. (Sunderland Echo)

Southampton midfielder Jordy Clasie, 24, says he is ready to make his first Premier League start for the club against Leicester this weekend, following his summer transfer from Feyenoord. (Daily Echo)

Former Manchester United forward Bebe did not rule out a potential return to the club when asked about his ambitions for the future. The 25-year-old is playing at Rayo Vallecano, on loan from Benfica. (Publico - in Portuguese)

His team don't face Roma until the end of the month, but Inter Milan's 25-year-old forward Stevan Jovetic, formerly of Manchester City, has been getting in the mood by playing out the fixture on his console. He posted a picture on Instagram of him scoring a lovely cushioned finish past Wojciech Szczesny. 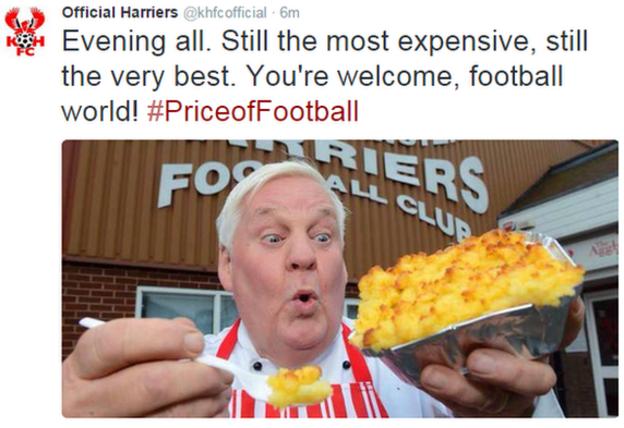 At £4.50, it is the most expensive in British football, and Kidderminster Harriers are well and truly proud of their award-winning cottage pie. "Still the most expensive, still the very best," the National League club tweeted in response to the BBC's Price of Football study.

Spanish club Getafe have launched a dating app they are calling "Getafinder", which urges supporters to "reproduce among ourselves so there will be more of us". (ESPN)