Paris St-Germain are confident they will beat Manchester United to the £100m signing of Real Madrid forward Cristiano Ronaldo, 30. (Sun)

And Klopp is prepared to hand former captain Steven Gerrard, 35, a role at Anfield looking at the club's 'long-term strategy'. (Independent)

Manchester United, Chelsea and Manchester City all want to convince Pep Guardiola, 44, to turn his back on Bayern Munich and be their next manager.(Sun)

Tottenham are monitoring Gent pair Laurent Depoitre and Moses Simon. Depoitre, 26, has scored six goals in 14 games for the Belgian league leaders while 20-year-old Simon is a Nigeria international who can play across the forward line.(Daily Mail)

David Wagner, 44, will reject the chance to again link up with Jurgen Klopp at Liverpool and instead succeed Chris Powell as Huddersfield manager. (Daily Telegraph)

Despite their lack of goals this season Newcastle may allow striker Ivan Toney, 19, to leave the club on loan. Wolves and Burton Albion are both keen on a move. (Newcastle Chronicle)

Tottenham midfielder Dele Alli, 19, is set to return to the England Under-21 squad when Roy Hodgson names his side to face Spain and France next week.(Daily Telegraph)

Hodgson will use the friendlies to take a look at Leicester winger Marc Albrighton, 25, and Crystal Palace forward Wilfried Zaha, 22.(Daily Star)

And fit-again West Ham forward Andy Carroll, 26, could earn a recall. Carroll - who scored at the Euro 2012 finals - last won a cap in September 2012.(Daily Mirror)

Monaco used Twitter to deny they have made an approach for Jose Mourinho after shareholder Alessandro Proto claimed the Ligue 1 side were interested in appointing the Chelsea boss.

Midfielder Fabian Delph endeared himself to the travelling Manchester City fans by sliding in front of the away end after his side's 3-1 victory at Sevilla in the Champions League on Tuesday.

Bayern Munich's official Twitter feed revelled in their side's 5-1 win over Arsenal in the Champions League on Wednesday, marking Thomas Muller's opening goal - their second - with a single-word post: "Mullered."

Spurs playmaker Christian Eriksen is challenged to name team-mates from descriptions by fans - and correctly selects himself as the answer to the question of who the best free-kick taker in the Premier League is. (YouTube) 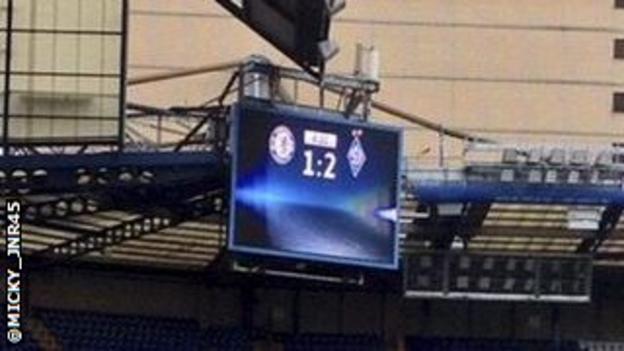 Chelsea may not have been feeling too confident before their Champions League game with Dynamo Kiev on Wednesday, as a fan took a picture of the scoreboard at Stamford Bridge showing the visitors holding a 2-1 lead - five hours before kick-off. The match did finish 2-1, but in favour of the Blues.