Chelsea's hierarchy are confident manager Jose Mourinho can turn around their poor season, according to Michael Emenalo, one of Roman Abramovich's closest aides and Blues technical director. (Daily Telegraph)

Liverpool manager Jurgen Klopp has warned his players they have five weeks to secure their Anfield futures. (Daily Mirror)

Chelsea and Manchester City are ready to challenge Manchester United for the signature of Barcelona's Brazil forward Neymar, 23, next summer. (Donbalon.com, via Daily Express)

Chelsea have been told by Shakhtar Donetsk that it will take a bid in excess of £30m to sign Alex Teixeira, 25, who has scored 21 goals in 22 matches this season. (Evening Standard)

Everton manager Roberto Martinez has warned Chelsea they are wasting their time even asking about the availability of England defender John Stones, 21, in the January transfer window. (Daily Mirror)

But Martinez says that Everton will be unable to prevent winger Gerard Deulofeu, 21, from leaving if Barcelona activate a £6.3m buy-back clause in his contract.(Guardian)

Manager Claudio Ranieri has told striker Jamie Vardy, 28, that staying at Leicester will give him his best chance of making England's Euro 2016 squad. (Daily Express)

Former Manchester United and Everton manager David Moyes, 52, says he will come back better and stronger after being sacked by Real Sociedad. (Sun)

Swansea boss Garry Monk says that speculation about him losing his job is being driven by an agenda from outside the club.(Guardian)

Borussia Dortmund want £42m for Pierre-Emerick Aubameyang, 26, who has scored 43 Bundesliga goals in just 77 appearances for the German club. Arsenal and Liverpool are interested in the Gabon forward. (Talksport)

Arsenal and Tottenham could miss out on Roma full-back Alessandro Florenzi, with Barcelona tracking the 24-year-old Italy international as the long-term successor to Dani Alves.(Talksport)

The Gunners are also ready to bid for Genoa defender Armando Izzo after sending scouts to watch the 23-year-old Italian.(Daily Star)

Stoke manager Mark Hughes has admitted that he feared losing Republic of Ireland forward Jon Walters, 32, over a contract dispute during the summer. (Daily Star)

Striker Charlie Austin, 26, is a target for several Premier League clubs, including Bournemouth, Newcastle and Aston Villa, but he is reluctant to leave QPR this January for a team battling against relegation from the top flight. (Evening Standard)

Tottenham are preparing to offer 19-year-old England midfielder Dele Alli a new contract after only 16 appearances for the club in recognition of his exceptional start at White Hart Lane. (Times - subscription required)

West Brom could make a move for York midfielder Ben Godfrey, 17, who has rejected a professional contract with the League Two club.(Birmingham Mail)

Leicester City are giving a trial to 18-year-old Barwell midfielder Brady Hickey, who has been labelled the "non-league Frank Lampard".(Daily Mail)

Watford striker Troy Deeney has thanked his former manager Gianfranco Zola for helping him to rebuild his career after the 27-year-old spent three months in prison in 2012.(Watford Observer) 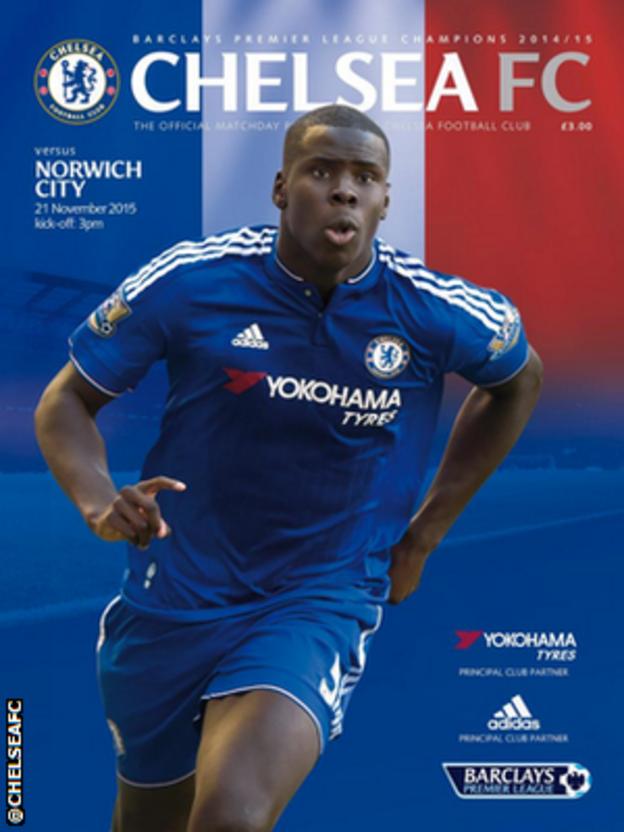 Chelsea will feature the Tricolore on the cover of their programme against Norwich City this Saturday to honour those killed in the Paris attacks. Chelsea's squad includes France defender Kurt Zouma and forward Loic Remy.

Liverpool captain Jordan Henderson, 25, says he is "feeling better every day" as he recovers from a broken foot suffered in September. "Thanks to all the medical/fitness staff! And thanks for all your support. Hopefully not to long now," the England midfielder adds on Instagram.

Chelsea goalkeeper Thibaut Courtois, who has not played since 6 September because of a knee injury, says he is getting closer to a return to action. "Next step in rehab today, good feeling in training. Still have to work hard before I will be playing again, but it's coming closer," the Belgium international tweeted on Thursday.

Meanwhile, Courtois' Chelsea team-mate Asmir Begovic took his mind off Bosnia-Herzegovina's failure to qualify for Euro 2016 by watching some tennis as Novak Djokovic took on Tomas Berdych at the World Tour Finals in London on Thursday. Begovic was in goal as Bosnia-Herzegovina lost the play-off 3-1 on aggregate to the Republic of Ireland.

Arsenal forward Alexis Sanchez, 26, has demonstrated his best dance moves in a Christmas advert for Huawei in his native Chile.(Daily Mirror)

Watford manager Quique Sanchez Flores has revealed himself to be the "number one fan" of singer/songwriter and honorary club president Sir Elton John.(Daily Mail)