Manchester United will have to pay more than £45m if they want to sign Everton defender John Stones, 21, next summer. (Manchester Evening News)

Tottenham are ready to offer England internationals Harry Kane and Dele Alli new contracts to keep them at White Hart Lane. Midfielder Alli, 19, will double his wages to £25,000 a week while 22-year-old striker Kane will see his salary rise to £70,000 per week. (Sun)

Manchester City's Belgium midfielder Kevin De Bruyne, 24, almost joined Jurgen Klopp at Borussia Dortmund in 2013, but was talked out of the move by his then Chelsea manager Jose Mourinho. (Telegraph)

Former Burton Albion manager Paul Peschisolido turned down the chance to sign Leicester striker Jamie Vardy, 28, for just £25,000 in 2011 - as he thought it was too big a gamble. (Sun)

Chelsea goalkeeper Thibaut Courtois, 23, is hopeful of making his return from a knee injury against Bournemouth on 5 December. The Belgian has not played for the Blues since August. (London Evening Standard)

Sunderland boss Sam Allardyce, who is set to be given a £15m transfer budget in January by chairman Ellis Short, is ready to sell striker Jermain Defoe, 33, and midfielder Seb Larsson, 30, to raise further funds for a squad overhaul. (Daily Mail)

And Allardyce says £8m Dutch midfielder Jeremain Lens, 27, is one of several Sunderland players whose below-par work-rate is costing them a place in the starting XI. (Sunderland Echo)

Switzerland midfielder Gokhan Inler, 31, may leave Leicester City in the January transfer window in an effort to secure first-team football. (Tuttomercatoweb - in Italian)

Manchester City and England goalkeeper Joe Hart, 28, says there will be no excuses if the Blues do not win the Premier League this season. (ESPN)

Stoke forward Bojan Krkic, 25, was moved to tears by the serious knee injury he suffered earlier this year. (Sport)

Newcastle midfielder Cheick Tiote, 29, says he has no intention of leaving the club and is finally fit after a 10-month struggle with a knee injury. (Daily Mirror) 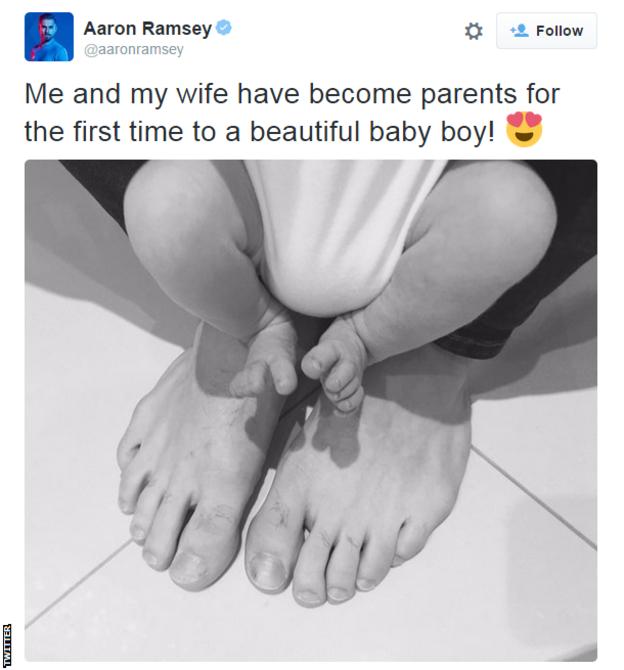 Arsenal midfielder Aaron Ramsey, 24, has announced the birth of his first child. Ramsey is currently out of the Gunners side with a hamstring injury. (Twitter)

Ex-Manchester United striker Ruud van Nistelrooy has wished Jamie Vardy good luck on Instagram as the Leicester City striker aims to equal Nistelrooy's 10-game Premier League goalscoring record on Saturday. The former Netherlands player wrote: "Records are there to be broken. Go on Vardy, all the best and good luck!"

Watford manager Quique Sanchez Flores plays in a seven-a-side league every Wednesday night in the town. The 50-year-old's team-mates include his 14-year-old son, and former Tottenham right-back Dean Austin - but Flores is yet to win man of the match. (Guardian)

Former Liverpool and England winger John Barnes revisited his rapping skills from World in Motion and the Anfield Rap, as he stole the show at the Football Blogging Awards in Manchester. (Metro)

Aston Villa forward Gabriel Agbonlahor, 29, and West Ham's vice-chairman Karren Brady are both on bookmakers' lists for the role of first mayor of the West Midlands. (Birmingham Mail)