Liverpool boss Jurgen Klopp says he does not intend to make any new signings in January as he wants to give his existing players a chance. (Telegraph)

Barcelona chief Josep Bartomeu says they will not need to sell Lionel Messi, Neymar or Luis Suarez to balance their books. (Sun)

Former Aston Villa and England full-back Tony Dorigo believes it is inevitable that Villa will be relegated from the Premier League this season. (Mirror)

Chelsea are lining up a summer move for Real Madrid forward James Rodriguez with the 24-year-old said to be considering his future because of a poor relationship with Rafa Benitez. (Fichajes via Daily Express)

Former referee Howard Webb says he wishes that match officials could speak out more about the decisions they make on the field. (Times - subscription required)

Liverpool full-back Jon Flanagan, 22, will return to full training next week as he looks to put his 18-month injury nightmare behind him. (Liverpool Echo)

Norwich forward Kyle Lafferty could be set for a return to Palermo. The 28-year-old scored 11 goals for the Italian club during the 2013-14 season. (Sky Italia via Talksport)

Aston Villa manager Remi Garde has revealed that one of his roles as Arsenal manager Arsene Wenger's first signing at the Gunners 19 years ago was to look after a young Patrick Vieira. (Birmingham Mail)

Watford are in talks with Roma over the loan signing of 22-year-old forward Juan Iturbe. (Tuttomercatoweb - in Italian)

Chelsea's corporate hospitality sales have been hit by their poor start to the season. (Times - subscription required)

What now for Swansea and Monk?

Swansea are keen to speak to Manchester United assistant manager Ryan Giggs, 42, about his plans before deciding who will succeed sacked manager Garry Monk. (Independent)

John Hartson says former Wales team-mate Giggs would be a great appointment and would be "nailed on" to take the number one job at Old Trafford should he prove to be a success. (BBC Radio 5 live)

Former Everton, Manchester United and Real Sociedad boss David Moyes, 52, says he does not want the Swansea job but is ready to return to management when the right job becomes available. (Talksport)

Former Arsenal star Dennis Bergkamp, 46, who is currently at Ajax has also ruled himself out of the Swans role. (Sun)

Swansea are confident they will have a new boss in place for next weekend's Premier League match against West Ham. (South Wales Evening Post)

Fulham want to appoint Monk, 36, as their new manager, and are prepared to wait until the New Year for him to agree a compensation package with the Swans.(Telegraph)

Barcelona and Argentina forward Lionel Messi isn't worried about his Christmas shopping. "Waiting for Father Christmas with my family!" he posted on Instagram. 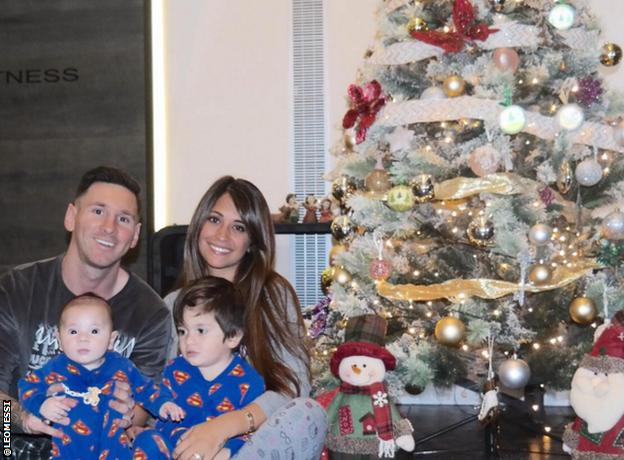 Tottenham goalkeeper Hugo Lloris was spotted with the man himself. "Plenty of festive cheer," Spurs posted on their Instagram account.

Meanwhile, Real Madrid and Portugal forward Cristiano Ronaldo was enjoying the simpler things in life, posting an Instagram picture of him eating a plate of tinned sardines. "Do you want some?" he asked his 40 million followers. 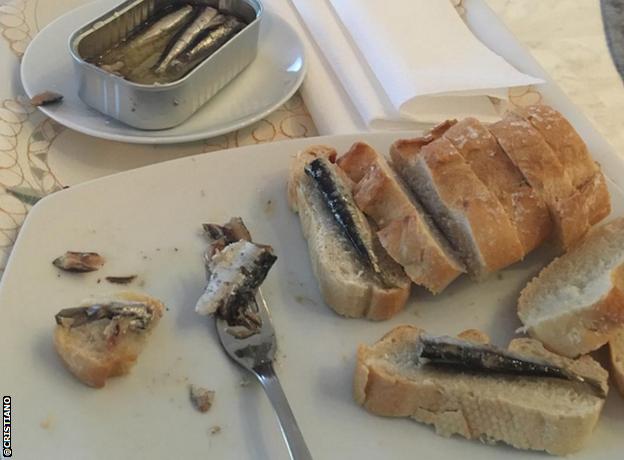 Sporting Lisbon striker Teofilo Gutierrez did not enjoy his finest hour as he pinched a referee's vanishing spray for a goal celebration, but then failed to use it properly and was promptly booked for his troubles. (Metro)

Leicester striker Jamie Vardy has been rewarded for his goal-scoring form with his own personal flavour of crisp. The limited edition Vardy Salted flavour will be available to all fans at the King Power Stadium on Monday when Leicester take on Chelsea. (Sun)

Everton have begun legal action against a farm shop over the use of their name. The shop is based in a Nottinghamshire village called Everton. (Guardian)