Chelsea will hold an emergency board meeting on Wednesday to discuss the future of manager Jose Mourinho. (Daily Mail)

Chelsea's players are turning on Mourinho and themselves.(Sun)

Mourinho, 52, has told his players he should have sold some of them in the summer.(Daily Mirror)

It is a question of when, not if, Mourinho will be sacked, with Chelsea likely to have to pay £10m to get rid of the Portuguese. (Daily Telegraph)

And Mourinho will not be able to spend his way out of trouble as Chelsea owner Roman Abramovich will not sanction a large transfer outlay during the January window. (Daily Star)

A lack of options for a move away from Stamford Bridge means Belgian forward Eden Hazard, 24, will not leave Chelsea in the January transfer window.(BBC Radio 5 live sport)

Chelsea will return with a new £40m bid for Everton defender John Stones, 21, when the transfer window opens in January.(Daily Express)

However, Everton manager Roberto Martinez says Stones knows he has no chance of leaving Everton in the transfer window. (Daily Mirror)

Louis van Gaal is starting to lose the Manchester United dressing room, with players having openly questioned his tactics after the 1-1 draw at Leicester at the end of November. (Sun)

Swansea are hoping to appoint Argentine coach Marcelo Bielsa, 60, as Garry Monk's successor before their game against West Ham this Sunday. (Daily Star)

Leicester City and Algeria forward Riyad Mahrez, 24, says he is staying at the Foxes until the end of the season despite being linked with Arsenal and Tottenham.(French radio station RMC)

Leicester boss Claudio Ranieri is on course to receive a huge bonus after being promised an extra £100,000 for every place above 17th that City finish in the Premier League table. The Foxes are two points clear at the top. (Daily Mail)

Southampton want England and Tottenham winger Andros Townsend, 24, who turned out for Spurs' Under-21s on Monday.(Sun)

Aston Villa will consider offers for club captain Gabriel Agbonlahor, 29, as the forward has fallen out of favour with the club's French manager Remi Garde.(Times - subscription required)

Tottenham will learn on Wednesday whether their revised plans for a new £400m 61,000-seater stadium will get the go-ahead. (London Evening Standard)

Brighton boss Chris Hughton is deciding whether to strengthen his promotion-chasing squad by bringing in a winger to the Championship club next month.(Argus)

Gateshead-born former Liverpool and Everton midfielder Don Hutchison believes Newcastle United can all but relegate Aston Villa on Saturday. The ex-Sunderland player says there is no way back for Villa if they lose.(Chronicle)

Former Liverpool assistant Sean O'Driscoll, 58, is favourite to be named manager of League One Walsall.(Express & Star)

Midfielder Alex Song, who is on loan at West Ham from Barcelona, caused a stir when he turned up for training on Tuesday wearing a suit and...a pair of white shoes. 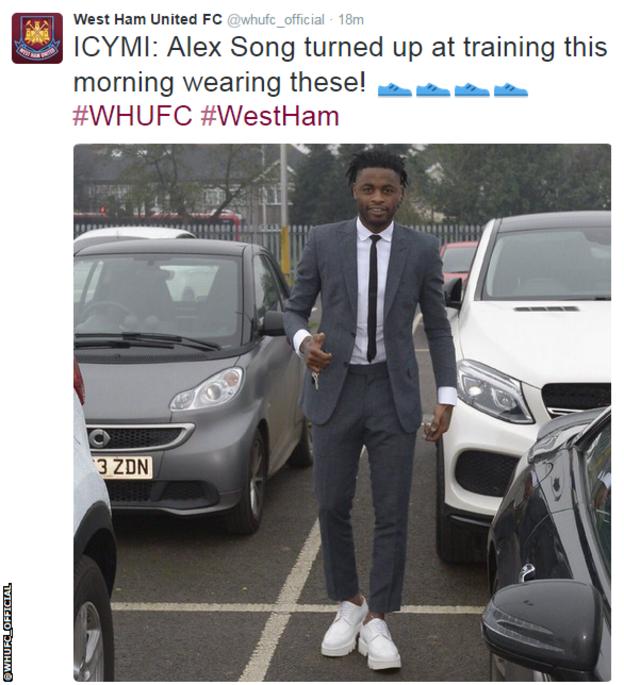 Arsenal goalkeeper Petr Cech equalled the Premier League clean sheet record on Sunday in the 2-0 win at Aston Villa, with his 169th shut-out in the English top flight. To mark the occasion, his wife baked him a cake depicting the keeper in his full Gunners kit. "Found this in the morning...My wife's baking," he wrote on Twitter. 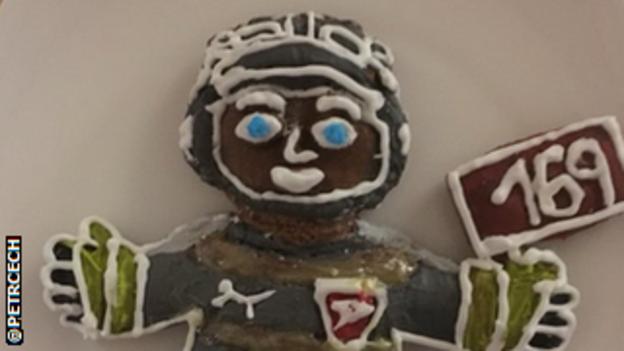 Arsenal's attacking midfielder Mesut Ozil is way ahead of the game when it comes to Premier League assists. The German has got 13 so far - six more than Everton's Gerard Deulofeu in second. Even when he's soaking up the sun, setting up goals is very much on his mind - why else would he add the hashtag #alwaysassisting to this Instagram snap? Arsenal play Manchester City next Monday. 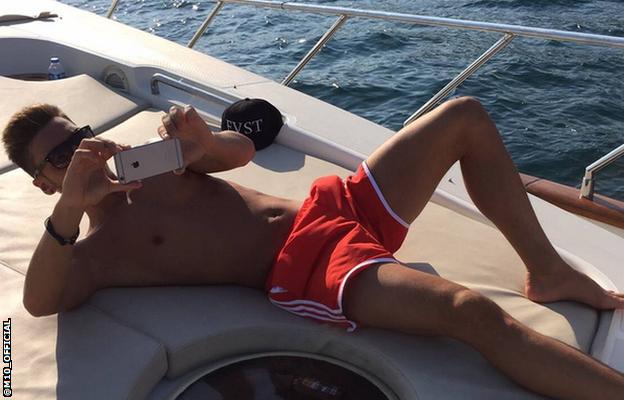 Championship club Huddersfield Town have come up with a new money-making venture - pre-paid funeral plans. A Town-themed funeral costs £4,195 and includes a blue and white coffin or a traditional coffin draped with a Huddersfield shirt, and the name and number of the deceased. (Huddersfield Daily Examiner)

A free bag of crisps produced in honour of Leicester City striker Jamie Vardy is on offer online for £1m. (Leicester Mercury)