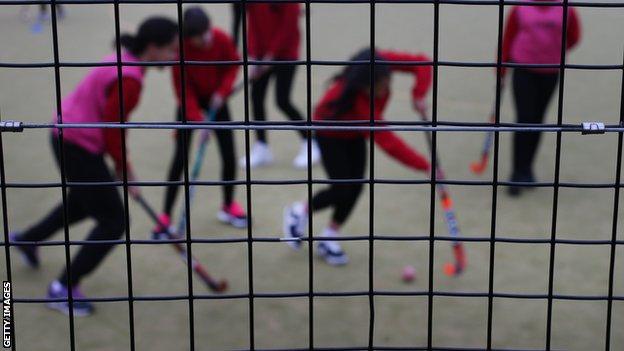 Children as young as five will be targeted as part of a new government strategy to involve more people in sport and fitness.

As part of the plan, the Premier League will double its grassroots investment.

Having announced her intention to "rip up" the old strategy, Crouch has spent the past four months consulting all relevant bodies.

"Sport has an incredible power to do social good and that is what our new strategy is all about," she said.

"We will invest in sport and physical activity that shows how it can have a positive impact on people's lives, how it brings communities together, while ensuring it continues to make a significant contribution to the economy too."

Crouch voiced her displeasure with the status quo after data from Sport England suggested that the growth in participation that followed London's successful bid to stage the 2012 Games was stalling, particularly in England. Almost six out of 10 adults were playing no sport in a typical week.

More recent data, released last week, painted a slightly better picture but the overall impression was that a decade-long attempt to push teenagers and lapsed athletes into formal sport had gone as far as it could.

Under the old strategy, Sport England was sharing a huge chunk of its budget with each sport's national governing body (NGB), based on agreed plans to boost participation among the over-14s.

Crouch now wants that investment to start at five years of age and is asking Sport England to back successful projects run by charities and organisations outside the traditional NGB structure.

The main beneficiaries of this are likely to be Access Sport, Greenhouse Sports, parkrun, Sported, StreetGames and Street League - not-for-profit bodies that have enjoyed great success in getting young people more active despite little NGB support.

Schemes will also be supported if they have educational, economic and societal benefits, with money ring-fenced for projects targeted at the disabled, disadvantaged communities and pensioners.

The impact of these programmes will be gauged in a new way, with the much maligned Active People Survey being replaced by Active Lives - a wider survey that will also measure activities such as dance, rambling and cycling to work.

These strategic changes will only apply in England but the sports councils from the other home nations are subject to Crouch's plan to promote better governance with a new code that all bodies in receipt of public funds will have to implement by 2017.

Among other UK-wide plans are more co-operation between government, the sports councils, NGBs and UK Sport - the agency that funds elite sport - in bidding for world-class events.

Former Paralympian Dame Tanni Grey-Thompson, meanwhile, will head a working party that will look at ways to make sport safer in the wake of concerns about concussions and cardiac arrests.

"We want to maintain Britain's reputation as one of the leading nations in the world for putting on major sporting events, while making sure we are the best in the world on good governance too," said Crouch.

Shadow Sports Minister Clive Efford said the measures were exactly what the opposition has been asking government to do for five years.

"I am delighted that government thinking has finally arrived in the 21st century," said Efford, who also voiced concerns about sport's ability to pay for such a broad spectrum of programmes.

"We have wasted five years going backwards because this government attacked the very foundations on which a coherent sport strategy should have been built."

The new strategy comes after a good month for British sport, which had been worried about the possibility of cuts to its government funding in last month's comprehensive spending review.

Chancellor George Osborne promised to maintain the existing levels of support for the elite and grassroots sectors.

Emma Boggis, chief executive of the Sport and Recreation Alliance - the umbrella group for NGBs, welcomed the new strategy.

She said the government and sport were in agreement the "good work" already being done needed to be more "joined up" and "effectively measured".

Premier League executive chairman Richard Scudamore said the new strategy recognised the league's efforts to invest in community sports and he had agreed to increase that investment to at least £100m over the next three years, providing the current Ofcom investigation into Premier League rights approves the next set of TV deals.