Barcelona forward Neymar, 23, is in negotiations over a new contract with the Spanish club, but says he is aware of Manchester City's interest in him. (Independent)

Manchester United striker Wayne Rooney, 30, has not scored for his club since 3 November and fears his form could cost him a place in the England side at Euro 2016. (Times - subscription required)

Former Chelsea left-back Ashley Cole, 35, will meet with LA Galaxy bosses this week to try and secure a move to the Major League Soccer club in the United States. (Daily Express)

Cole's ex-Chelsea team-mate Frank Lampard believes the club should have kept former manager Jose Mourinho until the end of the season. (Sun)

Manchester United winger Adnan Januzaj, 20, could be coming back to Old Trafford early after an unsuccessful loan period at Borussia Dortmund. (Sun)

Bacary Sagna is urging Manchester City fans to be patient with his fellow French international Eliaquim Mangala, 24, insisting the defender can still be a "great" given time.(Daily Express)

Tottenham beat Watford thanks to a dramatic late Son Heung-min goal and his Spurs team-mate Dele Alli posted a picture in honour of his team-mate on Twitter:

Injured Liverpool and England striker Daniel Sturridge posted a picture on Twitter of him and his family playing an Anfield-themed version of the board game Monopoly.

Striker Peter Crouch tweeted his support to his Stoke team-mates after their 4-3 win over Everton, but also mentioned his omission from Mark Hughes' squad.

West Ham striker Andy Carroll was a focal point on social media on Monday after sporting a braided ponytail as the Hammers beat Southampton. (Metro)

Match of the Day pundit Ian Wright's defence of out-of-favour West Brom striker Saido Berahino had his colleague Alan Shearer in stitches, as the former Newcastle striker tweeted. Wright said Berahino, 22, was "a really good lad, he loves his mum." 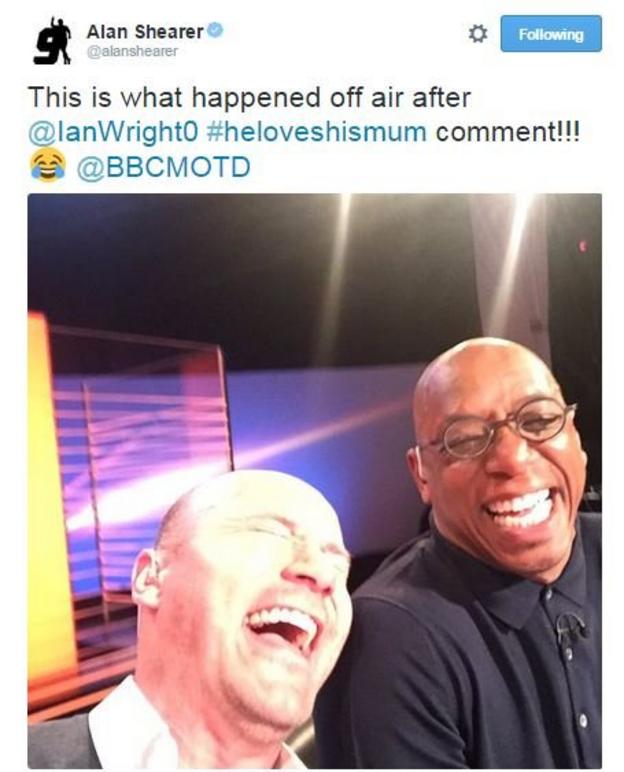