Manchester United are closing in on a £35m deal for Lazio's Brazil international midfielder Felipe Anderson, 22. (The Sun)

Arsenal and Liverpool will have to wait until the summer if they want to sign Paris St-Germain winger Ezequiel Lavezzi as the 30-year-old is unlikely to leave the French champions in January.(Radio CRC via Daily Express)

Juventus boss Massimiliano Allegri, 48, is learning English and would like to manage Chelsea or Manchester United. (Daily Mirror)

Premier League champions Chelsea, who currently languish in 14th place, have not put relegation clauses into the contracts of their star players, meaning they would be committed to a wage bill of around £200m if they were demoted to the Championship.(The Times)

Debuchy wants to leave so he stays in contention for a place in France's Euro 2016 squad. Roma and Lyon could be possible destinations.(Daily Mail)

Paris St-Germain striker Zlatan Ibrahimovic, 34, says he has no intention of leaving the club, despite his contract expiring at the end of the season. (AFP)

Everton have offered Grasshopper Zurich's Switzerland forward Shani Tarashaj a four-and-a-half-year contract. Grasshopper want the 20-year-old loaned back to them for the rest of the season if a deal is agreed. (Guardian)

Troy Deeney, 27, says Watford owner Gino Pozzo would not sell fellow forward Odion Ighalo and that the Hornets "laugh" at speculation linking the 26-year-old with a move. (Evening Standard)

Deeney and Ighalo will be offered big pay rises to keep them at the club. (Daily Mirror)

Chelsea scout Piet de Visser believes the talent of striker Bertrand Traore, 20, is being "wasted on the bench". (Daily Express)

Former Liverpool defender Jamie Carragher was asked how he felt about ex-team-mate El Hadji Diouf calling him "the biggest turkey I've seen on a football pitch". Carragher said: "It's better than a Donkey & plenty have called me that before!"

Stoke midfielder Charlie Adam welcomed the knighthood of AP McCoy but remarked on some absentees with his tweet: "surprised to see no David Beckham or @andy_murray being knighted from the Queen." 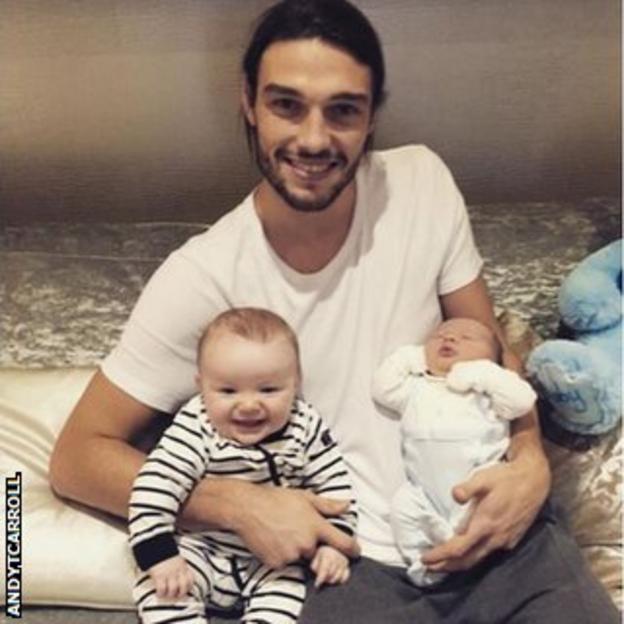 West Ham striker Andy Carroll posted a family portrait on Instagram with the words: "Where have the months gone!! Can't believe my little AC is a tank compared to the new addition to the family!!"

Stoke playmaker Bojan Krkic posted his own review on Twitter: "Very thankful for everything in 2015. Despite the injury which I overcame and learned from, it's been a great year."

Liverpool boss Jurgen Klopp says his team are struggling to adapt to his tactics because of the wind in England. (Sport Bild via Daily Mail)

Islington Council may have got a little bit excited when it tweeted that Arsenal's parade if they win the Premier League will take place on Sunday, 22 May - before later deleting the post. (Evening Standard)