Southampton and Senegal striker Sadio Mane, 23, could be a target for Manchester United with his future at the Saints in doubt after he turned up late for a team meeting and was dropped on Saturday. (Mail on Sunday)

But Watford's interest in Lazio team-mate Keita Balde Diao, 20, could see the Italian club back out of a deal with United for Anderson. (Sunday Express)

Real Madrid are anticipating a bid from Manchester City for attacking midfielder Isco - but will only sell the 23-year-old for £30m. (Mail on Sunday)

Stoke City could lose Spain forward Bojan Krkic for £10m in the January transfer window. The 25-year-old former Barcelona player has a buyout clause in his contract that leaves him open to interested parties. (Sunday Mirror)

Liverpool fear they could be priced out of a move for Barcelona goalkeeper Marc-Andre ter Stegen, 23, with the Spanish club valuing the German international at £20m. (Sunday Mirror)

Juventus and France midfielder Paul Pogba, 22, says his time at Manchester United was like being on holiday in comparison to the work he has to do at his current club. (La Stampa via Sky Sports)

Paris St-Germain want to sign Stoke City's 26-year-old Austria forward Marko Arnautovic, who they have been following for the past two years. (Sunday People)

Newcastle manager Steve McClaren says the club are working hard to strengthen in the January transfer window but has refused to confirm a move for QPR striker Charlie Austin, 26. (Sunday Express)

Tottenham goalkeeper Hugo Lloris, 29, says he would have left the club had it not been for the rejuvenating influence of manager Mauricio Pochettino.(L'Equipe via Evening Standard)

Serie A champions Juventus are interested in 19-year-old Fulham forward Moussa Dembele, who is out of contract in the summer.(Mail on Sunday)

Zlatan Ibrahimovic's agent Mino Raiola says the 34-year-old Paris St-Germain striker could move to a Premier League side this summer. (Independent on Sunday)

Norwich will compete with Swansea and Aston Villa to sign out-of-favour Chelsea forward Loic Remy, 29, in January.(Sun on Sunday)

Sunderland striker Jermain Defoe, 33, could return to Bournemouth for £6m - 15 years after a loan spell with the Cherries.(Sunday Mirror)

Saturday's win for Manchester United over Swansea meant plenty of smiling faces in the home dressing room at Old Trafford. And Bastian Schweinsteiger was happy to pose with goal-scoring team-mate Wayne Rooney. 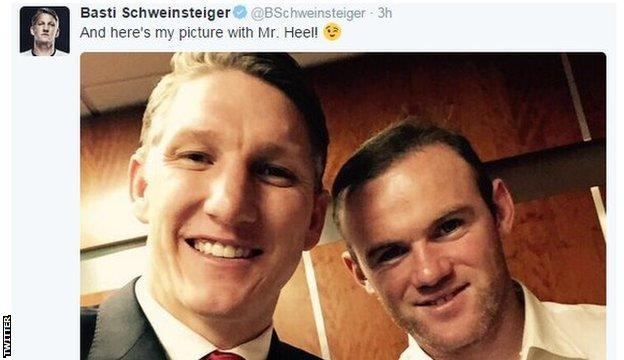 Comedian and West Ham fan James Corden was at Upton Park - which West Ham will leave after this season - with fellow comic and Liverpool fan John Bishop for Saturday's Premier League game. Corden was the one celebrating after the Hammers claimed a 2-0 win, and it was an emotional day for the star. 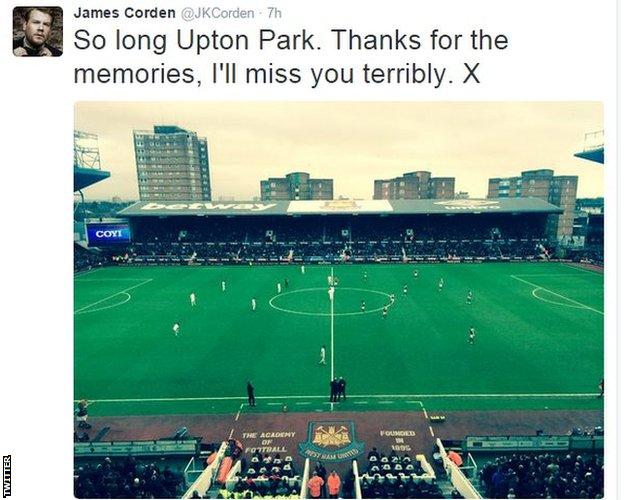 Bookmakers have slashed the odds on the world transfer record being broken in 2016 amid rumours of Lionel Messi moving from Barcelona to Manchester City. (Metro)

A freestyler will juggle a football from Sheffield to Liverpool - a distance of 78 miles - in April to commemorate the 27th anniversary of the Hillsborough disaster. (Liverpool Echo)