Everton striker Romelu Lukaku, 22, wants to join Paris St-Germain or Real Madrid in the summer rather than Manchester United. (Sun) 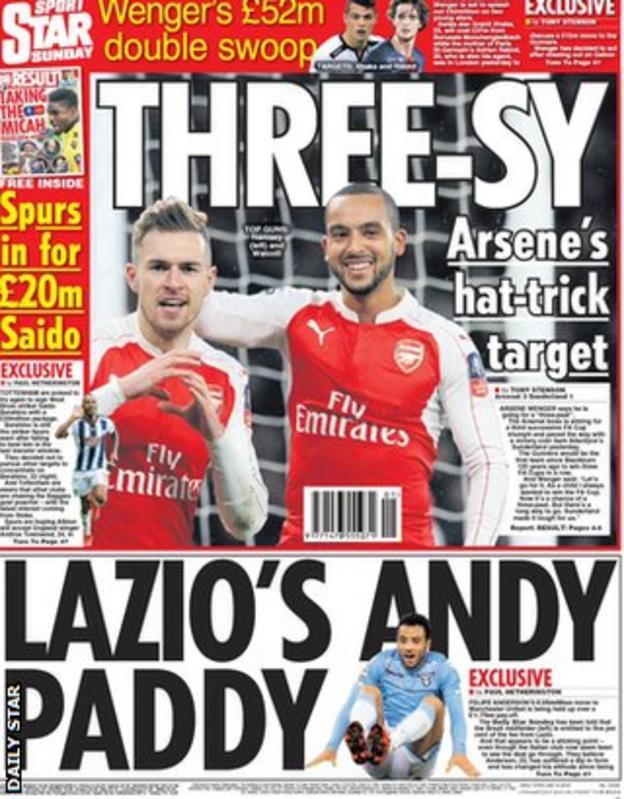 Liverpool manager Jurgen Klopp has grown frustrated with striker Daniel Sturridge's persistent injury problems and is ready to listen to offers for the 26-year-old. (Mirror)

Tottenham boss Mauricio Pochettino is among the possible replacements for Louis van Gaal being considered by Manchester United executives. (Mirror)

Swansea will offer striker Wilfried Bony, 27, the chance to return to the Liberty Stadium and are also considering a move for Milan's Netherlands midfielder Nigel de Jong, 31. (Sun)

Lazio rejected a bid of 50m euros (£37.6m) from Manchester United for midfielder Felipe Anderson, 22, in August but have not received another bid from the Red Devils, according to the Italian side's director of sport. (ESPN) 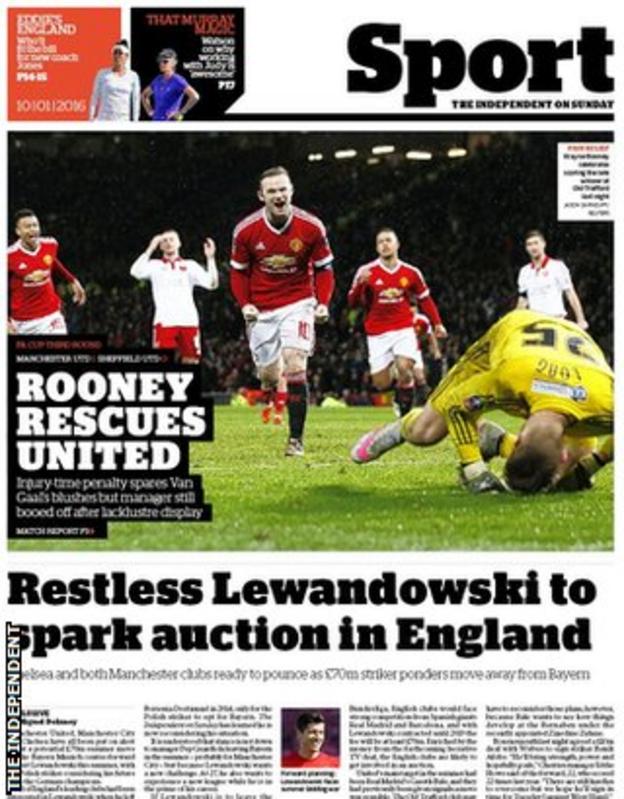 Manchester United have rejected an approach from AC Milan to take midfielder Marouane Fellaini on loan and have told the Italian side it would cost £24m to buy the 28-year-old in a permanent deal. (Mirror)

United boss Louis van Gaal does not expect his club to make any signings during the January transfer window. (Talksport)

Bayern Munich striker Robert Lewandowski, 27, is considering his future with the German champions. Manchester United, Manchester City and Chelsea have all been interested in the Poland international. (Independent)

Everton are preparing a £21m bid for Dynamo Kiev winger Andriy Yarmolenko in the hope of capturing the 26-year-old before his value potentially rises after Euro 2016. (Mail)

The agent of Manchester City playmaker Yaya Toure says that he fears that the 32-year-old could prove surplus to Guardiola's requirements if he takes charge at the Etihad. Guardiola sold Toure in 2010 when they were at Barcelona together. (Sunday Mirror)

Arsenal manager Arsene Wenger has hinted 23-year-old Basel midfielder Mohamed Elneny, who is set to complete a move to the Emirates in the next few days, will be the Gunners' only signing during the January transfer window. (London Evening Standard)

Sevilla's Poland international midfielder Grzegorz Krychowiak, 25, says he is aware of interest from the Gunners.(FourFourTwo via Telegraph) 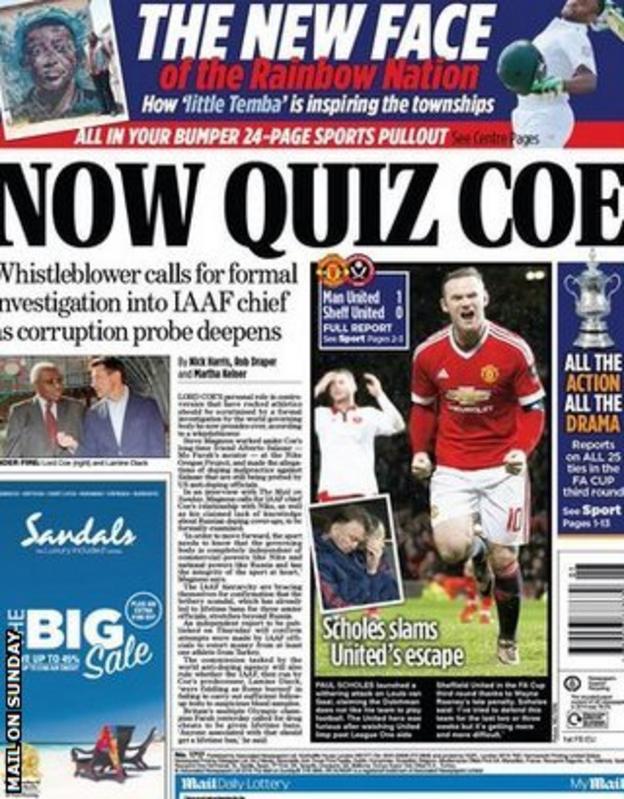 Stoke striker Marko Arnautovic, 26, wants a weekly wage of more than £100,000 if he is to extend his contract, which expires at the end of next season. The Potters have a wage ceiling of £70,000 a week. (Observer)

The Sunday Mirror is launching a Knight the Heroes of 1966 campaign to have all the survivors of England's triumphant World Cup campaign knighted. 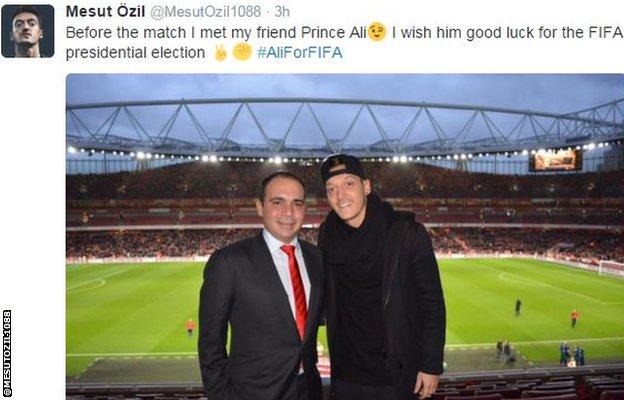 Former Barcelona and Chelsea striker Samuel Eto'o, 34, has an unusual award to add to his collection. Eto'o, now at Antalyaspor, explained on Twitter: "I'm proud to be awarded the trophy for best transfer in Turkey 2015."

Sunderland's 21-year-old goalkeeper Jordan Pickford made his competitive debut for the club in the 3-1 FA Cup defeat by Arsenal. He wrote on Twitter: "The dream has finally come true! Making my debut for @SunderlandAFC is the proudest moment for me and my family! Hard work pays off." 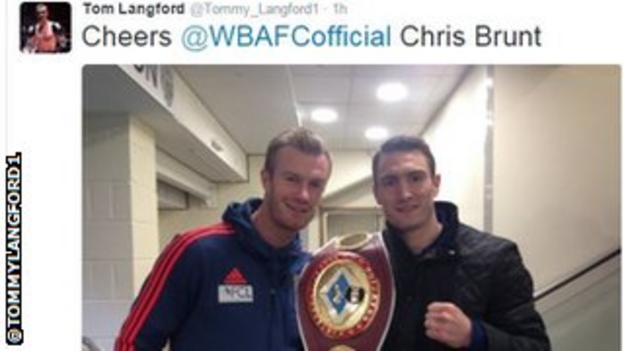 WBO intercontinental middleweight champion and West Brom fan Tommy Langford took his belt along to be photographed with several Baggies players - including Chris Brunt - at the FA Cup tie with Bristol City. Langford fights Lewis Taylor for the vacant Commonwealth title at the Echo Arena in Liverpool next month.

Manchester United fan Leanne told 606 her side are the "most boring team in the world" after they scraped a 1-0 win over Sheffield United in the FA Cup third round. (Listen to the clip)

Bolton manager Neil Lennon was unhappy with the playing conditions for his side's 1-1 draw against Eastleigh and described the pitch as "like a ploughed field." (Listen to the clip)

Doncaster's Richard Chaplow did not just have to think about his team's 2-1 defeat by Stoke as he made his way home. Potters fans serenaded the follically challenged midfielder with: "He looks like my thumb." But Chaplow took the episode in good spirits, tweeting a video of the incident and writing: "When you've just played Stoke and get recognised by their fans on the train after - good to set be fair #awaydays."

Oxford striker Kemar Roofe spends time away from the pitch designing clothes for his own fashion label.(Sun)