Chelsea have tabled a £30m bid for Shakhtar Donetsk attacking midfielder Alex Teixeira, 26, who has scored 26 goals in 26 games this season. (Star) 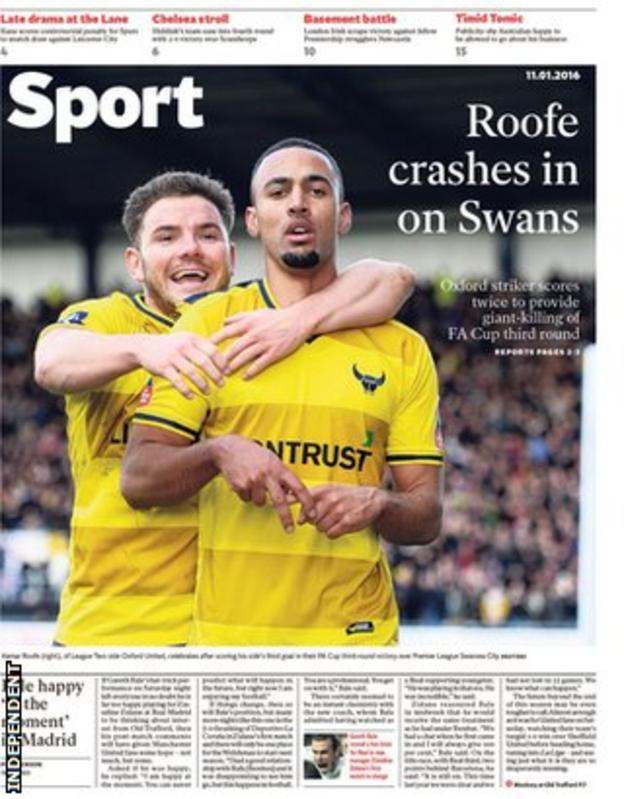 The Blues are also eyeing a deal for AC Milan striker Carlos Bacca, 29, and are willing to meet the £30m asking price. (Gazzetta dello Sport via Express)

Everton will make a £21m offer for Dynamo Kiev winger Andriy Yarmolenko, 26, and they have completed the sale of Steven Naismith, 29, to Norwich. (Express)

Liverpool manager Jurgen Klopp has told outgoing Bayern Munich boss Pep Guardiola he will need a squad of 35 players to cope with the fixture demands if he come to the Premier League. (Mirror)

The Magpies have also made a move for 23-year-old Swansea midfielder Jonjo Shelvey. (Sky Sports)

Aston Villa duo Joleon Lescott, 33, and Brad Guzan, 31, allegedly swore at their own fans after drawing against Wycombe in the FA Cup.(Mirror)

Villa manager Remi Garde hopes to be handed a large transfer fund to turn around the club's season after talks with the board. (Sun)

Oxford United manager Michael Appleton has warned Newcastle off midfielder Kemar Roofe, 23, after he played a starring role in the FA Cup win over Swansea. (Mirror)

Stoke forward Peter Crouch, 34, has suggested he may have to leave the club after failing to start a Premier League match all season. (Telegraph) 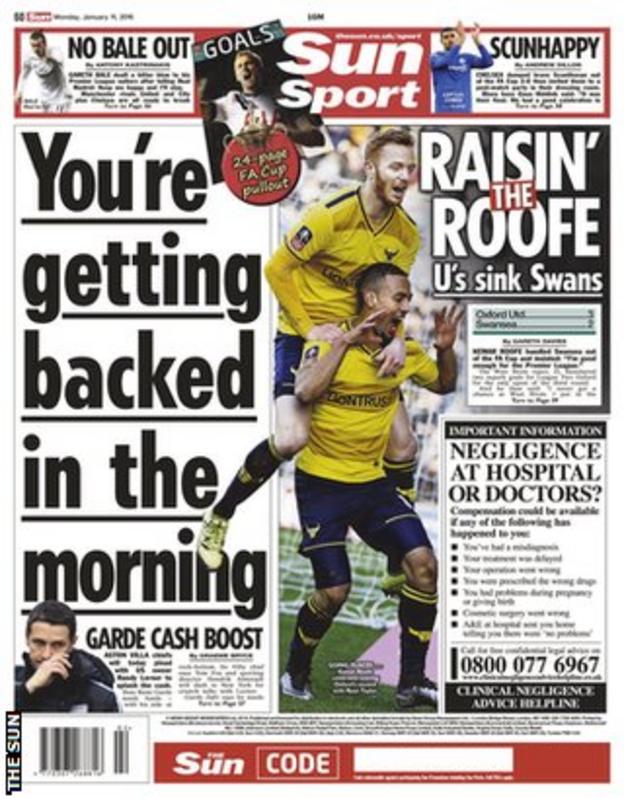 Basel midfielder Mohamed Elneny, 23, is set to complete a £7.4m move to Arsenal within the next 24 hours. (Independent)

Real Madrid forward Gareth Bale says the sacking of manager Rafael Benitez was a "big disappointment", but that he is still happy at the club. (Guardian)

Arsenal full-back Hector Bellerin believes the Gunners have enough strength in depth to compete for a league and cup double this season. (London Evening Standard)

Harry Redknapp has called for the Premier League to work more closely with the Football Association to help preserve the standing of the FA Cup. Redknapp, as a manager, won the cup with Portsmouth in 2008. (Telegraph)

A groom whose wedding speech went viral after he dedicated it to Mesut Ozil has received a personal invite to the Emirates from the Arsenal midfielder on Twitter - along with his new wife.

Liverpool's new signing Marko Grujic almost did not go through with the transfer - because he was so scared of getting in the MRI machine for his medical. (Mail)

Former Swansea forward Michu says he was more nervous making his debut for Spanish fourth-tier side Union Popular de Langreo this weekend than he was when he played at Old Trafford and Anfield in the Premier League. (Guardian)