Manchester United have opened talks with Atletico Madrid over midfielder Saul Niguez. The 21-year-old Spaniard has an £18m release clause in his contract. (Daily Mirror)

Tottenham striker Harry Kane, 22, says Tottenham have a great future and he is happy to stay despite being linked with a summer move to Real Madrid. (Sun)

The North London club have competition from Turkish side Galatasaray as they attempt to sign Chelsea's 29-year-old France striker Loic Remy. (Daily Express)

West Bromwich Albion striker Saido Berahino wants to join Spurs in the current transfer window. The 22-year-old will reject offers from all other clubs. (Sun)

However, Liverpool will still try to tempt Berahino to Anfield as a replacement for Daniel Sturridge, 26. (Daily Express)

Borussia Dortmund boss Thomas Tuchel has said that Liverpool target Neven Subotic is going nowhere this month, despite the 27-year-old Serb midfielder being linked with a loan move to the Anfield club. (Liverpool Echo)

Leicester defender Ben Chilwell, a target for Arsenal and Liverpool, will be offered a new deal by the Foxes. The 19-year-old's current contract sees him earn £800 a week. (Telegraph)

Former Arsenal and current Denmark striker Nicklas Bendtner, 27, could be on his way from Wolfsburg to Newcastle United. (Bild - in German)

Lazio's Brazil playmaker Felipe Anderson, 22, says he does not know if he will still be with the Serie A club at the end of January. (Daily Star)

The champions are confident that academy graduate Ruben Loftus-Cheek will sign a new contract now that the 19-year-old midfielder has been granted first-team opportunities.(London Standard)

Southampton are set to improve on their £12.2m bid for Italian midfielder Stefano Sturaro, 22, after Juventus rejected their initial offer.(Daily Mirror) 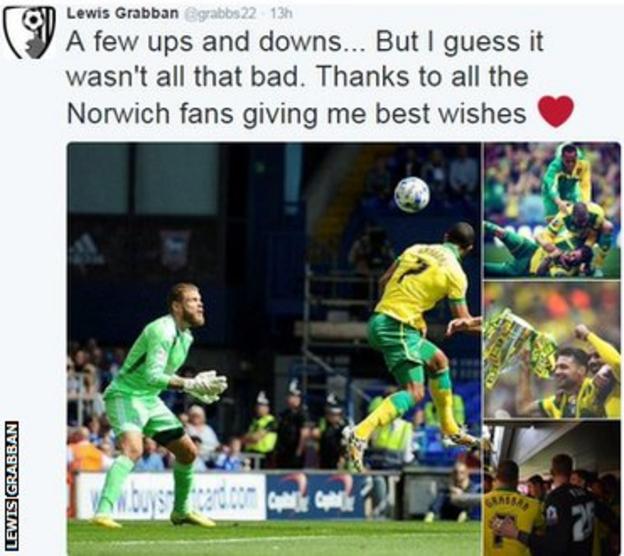 Lewis Grabban took to twitter to thank Norwich fans after the 28-year-old striker completed his move from the Canaries back to former club Bournemouth.

Norwich team-mate Kyle Lafferty was pleased for Grabban. He wrote: "Congrats mate - will be missed in the dressing room. Top player and top guy."

Leeds United boss Steve Evans has been forced to have the club badge sewn on to his own training gear because the club's official training kit is not big enough to fit him. (Daily Star)