Chelsea winger Eden Hazard might have been linked with a move to Paris St-Germain, but the 25-year-old would only think about leaving the Stamford Bridge club to join Real Madrid. (Daily Telegraph)

Chelsea captain John Terry, 35, will turn down any big-money offer from China, preferring a move to either America's Major League Soccer or Qatar. (Daily Mirror)

Manchester United have sent scouts to Portugal to watch Braga winger Rafa Silva, 22, who has a £15.5m release clause in his contract. (Express, via A Bola)

Midfielder Michael Carrick, 34, is considering moving abroad over fears he will not be offered a new deal at Manchester United. (ESPN)

Chelsea have offered their Brazilian attacker Willian a four-year deal worth £120,000 a week amid concern that the club could lose top players if they fail to qualify for Europe. (Times - subscription required)

Juventus manager Massimiliano Allegri's agent has ruled out a move away from the Italian club for his client amid interest from Chelsea. (Daily Mail)

If Allegri does move to Chelsea, Juventus will turn to Manchester City's Manuel Pellegrini to replace him.(Independent)

Pep Guardiola will consider offering Arsenal midfielder Mikel Arteta his first full-time coaching post at Manchester City if the 33-year-old decides to end his playing career at the end of this season. (Times - subscription required)

Tony Pulis looks set to leave his post as West Brom manager in the summer with the 58-year-old fed up of criticism from fans over the team's style of play. (Daily Express)

Relegation-threatened Aston Villa supporters are planning a mass walkout at the next three Villa Park matches to protest about the way the club is being run. Fans have been asked to leave their seats in the 74th minute. (Birmingham Mail)

West Brom captain Darren Fletcher insists there is no problem between the players and the fans after winger Chris Brunt was hit on the face by a coin thrown by one of their own supporters. (Express and Star)

Tottenham forward Son Heung-Min, 23, says losing to Crystal Palace in the FA Cup could help "tired" Spurs as they challenge for the Premier League title and success in the Europa League. (Daily Telegraph)

Romanian side Rapid Bucharest are in talks to sign Watford's 19-year-old midfielder George Byers on loan until the end of the season. (Watford Observer)

Liverpool defender Kolo Toure, 34, says he will battle hard to show he deserves a new contract at Anfield when his current deal runs out at the end of the season. (Liverpool Echo)

Premier League strugglers Sunderland have been linked with a summer move for Belgian striker Laurent Depoitre, 27, who has scored 13 goals for Gent this season. (Sunderland Echo)

Middlesbrough boss Aitor Karanka believes Jose Mourinho, who he assisted at Real Madrid, will be back in a job soon because he is the best manager in the world. (Mirror)

Former Scotland international Don Hutchinson feels handing the Newcastle captaincy to Jonjo Shelvey, 23, "would be the making of the midfielder". (Chronicle)

Tim Howard, 36, wants a four-year deal worth more than £14m to join MLS side Colorado Rapids. The American is currently on a £70,000-a-week deal at Everton. (the Sun)

Swansea have been linked with a move for Italian striker Stefano Okaka, 26, who currently plays for Belgian side Anderlecht. (South Wales Evening Post)

Bournemouth defender Simon Francis, 31, believes the club are in a "good position" despite being just four points above the Premier League's relegation zone. (Bournemouth Echo)

After forgetting to watch Manchester United's Europa League game on Thursday because he was playing Fifa, Nick Powell was asked by Hull team-mate David Meyler if he had time for a game on Monday evening. 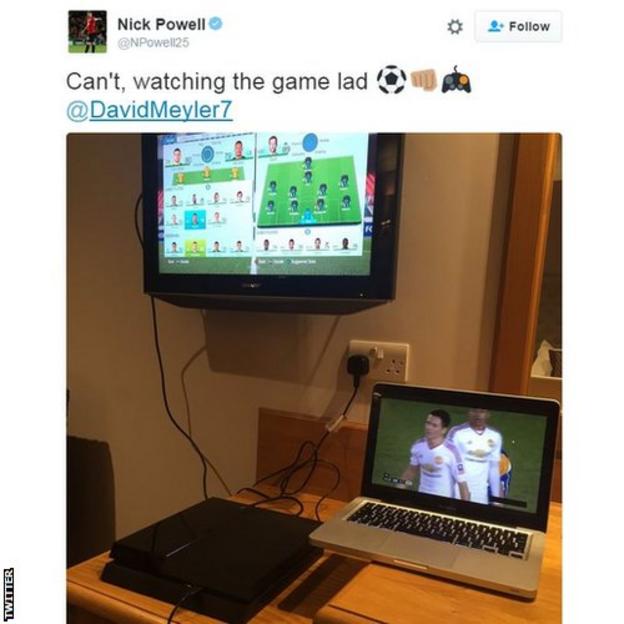 Forward Luis Suarez arrived at Barcelona airport for their trip to London to face Arsenal in the Champions League on Tuesday without his passport. (the Sun)