David Moyes is expected to open talks with Newcastle United about becoming their next manager, with Steve McClaren set for the sack. (Sunday Telegraph)

The Blues want to re-sign Everton striker Romelu Lukaku, 22, this summer but will have to pay double the £28m they sold the Belgian for in 2014. (Sun on Sunday)

Former Chelsea boss Jose Mourinho is understood to be resigned to Ryan Giggs succeeding Louis van Gaal as Manchester United manager - but that may not happen until the end of next season. (Sunday Mirror)

United also want Borussia Dortmund striker Pierre-Emerick Aubameyang. As the 26-year-old's fee could rise to £70m, Arsenal are likely to be out of contention. (Mail on Sunday)

Arsenal manager Arsene Wenger is likely to be 'invited' to leave at the end of the season if the Gunners fail to beat Hull in their FA Cup replay in midweek, with former captain Patrick Vieira favourite to replace him. (Sunday Express)

Striker Saido Berahino, 22, is set to complete his protracted move to Tottenham, with West Brom having agreed in principle that he can join the north London club in the summer. (Observer)

Italy coach Antonio Conte is set to meet Chelsea owner Roman Abramovich in Monaco next week as he edges closer to becoming the club's next manager.(Mail on Sunday)

Chelsea are negotiating with Paris St-Germain to swap striker Diego Costa, 27, for Edinson Cavani, 29, in the summer transfer window.(Le 10 Sport - in French)

Incoming Manchester City manager Pep Guardiola is looking to sign three world-class players this summer - with £150m-plus to be spent on that trio.(Sunday Mirror)

Liverpool boss Jurgen Klopp will be given £100m to spend to turn Liverpool into title contenders.(Sun on Sunday)

Hammers chairman David Gold tweeted the win was "sweet revenge" for midfielder Dimitri Payet, who was injured in the reverse fixture.

Following a 1-0 win at Watford that took Leicester five points clear at the top of the Premier League, defender Danny Simpson said: "Big away win today and a clean sheet. The boys dug in and a class goal from Mahrez."

After drawing 2-2 in the north London derby with Arsenal, Tottenham striker Harry Kane wrote: "Very good performance today. Needed to finish the game off when we had the chance. We go again. Fans were unreal."

Injured Gunners goalkeeper Petr Cech said his team-mates showed "great spirit" to come from 2-1 down when they were down to 10 men.

Manchester City striker Sergio Aguero, who scored twice in the 4-0 win over Aston Villa, said: "A big win to stay in the race. It's a tough one but we'll fight 'til the very end as usual. C'mon, City!"

Having conceded an injury-time equaliser at Southampton, Sunderland striker Fabio Borini said: "So gutted to throw away two points! The derby coming up is vital and I love it!!" 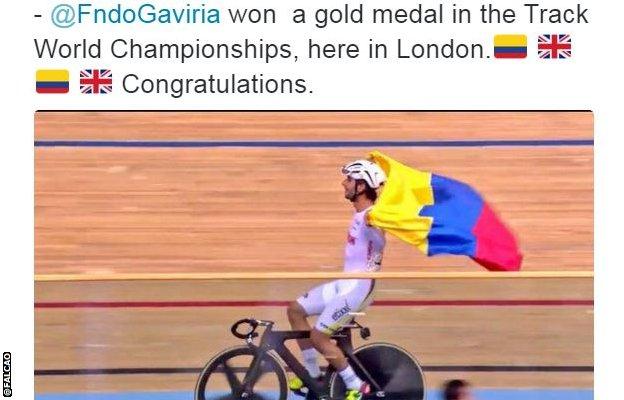 Former Arsenal midfielder Emmanuel Petit has clearly retained his love for the Gunners - jumping to his feet in the Star Sports studio to celebrate their opening goal against Tottenham on Saturday.(Metro)