Steve McClaren, 54, is expecting to be sacked from his role as Newcastle manager in the next 24 hours. (Daily Star)

Former England boss McClaren has pleaded with an aide of Mike Ashley, the Newcastle owner, not to be sacked. (Times - subscription required)

Manager Remi Garde is likely to be sacked for failing to turn around Aston Villa's disastrous campaign - but he could beat the Midlands club to the punch by resigning first. (Daily Express)

Leicester forward Riyad Mahrez, 25, is the number one target for Barcelona this summer, with the Spanish side lining up a £15m bid. (Sun)

Paris St-Germain striker Edinson Cavani, 29, will be a summer transfer target for Chelsea if Antonio Conte is appointed Blues boss at the end of the season. (Daily Mail) 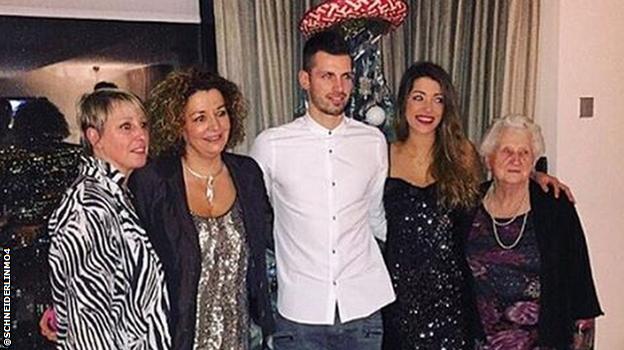 If you're only just reading this now and still haven't got a card... it's too late - Sunday was Mother's Day in the United Kingdom. Plenty of players sent messages of love to the important ladies in their lives, including Morgan Schneiderlin of Manchester United: "Big shout to all these amazing women who rock my world," he posted on Instagram.

West Brom earned their first home league win against Manchester United for 32 years on Sunday - no wonder striker Saido Berahino was celebrating. "Big three points for us! The home support was unreal as always," he tweeted.

After his mistake saw 10-man Liverpool draw level in Sunday's 2-1 defeat, Crystal Palace goalkeeper Alex McCarthy apologised to the club's fans on Twitter. "Football is a game of highs and lows, I'm sorry to all you Palace fans but I didn't mean to slip," he tweeted.

Palace defender Damien Delaney conceded the last-minute penalty Christian Benteke converted for victory, and he too had plenty to say about the result. "I can honestly say I didn't make contact with Benteke today and IF there was slight contact I didn't impede him and certainly didn't feel there was enough to award a penalty in the 96th minute," he wrote in an Instagram post.

Meanwhile, Tottenham forward Erik Lamela was enjoying a well-earned rest after the exertions of Saturday's north London derby with Arsenal. Above he is enjoying the traditional Argentine drink of mate (pronounced ma-teh) with a friend, watching former club River Plate's 0-0 draw with rivals Boca Juniors.

Bouncers at a London nightclub apparently failed to recognise some of Leicester's players and refused them entry, making them stand aside to let some Tottenham players go in. (Mirror)