Manchester United striker Wayne Rooney, 30, has suffered a setback in his recovery from a knee injury and could be sidelined for a further month. (Daily Mirror)

But the Red Devils face a battle to hold on to midfielder Ander Herrera, 26, with Atletico Madrid and Juventus both interested in the Spaniard. (Daily Mail)

The 46-year-old will ask Stamford Bridge owner Roman Abramovich for funds to sign five players when he joins the club. (Times - subscription required)

Former Chile boss Jorge Sampaoli has claimed he was offered the Chelsea manager's job but Abramovich then switched his attentions to Conte instead. (Sun)

Conte has been taking English lessons since January with Chelsea footing the bill. (Star)

Atletico Madrid want to bring Diego Costa back to Spain and the 27-year-old Chelsea striker is equally keen to rejoin his old club. (Marca)

Meanwhile, Atletico winger Antoine Griezmann, 24, has dismissed suggestions he could join Chelsea or Manchester United this summer. (RMC via Talksport)

After Manchester City striker Sergio Aguero announced plans to end his career back in Argentina, manager Manuel Pellegrini says the club's other Argentine players, including defenders Pablo Zabaleta and Martin Demichelis, could also opt to end their careers in their home country. (Manchester Evening News)

Sunderland striker Fabio Borini has hit out at former Liverpool manager Brendan Rodgers' "negative treatment" of him during his spell at Anfield.(Di Marzio via Daily Star)

Hull manager Steve Bruce could be tempted to take over at Aston Villa if the Tigers miss out on promotion from the Championship - but has insisted on a large transfer fund. (Daily Mirror)

Former England manager Fabio Capello has criticised the Three Lions, saying it is in England's culture to blame anyone but themselves after defeat.(Sun)

Chelsea manager Guus Hiddink admits he has concerns over the form of midfielder Eden Hazard, but says the 25-year-old Belgian is "capable of beautiful things".(Evening Standard)

Arsenal legend Thierry Henry revealed on Instagram he has completed his coaching badges.

Chelsea defender Kenneth Omeruo is so delighted with his new portrait of himself and team-mate John Terry that he posted a picture of it on Instagram. 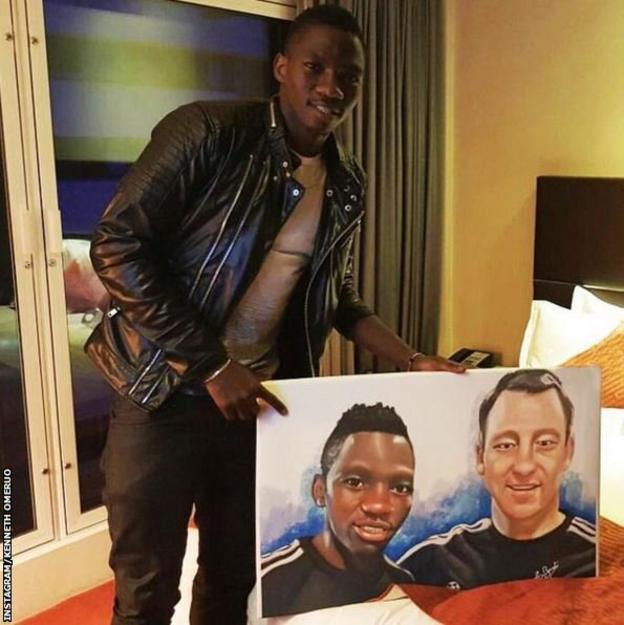 Southampton's Japan international Maya Yoshida tweeted a poignant message of remembrance on the fifth anniversary of the Fukushima nuclear disaster.

Watford striker Troy Deeney's six-year-old son Myles will not be cheering on his dad against Arsenal in Sunday's FA Cup quarter-final. Deeney junior is an Arsenal fan and not even a threat from Dad to withhold his pocket money has persuaded him to change allegiances. (Daily Telegraph)