Aston Villa manager Remi Garde is on the verge of being sacked after four months in charge of the Premier League's bottom club. (Sunday Mirror)

The Premier League are in negotiations to introduce up to 16 of their clubs' Under-21s teams into the Football League's Johnstone's Paint Trophy next season. (Sunday Telegraph)

Manchester United manager Louis van Gaal says the club need to change their managerial structure to include a director of football. (Sun on Sunday)

Guardiola is also keen to beat rivals Manchester United and Liverpool to bring another of his Bayern Munich players to City, striker Robert Lewandowski, 27.(Sunday Express)

Napoli will try to sign Everton striker Romelu Lukaku, 22, if they sell Gonzalo Higuain. Chelsea, Manchester United and Bayern Munich are all interested in their 28-year-old Argentine forward. (TuttoMercatoWeb - in Italian)

Liverpool captain Jordan Henderson, 25, could be set to leave Anfield in the summer, with boss Jurgen Klopp saying nobody is "unsellable". (Mail on Sunday)

Juventus and Atletico Madrid will move for Chile forward Alexis Sanchez if Arsenal cannot agree an improved deal with the 27-year-old. (Sunday Mirror)

Saturday should have been a good day for Norwich midfielder Gary O'Neil after his side beat West Brom to move out of the Premier League relegation zone. But his post-match celebrations had to be curtailed...

West Ham were pegged back to 2-2 after a controversial late penalty at Chelsea on Saturday and, judging by the reaction on the club's Twitter account, they weren't quite ready to acknowledge how good a game it had been for the neutral.

Chelsea's late equaliser certainly did not meet with the approval of Hammers keeper Adrian. "Unfair to draw like today when absolutely we deserve the 3 points!" he tweeted. "Now time to relax & charge the batteries!"

The journey back from to Watford to Stoke was a happy one for Mark Hughes's side, with defender Marc Muniesa tweeting a photo of himself and goalscorer Joselu.

Carlisle goalkeeper Mark Gillespie had a busy afternoon. While he was playing in a 1-1 draw with Wycombe Wanderers, his sister was giving birth to his nephew. 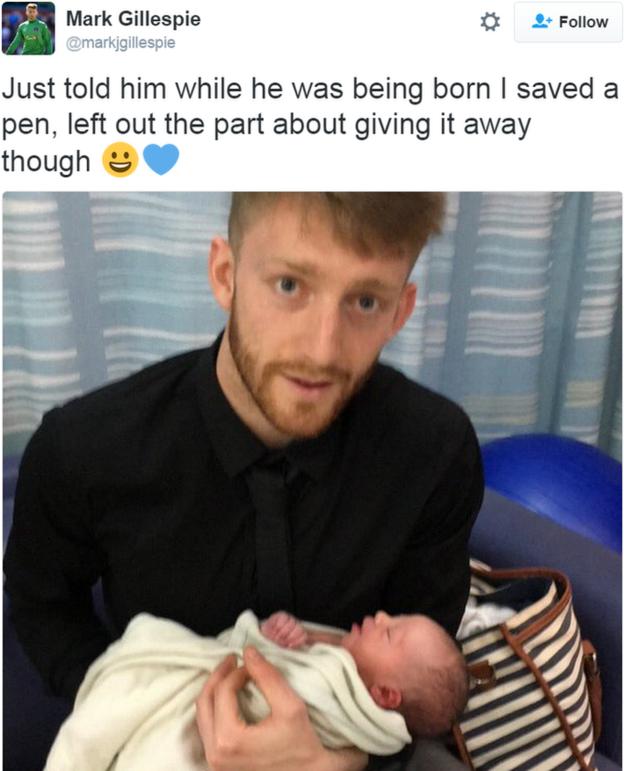 Should Arsene Wenger give Alexis Sanchez a breather? The Chile forward took matters into his own hands during Arsenal's 2-0 win over Everton at Goodison Park, leaping over the hoardings and sitting down after chasing down a loose ball. (Independent on Sunday)