Manchester City believe incoming manager Pep Guardiola will give them the edge in their bid to lure Lionel Messi, 28, from Barcelona. (Daily Mail)

Leicester have told manager Claudio Ranieri, 64, they will double his salary to £3m a year at the end of the season. (Mirror)

Euro 2016 officials are considering playing matches behind closed doors if the terrorism threat in France rises over the next three months. (Guardian)

Tottenham boss Mauricio Pochettino, 44, has a £10m buyout clause in his contract. (Sun)

West Ham will pursue Liverpool and Belgium striker Christian Benteke, 25, in the summer.(Mirror) 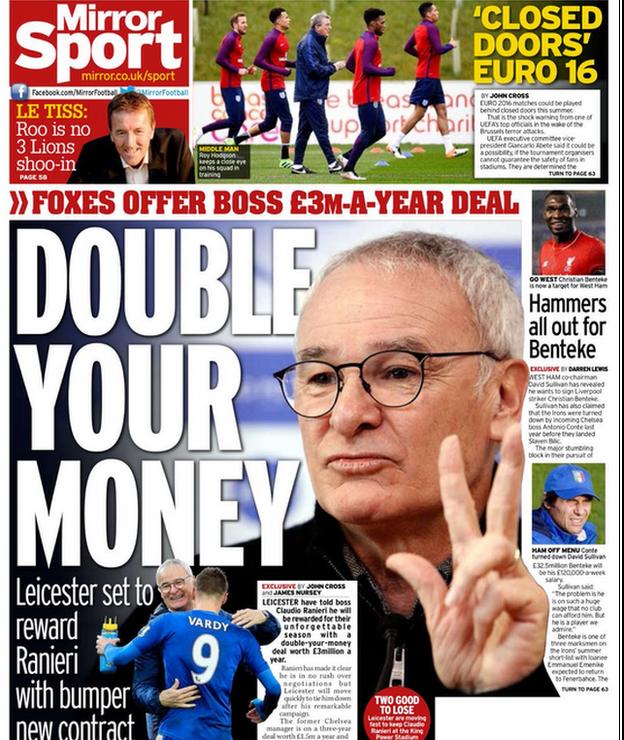 Arsenal are set to sign Juventus striker Alvaro Morata for £40m - but from Real Madrid, who plan to use a buy-back clause to re-sign the 23-year-old for £24m before selling him to the Gunners. (AS)

Zenit St Petersburg midfielder Axel Witsel, 27, is hoping to leave in the summer transfer window with Tottenham among a number of clubs keen to sign the Belgian. (La Derniere Heure, via Standard)

Chelsea midfielder John Obi Mikel, 28, will consider a move to the Chinese Super League in the summer. (Standard)

Arsenal's Alex Oxlade-Chamberlain, 22, is a transfer target for Southampton, five years after he left the Saints for the Gunners. (Mirror)

Manchester City have been urged to rethink their ticket pricing structure by fans after anger over the cost of Champions League tickets for the game against Paris St-Germain. (Manchester Evening News)

How cool would a photo look of you swimming with dolphins? Very cool. And that's what Arsenal defender Carl Jenkinson thought when he asked for someone to capture the moment. He tweeted:"Act cool for the photo they said..." 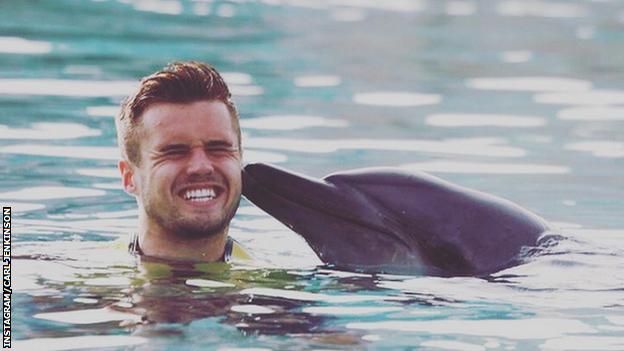 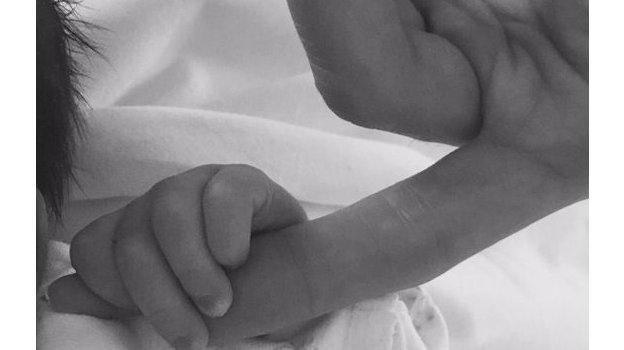 TV stars Ant and Dec mocked their fellow Geordie Alan Shearer as they accepted a Royal Television Society award for best entertainment performance on Tuesday night. Anthony McPartlin yelled: "Shearer, this is what it's like to win" at the former England and Newcastle United footballer, who had just lost out in the sports presenter, commentator and pundit category to Formula One's David Coulthard. (PA)

Liverpool midfielder James Milner has challenged - or maybe confirmed - his boring reputation by reading out tweets from a parody Twitter account. (Copa90)

Former Premier League player and manager Iain Dowie has found an unlikely job outside of football - as a sales manager for a survey company. (Metro)