Guardiola also wants to sign Athletic Bilbao defender Aymeric Laporte, even though the 21-year-old Frenchman has a broken ankle which is expected to keep him on the sidelines for four months. (People)

Manchester United are set to put in a £45m bid for Everton midfielder Ross Barkley and have made the 22-year-old their top summer target. (Star)

Van Gaal has warned teenage star Marcus Rashford, 18, that he now has to live with the expectations he has created through the exciting start to his career. (Star)

Jose Mourinho's protracted move to Manchester United this summer is being held up by the club's owners, the Glazer family. (Metro via Cadena Cope)

Chelsea are to be offered £72.1m to sell Diego Costa, 27, to the Chinese Super League this summer. (Sunday Times - subscription required)

Striker Edinson Cavani, 29, has put Manchester United and Chelsea on alert by admitting he will seek talks with Paris St-Germain about his future. (Mirror via Telefoot)

Arsene Wenger is confident that both Mesut Ozil, 27, and Alexis Sanchez, 27, will extend their Arsenal contracts during the summer. (Standard)

Leicester plan to offer 25-year-olds Riyad Mahrez and N'Golo Kante £80,000-a-week contracts this summer in a bid to keep them at the King Power Stadium.(Mail)

Burnley hope to find out the compensation fee they will receive for Danny Ings, 23, this month after the striker moved to Liverpool at the end of his Turf Moor contract last summer. (Lancashire Telegraph)

Cruzeiro forward Alisson, 22, admits he would jump at the chance to join Manchester United this summer. (Metro via Goal Brazil)

Newcastle defender Massadio Haidara, 23, is set to miss the rest of the campaign after a recurrence of the knee injury that has plagued his season. (Chronicle)

The Football Association will this week publish the names of the agents paid on each individual transfer completed by Premier League clubs in the last two transfer windows, as well as each club's total spend on agents, under new Fifa regulations. (Telegraph)

Cristiano Ronaldo posted on Twitter after he scored the winner in Real Madrid's 2-1 win over Barcelona in El Clasico. In his native Portuguese, the 31-year-old wrote: "Great game for the whole team. We win together, we celebrate together."

Everton might have a big game on Sunday when they travel to Old Trafford to face Manchester United, but their Spanish star Gerard Deulofeu and his team-mates had more important things on their mind on Saturday evening. 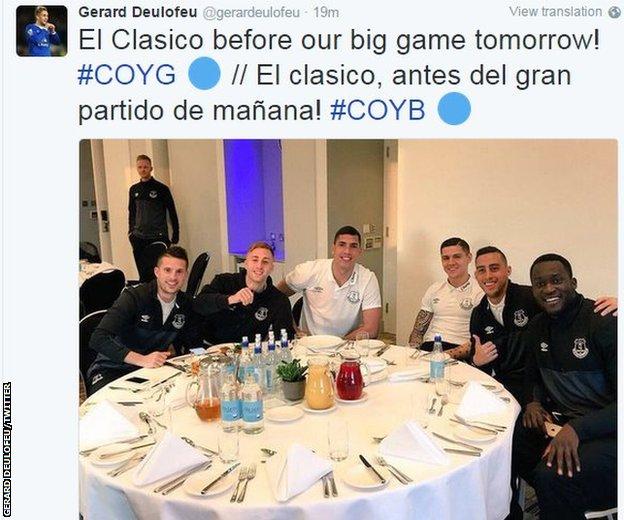 Kevin de Bruyne recovered from ankle ligament damage to start in the Manchester City first team for the first time since late January and the Belgian was a key figure in their 4-0 win at Bournemouth. "What a feeling," he tweeted afterwards. "Great to be back!"

Days after US President Barack Obama said during his visit to Argentina that his daughters, Malia and Sasha, wanted to meet Lionel Messi, the Barcelona star has been photographed sending them personalised signed Argentina jerseys. 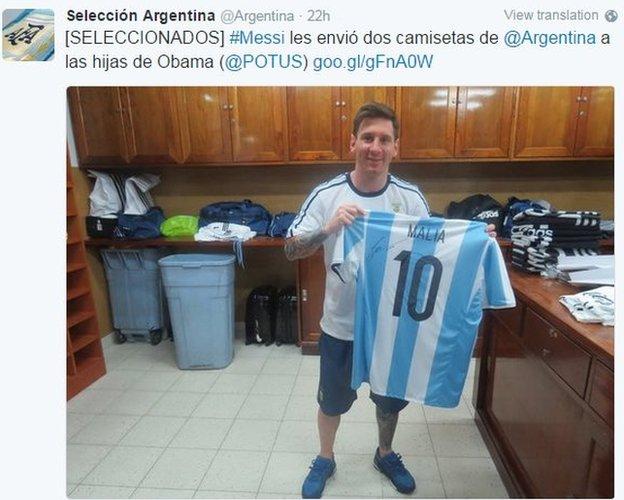 Some Everton fans will be paying more to watch their team in the Merseyside derby later this month than to watch them in the FA Cup semi-final at Wembley three days later. (Liverpool Echo)