United have been told to come up with £40m if they want to sign Juventus' 25-year-old Brazilian defender Alex Sandro. (Daily Express)

Incoming Chelsea boss Antonio Conte has been reassured that they will refuse to sell 27-year-old striker Diego Costa this summer, despite interest from the Spain striker's old club Atletico Madrid and the Chinese Super League. (Daily Mirror)

Chelsea goalkeeper Thibaut Courtois, 22, faces losing his place next season, with Asmir Begovic set to be handed the chance to become Conte's number one. (Daily Mail)

Jose Mourinho says he can "almost guarantee" a return to management next season, with the former Chelsea boss insisting he has multiple offers on the table. (Daily Mail)

Arsenal's Germany international midfielder Mesut Ozil, 27, has held talks with Turkish club Fenerbahce with a view to a transfer within the next three years. (Daily Mirror) 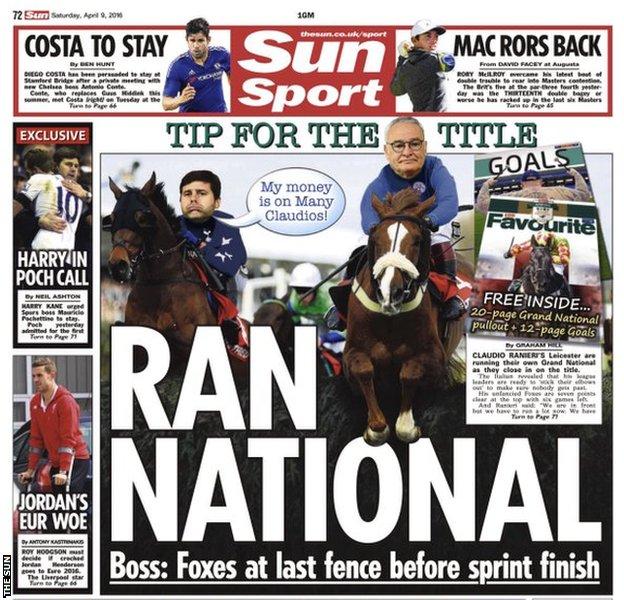 Barcelona forward Neymar, 24, may not feature at this summer's Copa America after Barca threatened to ban Brazil from selecting him for the tournament. (Marca)

Former Tottenham and QPR boss Harry Redknapp is being courted by Nigeria before the 2018 World Cup. (Sun)

Newcastle manager Rafael Benitez has played down reports that he could take charge of Spain after Euro 2016.(Sky Sports)

Inter Milan's former Manchester City boss Roberto Mancini says rumours linking him with a return to the Premier League are not true. (Goal)

Arsenal defender Hector Bellerin was full of appreciation on Twitter for team-mate Alex Iwobi, posting a picture of himself with the in-form forward alongside the message "Man on fire". By the looks of it, the feeling is mutual...

Tottenham striker Harry Kane says the Premier League title race is "a bit like watching cricket" with Spurs "batting second", because Leicester kick off before them in their next four games. (Daily Mirror)