Paris St-Germain manager Laurent Blanc is a contender to take over at Manchester United this summer - and would keep Ryan Giggs as his assistant. (Sun)

United are closing in on the £40m signing of Benfica midfielder Renato Sanches, 18. (Manchester Evening News)

Former Everton manager David Moyes is desperate to return to Goodison Park if Roberto Martinez is sacked in the summer. (Sun) 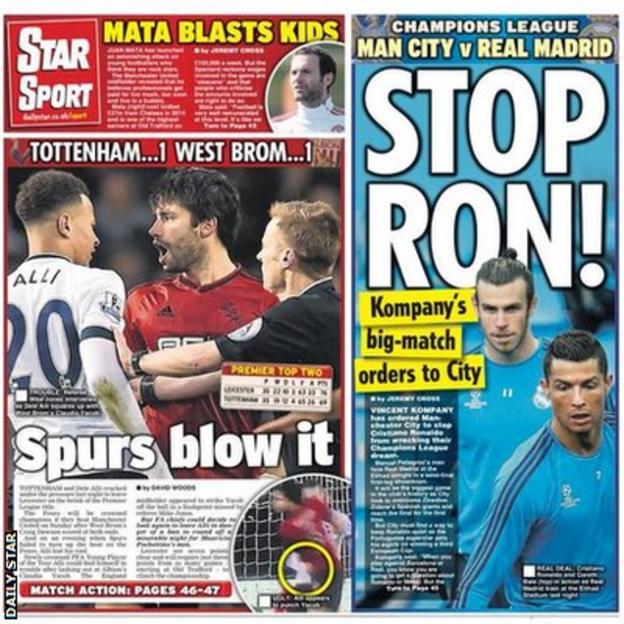 Goalkeeper Timo Horn has admitted he could leave Cologne this summer. The 22-year-old is a reported target for Liverpool. (The Set Pieces)

Blues forward Dominic Solanke, 18, is holding out for £50,000 a week to stay at Stamford Bridge - despite never having started a first-team game. (Mail)

Chelsea will let striker Radamel Falcao, 30, return to Monaco in the summer, when Roma will try to sign him. (Mirror)

Bayern Munich winger Kingsley Coman, 19, says the Premier League is the "most interesting league in the world" but he can see himself staying at the German champions for the next three years. (Guardian)

Barcelona midfielder Alen Halilovic, 19, is determined to fight for his future at the Nou Camp and will not consider a move to the Premier League. (Marca)

Manchester City defender Eliaquim Mangala, 25, says he is "harder on myself than any critic".(Telegraph)

England coach Roy Hodgson has told his players they will not be able to go abroad before Euro 2016, which starts on 10 June. (The Times - subscription required)

A scuffle broke out at the end of an under-21 match as Aston Villa celebrations annoyed Swansea players.(Wales Online) 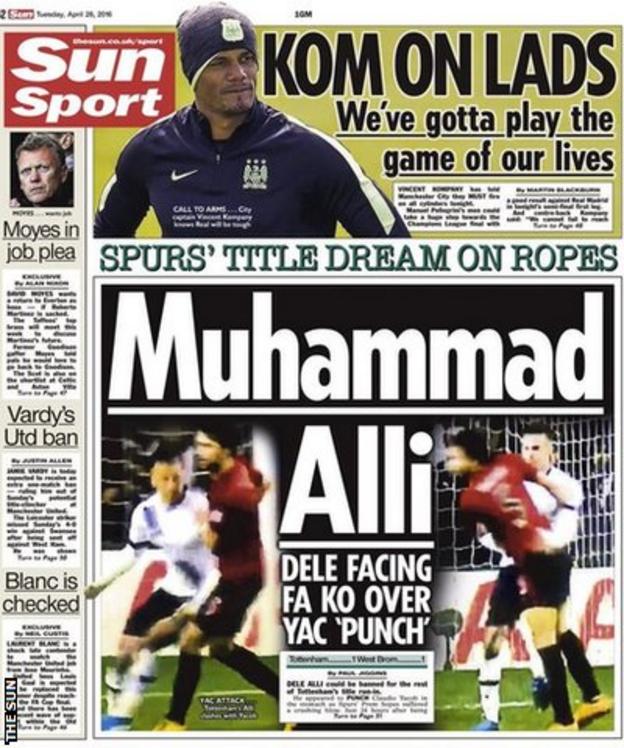 Manchester City midfielder Yaya Toure tweeted his congratulations to Leicester City's Riyad Mahrez on being named PFA Player of the Year, saying: "Great to see my African brother win it!"

Former Foxes striker Gary Lineker add his congratulations, describing Mahrez on Twitter as "a magnificent footballer and an absolute joy to watch".

Manchester United midfielder Juan Mata paid tribute to the late musician Prince on his Kicca account, writing: "He was a nonconformist, someone who certainly left his mark and who will always be remembered thanks to his music."

Crystal Palace striker Connor Wickham got the train home with fans after scoring the winner in the FA Cup semi-final against Watford on Sunday. (Croydon Advertiser)

Leicester City midfielder Demarai Gray had to be ushered away from a helicopter's rotating blades after unwittingly walking towards them during Sunday's PFA awards. (Daily Star)