Bayern Munich want to sign Arsenal forward Alexis Sanchez and have enquired about the availability of the 27-year-old Chile international. (Mirror)

The German club could also lose centre-back Mats Hummels, 27, who is set to snub interest from Manchester United to join Bayern Munich. (Guardian)

Liverpool have been given the go-ahead to sign Cologne's 25-year-old Germany international defender Jonas Hector. (Metro) 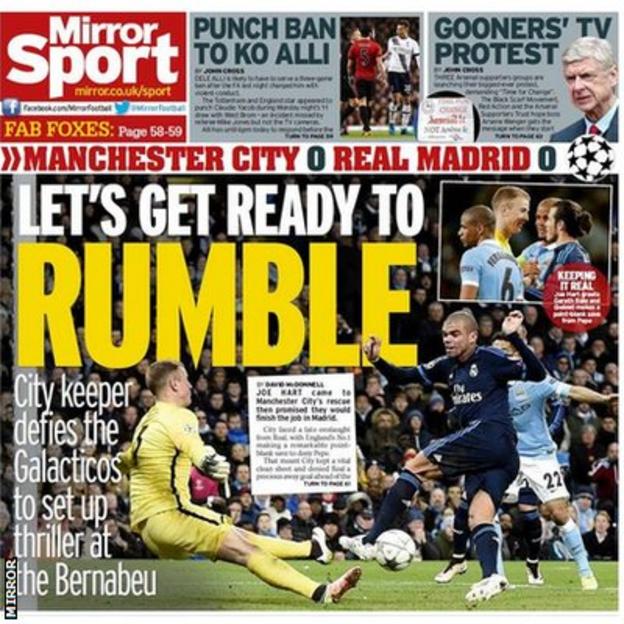 Paris St-Germain defender Marquinhos, 21, is in talks over a summer move away from the Parc des Princes, with Chelsea, Manchester United and Arsenal all interested. (Canal+ via Star)

Former Leicester boss Nigel Pearson is set for a second round of talks with Aston Villa over their managerial position, but is also wanted by Middlesbrough. (Mail)

Goalkeeper Wojciech Szczesny, 26, wants to leave Arsenal and move to Roma in the summer after a successful loan spell. (Il Messagero via London Evening Standard)

Napoli legend Diego Maradona believes the club will sell striker Gonzalo Higuain, 28, in the summer - and has urged them to replace him with 22-year-old Spurs forward Harry Kane. (Marca)

Tottenham are looking at Lyon defender Samuel Umtiti, 22, to reinforce their defensive line ahead of next season's Champions League campaign. (Mirror)

Livingston striker Matthew Knox, a 16-year-old who had a trial at Manchester United in January, is being monitored by "a lot of clubs", according to the club's manager David Hopkin. (Star)

Everton's board will meet this week to decide the fate of manager Roberto Martinez. (Guardian)

Joel Robles, 25, wants to be the Toffees' number one goalkeeper next season - and believes Martinez should stay in charge. (Liverpool Echo)

Tottenham boss Mauricio Pochettino says he would "one day" like to return to Paris St-Germain as manager. (RMC via Express)

Former Liverpool director of football Damien Comolli is being lined up for a surprise return to English football at Aston Villa. (Telegraph)

Porto manager Julen Lopetegui and Borussia Monchengladbach boss Andre Schubert could be candidates for the Swansea manager's job in the summer. (Wales Online)

Bookmakers have Leicester City, who need one victory to claim the Premier League title, at 25-1 to finish first next season and 50-1 to be relegated. (Racing Post) 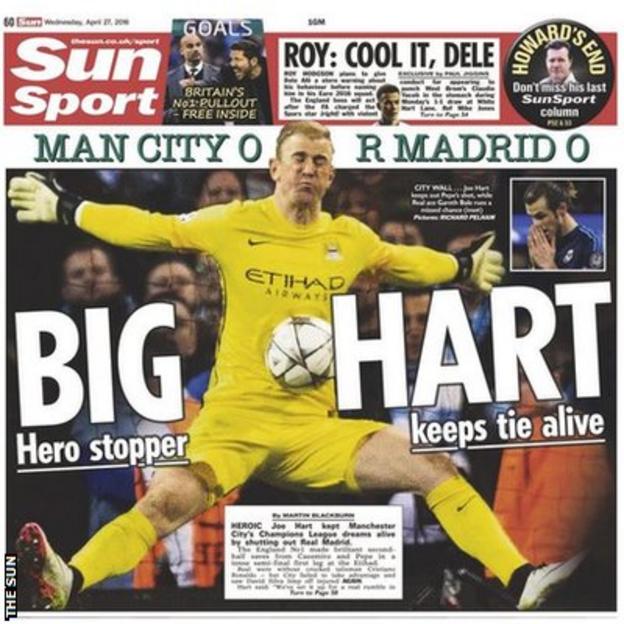 Manchester City striker Sergio Aguero told his Twitter followers he believes his team's chances are "as good as ever" after they drew 0-0 against Real Madrid in their Champions League semi-final first leg.

Stoke striker Bojan tweeted a picture of himself brushing up on his English at home.

Real Madrid forward Cristiano Ronaldo was caught looking at a picture of himself while watching his side's 0-0 draw at Manchester City on Tuesday night. The picture was part of Match of the Day presenter Gary Lineker's Instagram feed. Lineker tweeted: "Haha hello @Cristiano."