Kante has been told by Leicester he can leave the King Power Stadium this summer - but only if they have a replacement lined up. Manchester City are the latest of Europe's biggest clubs to join the chase for the Foxes midfielder. (Daily Mirror)

Manchester United have renewed their pursuit of Real Madrid midfielder Toni Kroos, 26, raising further questions about the future of manager Louis van Gaal, who pulled the plug on a deal for the German when he arrived at Old Trafford. (Daily Mirror)

United, though, will not move for Borussia Dortmund's Germany defender Mats Hummels, 27, a former target, because of the improved form of Daley Blind, 26. (Manchester Evening News)

Barcelona are considering putting defender Marc Bartra, 25, on the transfer list this summer - and he will be available for just £9.3m, with Tottenham, Manchester United and Liverpool interested. (Marca)

The Spanish champions are interested in signing Bayer Leverkusen goalkeeper Bernd Leno, 24, to replace Marc-Andre ter Stegen, 23, who is tipped for a summer transfer. (Marca)

Tottenham Hotspur midfielder Christian Eriksen, 24, has agreed terms on a new four-year contract, but he is waiting for manager Mauricio Pochettino to commit to the club before finalising the deal.(Squawka)

Turkish side Fenerbahce are considering a summer move for Chelsea defender Baba Rahman, 21. (Fanatik - in Turkish)

Real Madrid forward Cristiano Ronaldo will have revolutionary stem cell therapy in a bid to be fit to face Manchester City in the Champions League semi-final second leg. (Sun)

Chelsea defender Gary Cahill, 30, has been told by England boss Roy Hodgson that he will start at the European Championship this summer despite his indifferent club form. (Times - subscription required)

Watford manager Quique Sanchez Flores is considering an offer to return to Valencia to take charge of the La Liga club. The 51-year-old is a former player and manager of Valencia. (Times - subscription required)

Everton fans want a big name to replace manager Roberto Martinez this summer but do not want David Moyes to return to Goodison Park. (Liverpool Echo)

Arsenal midfielder Mesut Ozil, 27, is in no hurry to sign a new contract with the Gunners., (Sport-Informations-Dienst via London Evening Standard) 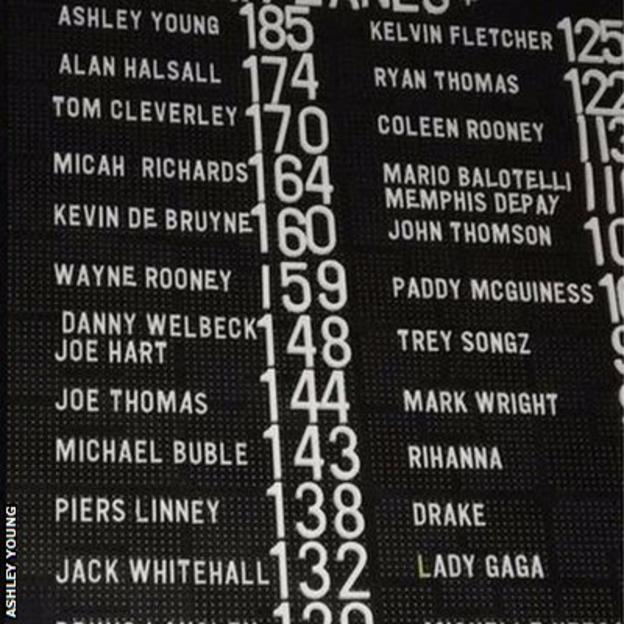 Manchester United forward Ashley Young tweeted about his night out bowling, where he went top of the celebrity leader board.

A Swedish league game between IFK Gothenburg and Malmo was abandoned after 78 minutes on Wednesday when a firework exploded at the feet of substitute Tobias Sana, who responded by angrily throwing a corner flag into the crowd. (Sun)

A dog got on to the pitch during a Copa Libertadores match between Deportivo Tachira and Pumas - and was clearly determined to enjoy his moment in the spotlight.(Metro)