The Old Trafford club have been swamped by season ticket renewals, despite patchy results under Dutchman Van Gaal. (Daily Star)

Ajax boss Frank de Boer would "love" to join Everton this summer, according to his agent. Toffees boss Roberto Martinez is coming under increasing pressure after a poor season. (Liverpool Echo)

Leicester's PFA Player of the Year Riyad Mahrez, 25, will turn down a £40m move to Arsenal, Barcelona or Paris St-Germain to stay with the title-winning Foxes. (Daily Star)

Leicester assistant manager and head of recruitment Steve Walsh, the man who brought Mahrez, Jamie Vardy and N'Golo Kante to the King Power Stadium, has agreed a new contract with the club. (Daily Express)

Thousands of disgruntled Manchester City fans snubbed outgoing manager Manuel Pellegrini's farewell speech by streaming out of Etihad Stadium at the final whistle after a disappointing 2-2 draw with Arsenal which put their Champions League place in doubt. (Sun)

Meanwhile Pellegrini, 62, says Manchester City have improved under his leadership despite their top-four position being under threat from local rivals Manchester United. (Fourfourtwo.com)

Manchester City defender Vincent Kompany, 30, will miss the start of next season as it will take about four months to get match-fit again, says a Belgian physio. (Manchester Evening News)

Chelsea are preparing another bid of around £40m to bring Everton defender John Stones, 21, to the club, but the Toffees want a transfer fee over £50m. (Daily Express)

The Stamford Bridge club seem to have hit problems with incoming manager Antonio Conte after blocking him from bringing two members of his Italy coaching staff to the club. (One World Sports)

Premier League champions Leicester are lining up a move for Pescara striker Gianluca Lapadula, 26, who has scored 24 goals in Serie B this season. (Daily Mirror)

Arsenal have made a bid to sign Bolton defender Rob Holding, 20, and hope he will be their first summer signing. (Sun)

Chelsea captain John Terry, 35, will be in demand if he leaves Stamford Bridge this summer, according to Sunderland manager Sam Allardyce. (Daily Mail)

Brendan Rodgers has not yet agreed a deal to return to Swansea but he remains the frontrunner in the race to be the club's manager next season. (South Wales Evening Post)

Liverpool are considering a £15m bid for Roma defender Antonio Rudiger, 23, who is currently on loan at the Serie A side from Stuttgart. (Calciomercato - in Italian)

Talks with a Chinese investment group over the takeover of Aston Villa are at an advanced stage and the club's potential new owners were at Villa Park to watch the match against Newcastle on Saturday. (Birmingham Mail)

After collecting the Premier League trophy on Saturday, the Leicester players seemed to be revelling in their achievements. However, midfielder Danny Drinkwater wasn't feeling in too good a condition: 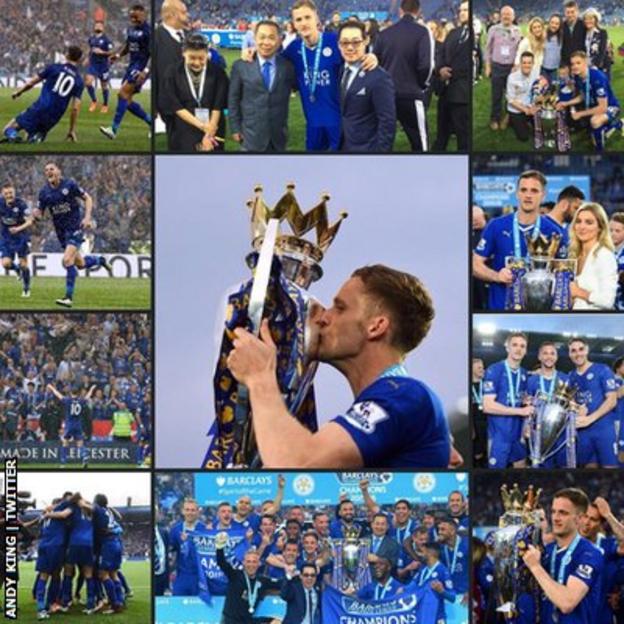 A Cheltenham Town player has been released by the club for smashing a television with a dart at the training ground. (Gloucestershire Echo)