Sweden striker Zlatan Ibrahimovic, 34, has told Manchester United he is keen to join them but wants €15m (£11.3m) per season to do so. (Guardian) 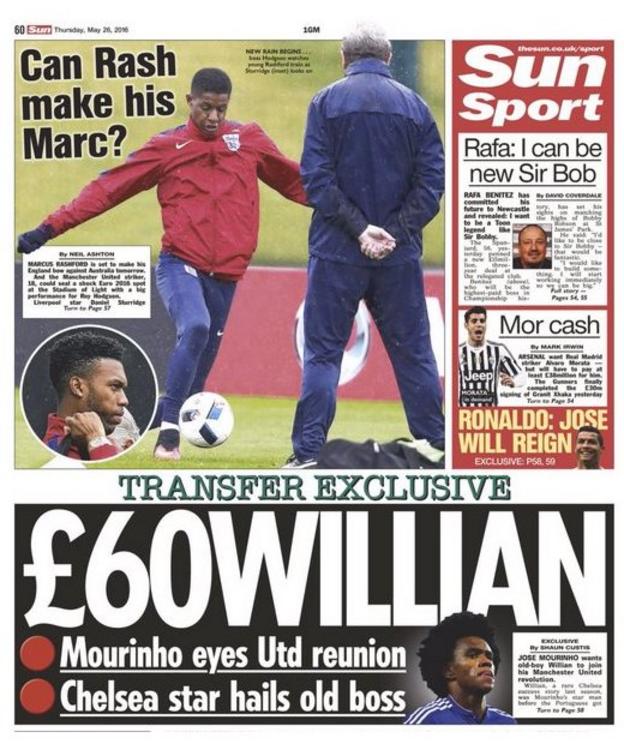 Mourinho is also targeting Napoli striker Gonzalo Higuain, who was Serie A's top scorer last season. The Portuguese has called the 28-year-old Argentina international's agent to try to lure him to the Premier League. (Daily Star)

United have held talks with Roma defender Kostas Manolas, 24, and are willing to pay £30.3m to sign him. (Sky Sports Italia, via Daily Express)

Arsenal have been told to pay £38m if they want to sign Juventus striker Alvaro Morata, 23. (The Sun)

Germany playmaker Mesut Ozil has put off contract talks with the Gunners for a second time and the 27-year-old does not want to enter negotiations until after Euro 2016. (Times - subscription required)

France forward Antoine Griezmann, 25, could leave Atletico Madrid this summer after his agent said he was considering offers from a number of clubs. (Daily Mail)

But Griezmann will stay at the Spanish club because "he's in the right place, under the right coach at the right time", according to Spanish football journalist Graham Hunter. (BBC Radio 5 live)

Chelsea are leading the chase for Griezmann, who has scored 32 goals in 55 games for Champions League finalists Atletico this season. (Daily Mirror)

Everton striker Romelu Lukaku, 23, says he will listen to the club's new investors "out of courtesy" but is ready to leave the Blues as he wants to "win titles". (Daily Star)

Newcastle manager Rafael Benitez may not allow his star players - including France midfielder Moussa Sissoko, 26, and 25-year-old Netherlands midfielder Georginio Wijnaldum - to leave after the club's relegation from the Premier League. (Newcastle Chronicle) 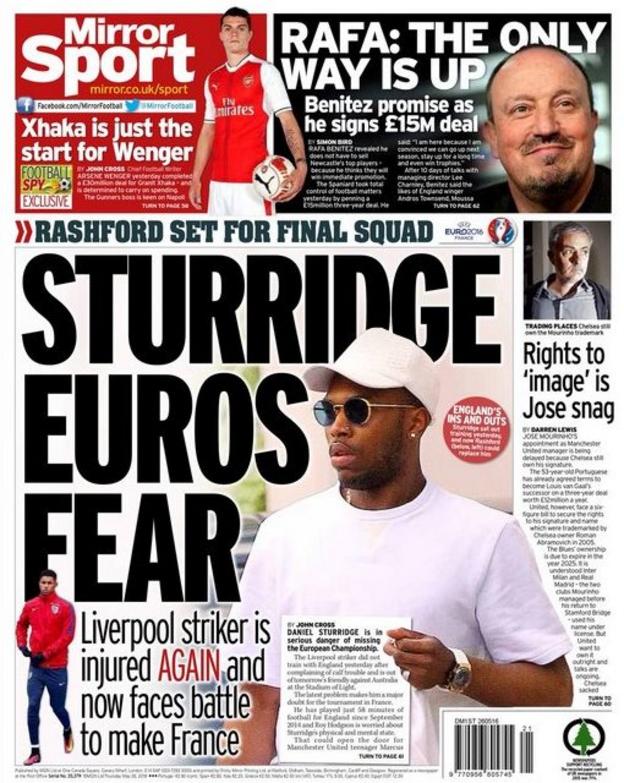 West Ham have beaten a host of European clubs, including Chelsea and Arsenal, to complete the signing of 16-year-old Portuguese forward Domingos Quina. (London Evening Standard)

Paris St-Germain are continuing their pursuit of Leicester City's N'Golo Kante but the 25-year-old midfielder would prefer to stay in the Premier League next season. (Daily Mail)

CSKA Moscow striker Ahmed Musa, 23, is the subject of a £23m bid by Premier League champions Leicester, according to the Russian club's manager Leonid Slutsky. (Guardian)

Liverpool have joined Manchester United and Manchester City in the race to sign West Ham's 17-year-old defender Reece Oxford, who is available for £10m after turning down the Hammers' offer of a new contract. (Daily Mirror)

Middlesbrough are poised to make Viktor Fischer their first signing of the summer after agreeing to pay Ajax €5m (£3.8m) for the 21-year-old Denmark striker. (Guardian)

Everton midfielder Gareth Barry, 35, says he is not contemplating retirement and wants to play on for as long as possible. (Liverpool Echo)

With the Premier League wrapped up, many of the division's players are now turning their focus to this summer's European Championship in France, including Liverpool and Belgium keeper Simon Mignolet... 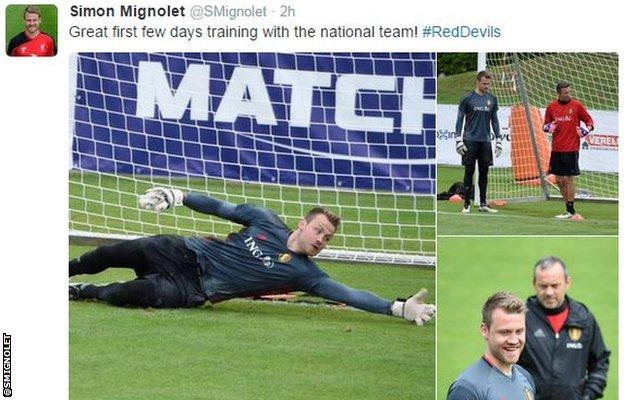 Sticking with Belgium, Chelsea's Eden Hazard and Manchester United's Marouane Fellaini are clearly putting their club allegiances to one side for the summer... 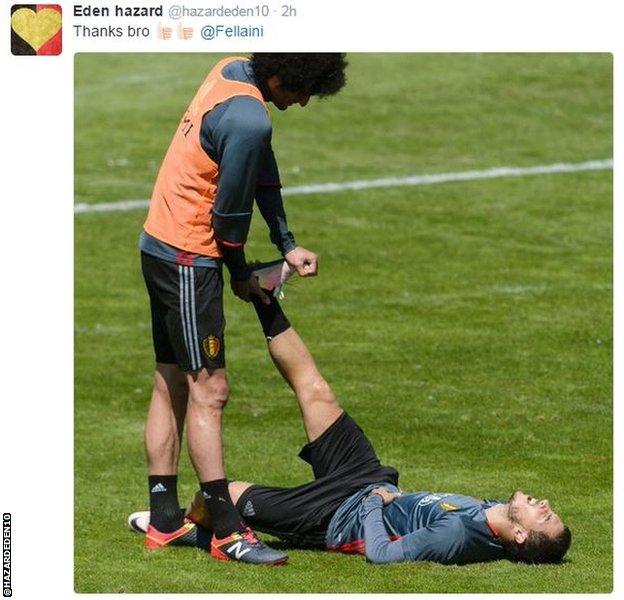 Meanwhile, Manchester United midfielder Bastian Schweinsteiger is on hand to give us a snapshot of the Germany training camp... 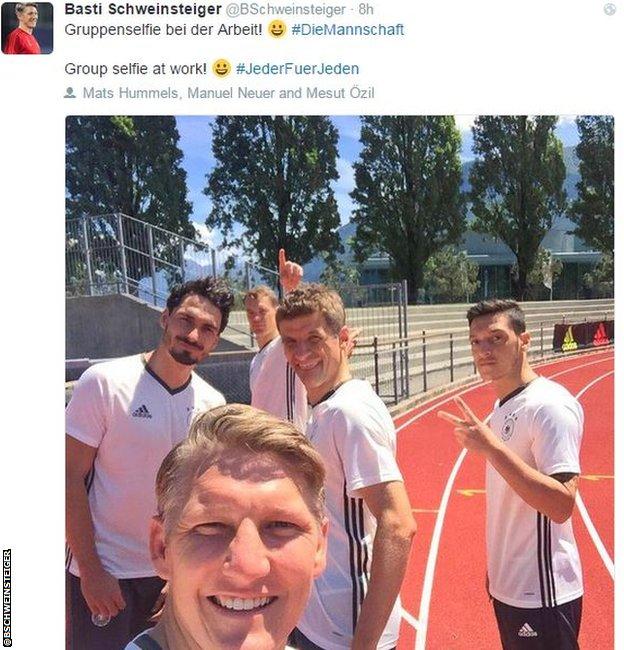