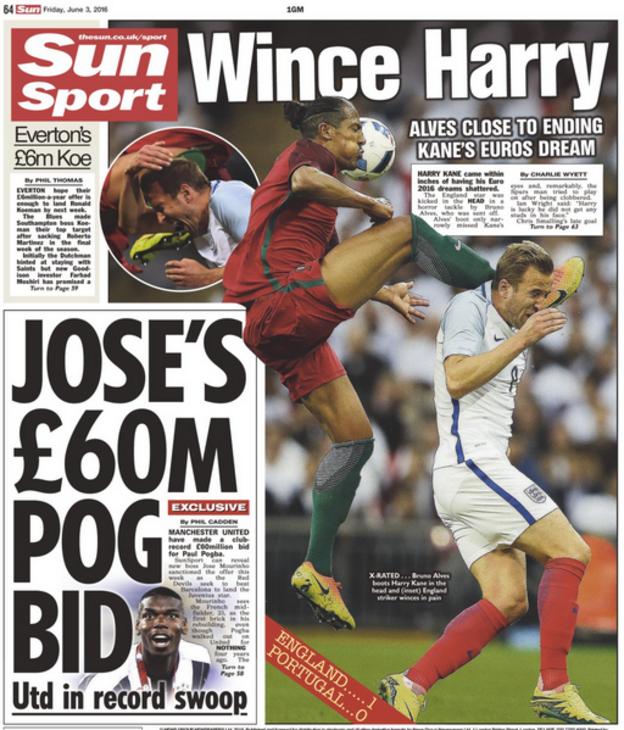 Manchester United have made a British transfer record bid of £60m for French midfielder Pogba, who left Old Trafford for Juve in 2012. (Sun)

The French champions have spoken to Coutinho's representatives but Liverpool have not received a firm offer. (Liverpool Echo)

Everton want the Southampton boss Ronald Koeman as their new manager and are prepared to make him one of the highest paid in the Premier League. (Daily Mail)

Dani Alves' agent has been spotted in Paris, sparking rumours that the 33-year-old defender will join Paris St-Germain after it was announced he will leave Barcelona this summer. (Daily Express)

However, full-back Alves is said to be joining Juventus.(Marca)

Real Madrid forward Cristiano Ronaldo, 30, has donated his entire bonus for winning the Champions League - about £500,000 - to charity. (Sun)

Juventus midfielder Kwadwo Asamoah, 27, is keen on a move to Chelsea. (Bleacher Report)

Chelsea want Liverpool striker Christian Benteke, 25, if they fail to bring Everton's Romelu Lukaku back to Stamford Bridge this summer. (The Times)

New Manchester United manager Jose Mourinho was at Wembley to see England beat his native Portugal in a friendly on Thursday, and used Instagram to show followers his position at the national stadium.

Defender Dani Alves has written a heartfelt letter to Barcelona fans after it was announced he would leave the club he joined in 2008. He said: "I am going, but I will be back, because I am not just another player."

Manchester United manager Jose Mourinho will provide the voice of Pope Francis in a film due out in 2017. (Daily Mirror).

United defender Phil Jones has followed in the footsteps of Arsenal's Aaron Ramsey by bleaching his hair blond for summer. (Daily Star)