England midfielder Jack Wilshere, 24, looked ahead to Thursday's Euro 2016 match against Wales by saying: "They don't like us - and we don't like them." (Daily Mirror)

Ronald Koeman is finally expected to be confirmed as Everton's new manager on Tuesday. (Daily Mail)

Borussia Dortmund will tell City not to bid for FC Ufa's 19-year-old midfielder Oleksandr Zinchenko if they want to sign Pierre-Emerick Aubameyang. City are in talks with Dortmund about signing striker Aubameyang, 26, but the German club are not willing to do a deal if City also move for Zinchenko. (Sun)

French defender Aymeric Laporte, 22, has rejected the chance to join City and has signed a new contract with Athletic Bilbao. (Daily Mail)

West Ham have told Chelsea they will not sell France playmaker Dimitri Payet, 29, for any price. (Daily Mirror)

Stoke value Austria forward Marko Arnautovic at £13m, but that is unlikely to deter Everton from bidding for the 27-year-old. (Sun)

Napoli will offer Argentina striker Gonzalo Higuain a new deal worth £110,000 a week. The 28-year-old has been linked with Liverpool. (Rai Sport, via Talksport)

Leicester forward Riyad Mahrez, 25, has been offered a new contract worth £100,000 a week as the Premier League champions try to keep him. (Daily Telegraph)

Chelsea have asked Samuel Umtiti's agent about the availability of the 22-year-old Lyon defender. (Mundo Deportivo, via Metro)

Borussia Dortmund could decide to sell Henrikh Mkhitaryan by the end of this week, with Arsenal likely to be among the clubs keen to sign the 27-year-old Armenia forward. (London Evening Standard) 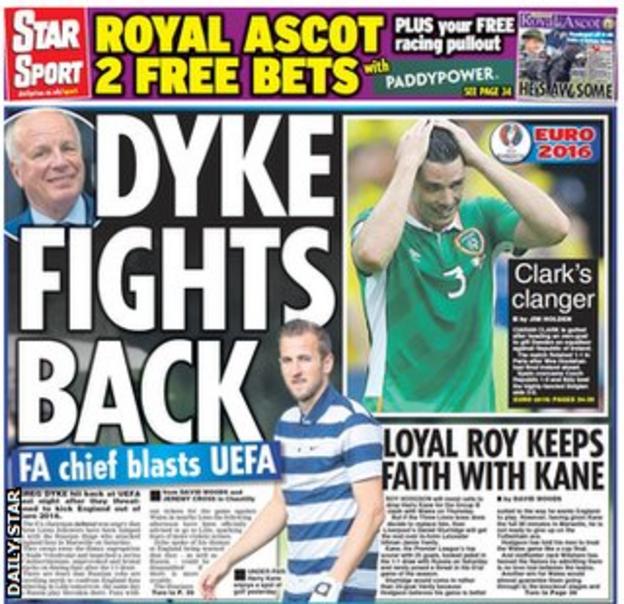 Brighton have assured fans they have no intention of selling Lewis Dunk - after turning down an offer for the 24-year-old centre-back. (Argus)

Manchester United need someone to "energise them in the centre of the field", according to former midfielder Paul Ince. (Manchester Evening News)

Hodgson's management style is holding England back and a Jose Mourinho team would have beaten Russia on Saturday, according to Rangers midfielder Joey Barton, 33. (Daily Mirror)

Brazil legend Pele is worried there are not enough "stars" in today's game, and says Portugal and Real Madrid forward Cristiano Ronaldo, 31, is currently the best player in the world. (Daily Mail)

Stoke forward Bojan Krkic posted a picture from Girona, the start of his Catalonia road trip.

There were plenty of reasons for Manchester City midfielder David Silva and his Spain team-mates to celebrate after their 1-0 victory over the Czech Republic, including his 100th international cap.

"This is awkward." Good friends and Tottenham team-mates Eric Dier and Dele Alli score a combined nine out of 10 in a quiz about each other - but who forgets the other's birthday?