The Football Association is intent on an English successor to Roy Hodgson as England manager with Sunderland boss Sam Allardyce and Bournemouth counterpart Eddie Howe the leading candidates for the job. (Sunday Telegraph)

The United States Soccer Federation will not stand in the way of Jurgen Klinsmann if the 51-year-old German coach, currently in charge of the US national side, is offered the position as England manager. (Sunday Mirror)

Dutchman Guus Hiddink, 69, is emerging as one of the stronger contenders for the England job and would be happy to school a young English coach such as Eddie Howe or Gareth Southgate to take over after the 2018 World Cup. (Mail on Sunday)

England goalkeeper Joe Hart, 29, could be on his way out of the Etihad Stadium with Guardiola keen to complete a £20m deal for Barcelona's 24-year-old German goalkeeper Marc-Andre ter Stegen. (Sunday Times)

Manchester United have agreed to pay Paul Pogba £11m a year and are ready to make a £100m offer to Juventus for the 23-year-old midfielder. (AS)

Almost a quarter of the fee the Red Devils pay for the France international will go to Pogba's agent Mino Raiola.(Sunday Times)

United manager Jose Mourinho will sell up to eight players to finance the deal for Pogba, with Marcos Rojo, Morgan Schneiderlin, both 26, and 31-year-old Bastian Schweinsteiger among those at risk at Old Trafford.(Sun on Sunday)

Spain playmaker Mata could go to Juventus as part of the deal to bring Pogba to Old Trafford.(Sunday People)

Manchester United have sacked head of youth player recruitment Derek Langley, who had been with the Red Devils for 16 years, as they continue to overhaul the club's management and scouting set-up.(Mail on Sunday)

Chelsea's opening offer for Real Madrid's Spain striker Alavaro Morata, 23, has been rejected, with the La Liga club keen to hold on to the player. (Marca)

Bruno Peres will cost Manchester City £17m as manager Pep Guardiola chases the Torino full-back, 26, as well as Everton's John Stones 22, and Leonardo Bonucci, 29, of Juventus to strengthen his defence.(Mail on Sunday)

Toure has been offered a £500,000-a-week deal to leave City and play in the Chinese Super League.(Star on Sunday)

West Ham have turned down a £10m bid from Lazio for their Ecuador striker Enner Valencia, 26.(Sunday Express)

Newcastle are on the verge of signing 21-year-old Arsenal defender Isaac Hayden, who spent last season on loan at Hull City, on a five-year deal.(Sky Sports)

Birthday cakes, or the supposed lack of one, can be a touchy subject in football but Manchester United's Ashley Young wasn't forgotten as he celebrated his 31st birthday. Chef Mike Donnelly - a sounding board for former United manager Louis van Gaal - came up trumps to earn the thanks of the winger. 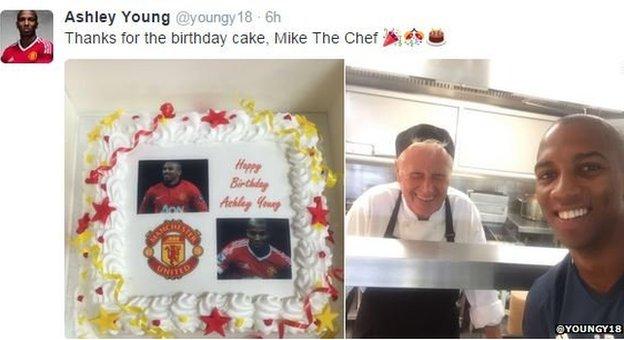 Aston Villa midfielder Jack Grealish was delighted to see former club captain Stiliyan Petrov, 37, continue his attempted comeback after recovering from cancer, with his first appearance for the club in more than four years in a friendly on Saturday. 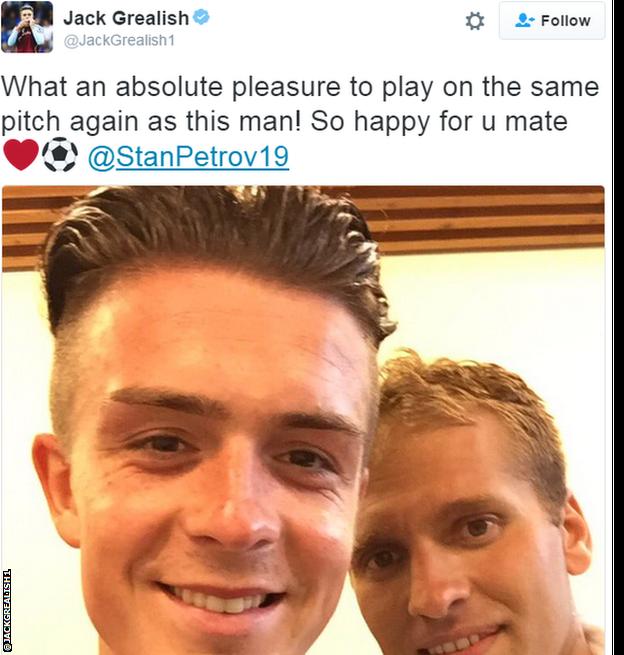 Former Everton, Middlesbrough, Blackburn and Reading striker Yakubu, 33, turned out for National League side Boreham Wood in a friendly on Saturday after ending a spell in Turkish football. (Borehamwood and Elstree Times)

Bradford City are set to sign Blackpool goalkeeper Colin Doyle, 31, after triggering a release clause - reported to be just £1 - in his contract. (Bradford Telegraph and Argus)