Striker Wilfried Bony, 27, is set to leave City, with Galatasaray offering him a loan move. (Sun)

Manchester City target Leroy Sane is yet to tell Schalke he wants to leave, with new City boss Pep Guardiola prepared to spend £40m on the 20-year-old German midfielder. (Bild - in German)

Mourinho will move for Newcastle midfielder Moussa Sissoko, 26, should he fail to sign Juventus' Paul Pogba, 23. (Le 10 Sport - in French)

The Magpies are willing to listen to offers starting at £20m for Sissoko.(Times - subscription required)

Everton manager Ronald Koeman says Bournemouth counterpart Eddie Howe should get the England job, adding the 38-year-old's "youth and energy" would "freshen up" the side. (Daily Mirror)

Arsenal have had a £25m bid for 21-year-old defender Daniele Rugani rejected by Juventus.(Calciomercato - in Italian)

Chelsea fear they will have to pay more than £50m to sign defender Kalidou Koulibaly, 25, from Napoli.(Evening Standard)

Liverpool and Tottenham have not been put off by Koln wanting £25m for 26-year-old defender Jonas Hector. (Bild)

Middlesbrough are interested in signing Chelsea defender Tomas Kalas, 23, this summer, according to his agent. (Evening Gazette)

Marseille will turn their attention to Aston Villa midfielder Carlos Sanchez, 30, after missing out on team-mate Idrissa Gueye, 26.(Birmingham Mail)

Thierry Henry, 38, is determined to prove Arsenal manager Arsene Wenger wrong and successfully combine his first steps into coaching with his work in television.(Daily Telegraph)

Italy striker Graziano Pelle paid tribute to Southampton and their fans on Twitter following his £13m move to Chinese side Shandong Luneng. 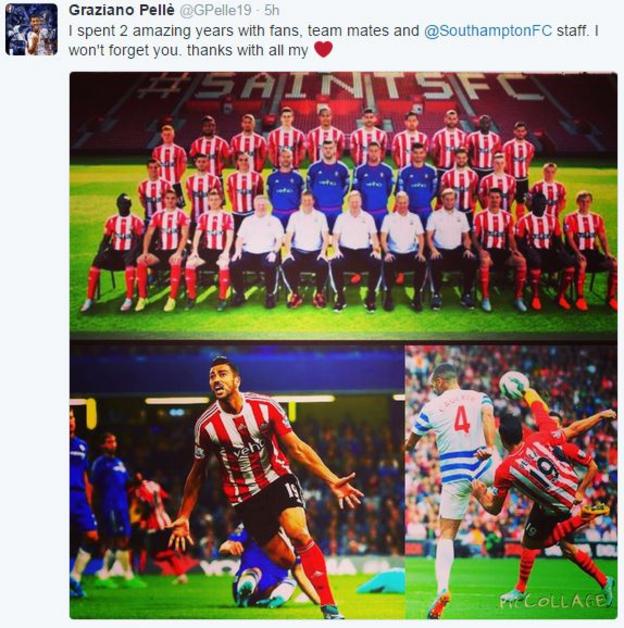 David Luiz and some of his Paris St-Germain team-mates enjoyed a day of rafting during a pre-season trip to Austria.

Zlatan doesn't get in shape. Shape gets in Zlatan. New Manchester United striker Zlatan Ibrahimovic posted a video of himself on Instagram running on a treadmill in Las Vegas as he prepares for the new season.

The Swede also posted a photo of himself staring out over the Grand Canyon. 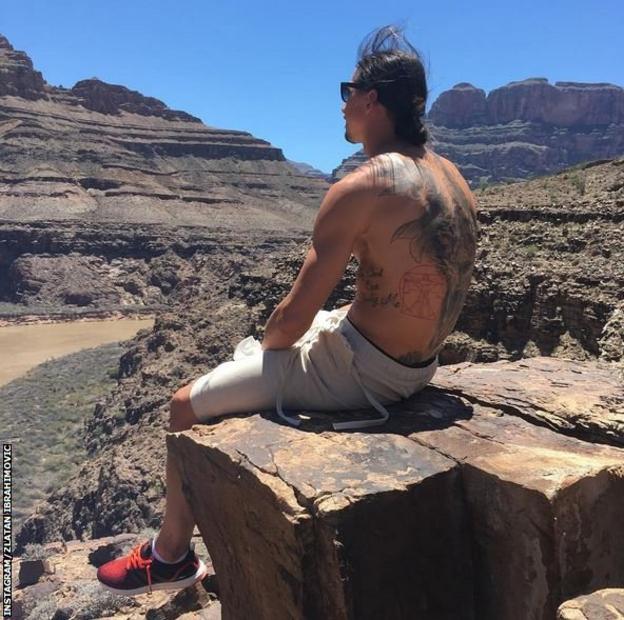 Luke Shaw had two reasons to celebrate on Tuesday - it was his 21st birthday and he is playing again after a double leg fracture in September. Manchester United team-mate Memphis Depay was on hand to mark the occasion.

Chelsea's new £33m signing Michy Batshuayi had a day to forget while on holiday in Ibiza when his £180,000 Lamborghini was towed away after he left it parked in the shade on a street. (Daily Mirror)