Swansea are preparing a bid to re-sign Wilfried Bony, 27, from Manchester City, with Everton also interested in the Ivory Coast striker. (Sunday Express)

Everton striker Romelu Lukaku, 23, has his sights on a return to Chelsea to complete what he says is "unfinished business". (Sun on Sunday)

Sam Allardyce will confirm that Wayne Rooney is staying as England captain. The FA is aiming to arrange a friendly on 1 September as Allardyce's first game in charge, with Czech Republic the likely opponents. (Sun on Sunday)

West Ham have placed an £18m price tag on 17-year-old defender Reece Oxford, who is being monitored by Manchester United and Manchester City and was the subject of a £10m bid from Bundesliga club Red Bull Leipzig. (Mail on Sunday)

Former Manchester United and England defender Gary Neville, 41, says he still feels optimistic despite losing two jobs in six months, and insists he had "complete belief" in England at Euro 2016 "until the last 60 minutes against Iceland. I never saw that coming". (Sunday Times - subscription required)

Neville could return to football as assistant to David Moyes at Sunderland. (Sunday Express)

Former Arsenal captain Tony Adams has turned down the chance to coach Arsenal's Under-18s after Thierry Henry left the role, opting instead for a job at Chinese club Chongqing Lifan. (Sunday Telegraph)

Midfielder Bastian Schweinsteiger, 31, could be one of several players to leave Manchester United, with midfielder Juan Mata, 28, and winger Memphis Depay, 22, also at risk. (Mail on Sunday)

Liverpool midfielder Joe Allen is set to hold talks with Stoke manager Mark Hughes on Sunday as he closes in on a £13m move from Liverpool. (Sunday Telegraph)

West Ham joint-chairman David Gold has told fans on Twitter that a move for AC Milan forward Carlos Bacca, 29, is "up to the player". (London Evening Standard)

Everton are preparing a £12.5m bid for Porto defender Bruno Martins Indi, 24, as John Stones moves closer to a deal with Manchester City. (Sun on Sunday)

West Ham are close to signing Argentine striker Jonathan Calleri, 22, from Brazilian club Sao Paulo after he turned down a move to Inter Milan. (Sun on Sunday)

Everton have agreed a £25m fee for Zenit St-Petersburg's Belgium midfielder Axel Witsel, 27, as they look to beat Chelsea and Inter Milan to a deal. (Mail on Sunday)

Arsenal right-back Hector Bellerin, 21, has declared the club his "home" amid rumours linking him with Manchester City. (Sunday Mirror)

Dutch forward Memphis Depay, 22, told fans that he and his Manchester United team-mates were "lost" in China after their plane was forced to make an emergency landing.

Fabio Borini celebrated scoring for Sunderland in their 2-1 pre-season friendly win over Rotherham on Saturday, just five hours after David Moyes took over as manager of the Black Cats. 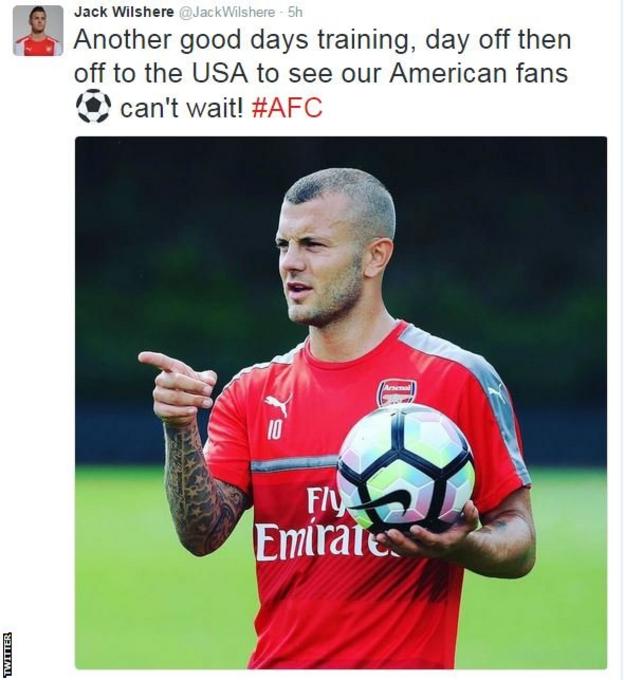 Real Madrid forward Cristiano Ronaldo is set to have an airport named after him in his native island of Madeira, adding to the already impressive tally of a hotel, a museum and a bronze statue in his honour that already exist. (Sunday Mirror)