Agent Mino Raiola has cancelled Juventus and France midfielder Paul Pogba's medical with Manchester United, which the 23-year-old was set to complete in Miami. (AS, via Daily Star)

Lyon have told Arsenal and West Ham they will have to offer £40m plus bonuses to sign 25-year-old striker Alexandre Lacazette. (Daily Mirror)

Chelsea have warned Juventus that they have no intention of selling 27-year-old defensive midfielder Nemanja Matic. (Daily Telegraph)

Manchester City manager Pep Guardiola has ordered some of his first-team stars to train away from the rest of the squad until they get their weight down. (The Times - subscription)

Manchester United target Blaise Matuidi has been told he is allowed to leave Paris St-Germain this summer, with the 29-year-old midfielder available for around £30m. (L'Equipe, via Manchester Evening News)

Austria forward Marko Arnautovic, 27, is not interested in a move to Everton and will sign a new contract with Stoke City. (Daily Mail)

Arsenal and Liverpool are interested in signing Jese, who has played five times for Spain's under-21 side. (Sun)

Leicester have increased their offer for 19-year-old Poland international striker Bartosz Kapustka with a new £5.2m approach to Cracovia. (The Times - subscription)

Norwich City have made a bid for 29-year-old Fulham striker Ross McCormack that could rise to £12m with add-ons. (Daily Mail)

Wolfsburg defender Jeffrey Bruma, 24, said he could have re-signed for Chelsea before joining the German side this summer. (Bild, via Daily Star)

Former Everton manager Roberto Martinez is the frontrunner to be the new Hull manager. (Sun)

Bayern Munich's 21-year-old goalkeeper Ivan Lucic could be swapping the Allianz Arena for Cheltenham Town. Lucic is set for a medical ahead of a move to Bristol City, but manager Lee Johnson will send him to his dad Gary's Cheltenham side to gain experience. (Sun)

Liverpool midfielder Cameron Brannagan, 20, remains keen to go out on loan this season despite a proposed move to Wigan Athletic breaking down. (Liverpool Echo) 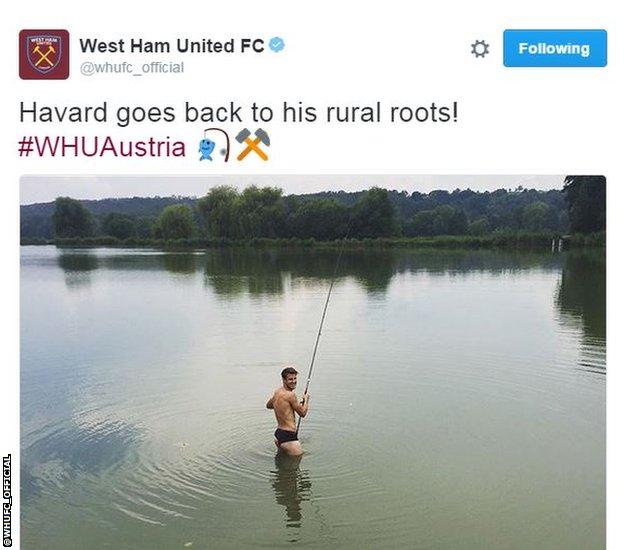 Three young Chelsea fans from a Los Angeles children's charity got the chance to "sign" for the club, with the Blues tweeting this picture... 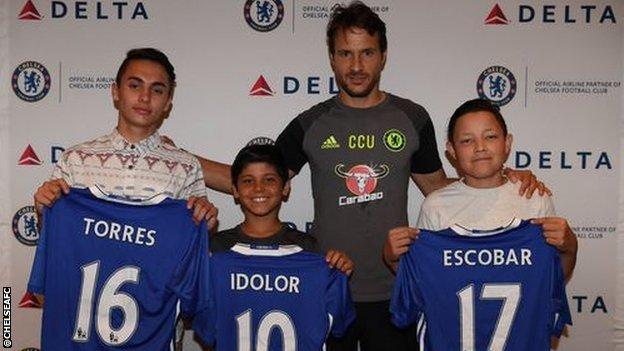 Duncan Watmore cleaned up in Sunderland's table tennis 'French Open' competition, with club tweets including "an outrageous shot from Duncan Watmore" and "Watmore's on fire".

Joselu and his Stoke team-mates are preparing for another rollercoaster Premier League season in Orlando... 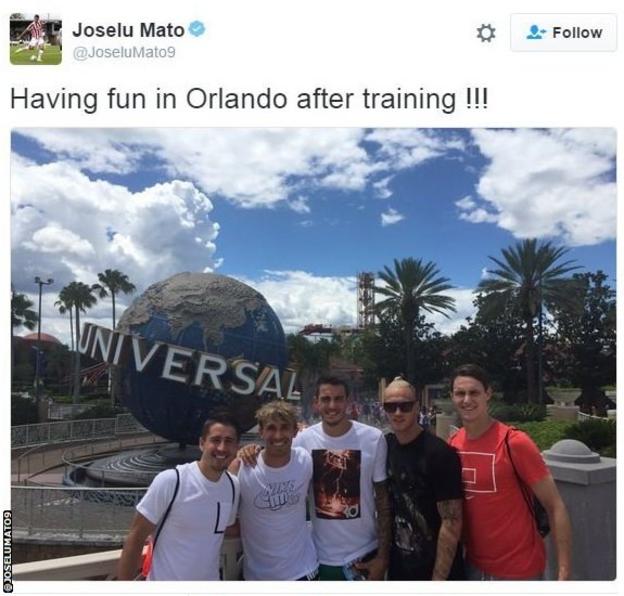 Manchester United forward Wayne Rooney tweeted a message to the club's fans after returning home from their pre-season tour: "Back home after a great pre-season camp in China. Thanks to all our fans over there for the brilliant support."

PSV Eindhoven left-back Jetro Willems, 22, says that he posted a photoshopped image of himself "signing" for Liverpool as a joke. (Metro)

Manchester United manager Jose Mourinho called his squad in for training at 6:30 BST on Tuesday morning despite the fact that their flight home from their pre-season tour of China had landed only 90 minutes earlier. (Sun)