AC Milan, Inter Milan and Roma are interested in signing Samir Nasri, 29, with Manchester City willing to listen to offers for the French midfielder. (Sky Sports)

Arsenal could sign Valencia's German defender Shkodran Mustafi, 24, and Northern Ireland centre-back Jonny Evans, 28, of West Brom before the season starts after Per Mertesacker and Gabriel were injured in pre-season. (Daily Mirror)

But Chelsea are also interested in the £50m-rated player, after failing to sign Everton's striker Romelu Lukaku, 23. (Daily Star)

Or the Blues will bid £65m for Lukaku and are willing to wait until transfer deadline day to sign the Belgian. (Daily Express)

Arsenal are also interested in re-signing Besiktas' Oguzhan Ozyakup, 23, who played for the Gunners as a youngster. But they face competition from AC Milan, Fiorentina and Borussia Dortmund for the Turkey playmaker. (Gazzetta)

Championship side Wolves are set to break their transfer record and beat Liverpool to sign Benfica's Brazilian forward Anderson Talisca, 22. (The Sun)

Bastian Schweinsteiger, Marcos Rojo, Daley Blind and Juan Mata could all be on their way out of Manchester United. (Daily Telegraph)

Paris St-Germain have finished their transfer business for the summer, according to the club's president. (L'Equipe - in French)

Former England manager Roy Hodgson has turned down two job offers, one in China and another in the Premier League, and may now retire from football.(Bleacher Report)

Wilfried Bony, Samir Nasri, Jesus Navas and Eliaquim Mangala could all be on their way out of Manchester City. (Daily Mail)

Everton have had an £18m offer for Crystal Palace's 27-year-old Congolese winger Yannick Bolasie rejected, with the London side hoping for a figure closer to £30m. (Guardian)

Former Valencia coach Gary Neville, who has returned to football punditry, says he will focus on business and television "for now." (The Times - subscription required)

Greece goalkeeper Dimi Konstantopoulos, 37, says he will not be leaving Middlesbrough this summer. (Hartlepool Mail)

Besiktas say they will not be signing Liverpool strikers Mario Balotelli, 25, and Christian Benteke, 25, after being put off by the Italian's temperament and the Belgian's asking price. (Talksport)

West Ham striker Andy Carroll, 27, is looking for a return to the England set-up. (ESPN)

Former England striker Gabby Agbonlahor, 29, has been told he is unlikely to play for Aston Villa again. (Birmingham Mail)

Arsenal manager Arsene Wenger has revealed he is "quite scared" of retirement and says he cannot comprehend how contemporaries such as Sir Alex Ferguson have coped without working full-time. (Daily Telegraph)

Manchester United's announcement of Paul Pogba's signing was a slick demonstration of modern marketing and keeping sponsors involved - or at least it would have been had Twitter user Chris Grimes not scooped the big, planned release by sharing an exclusive picture of the player wearing the club's kit. 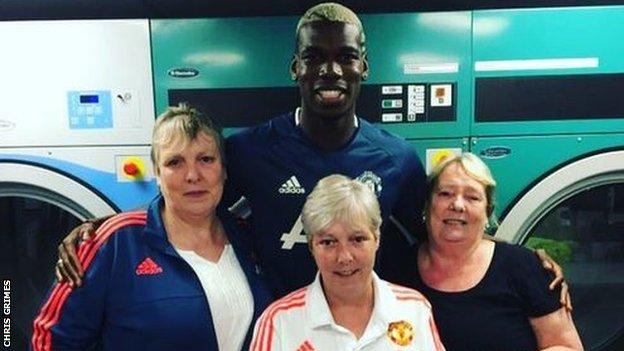 Manchester Airport's Twitter account gave some amusing updates on the arrival of Pogba into the airport on Monday. 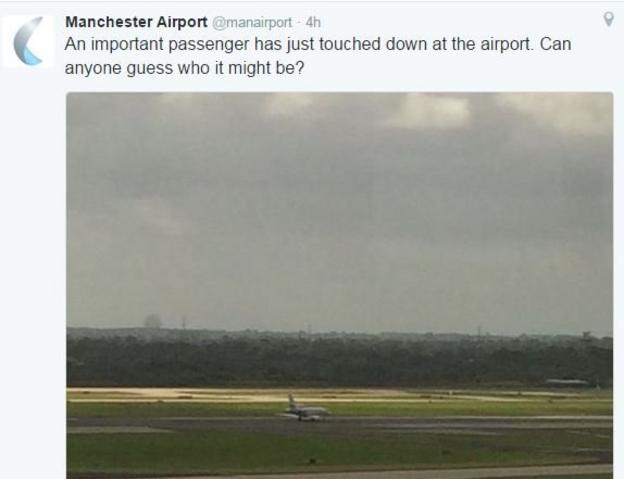 While this 'fact' about Pogba is, in fact, nonsense... 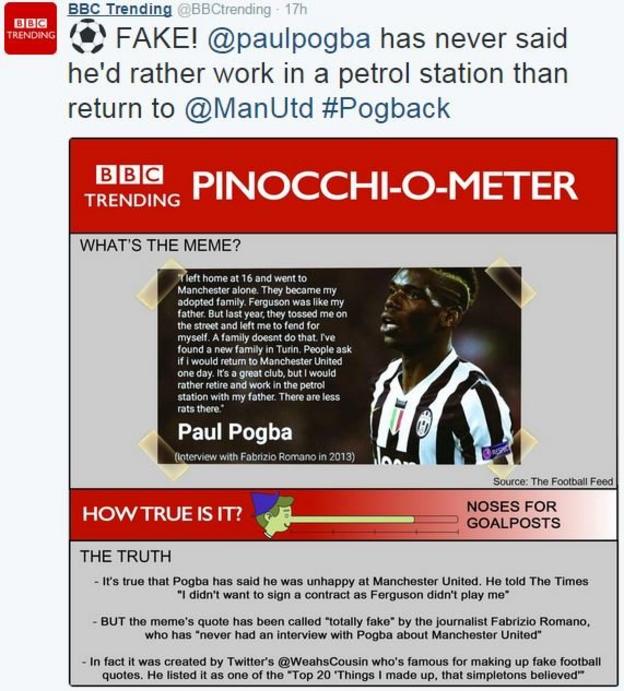 Mesut Ozil had a message of encouragement for Arsenal and Germany team-mate Serge Gnabry, who is competing for his country at the Rio Olympics. "Now you're showing the world again what a talented player you are," said Ozil.

Olympics? Last-minute training before the Premier League starts on Saturday? Neither of those stopped Harry Kane finding the time for a round of golf.

England manager Sam Allardyce has been snapped in a drive-thru in Bolton. (ESPN)