Algeria winger Riyad Mahrez, 25, has accepted that he will not be leaving Premier League champions Leicester City this season. (Guardian)

Arsenal manager Arsene Wenger has described his team's defensive problems as "very frustrating", but will not add reinforcements before Sunday's game with Liverpool, despite being without a fit senior central defender. (Talksport)

Wenger will only consider signing a superstar striker, with Bayern Munich and Poland's Robert Lewandowski, 27, and Atletico Madrid and France's Antoine Griezmann, 25, his top targets. (Sun)

The Gunners are set to be told by Lyon they must pay £60m for 25-year-old striker Alexandre Lacazette.(Daily Telegraph)

Arsenal and Germany playmaker Mesut Ozil, 27, would relish a return to his previous club, Real Madrid. (Bild, via Irish Independent)

Yannick Bolasie will complete his £25m switch from Crystal Palace to Everton in the next 24 hours. The 27-year-old DR Congo winger will earn about £90,000 a week at Goodison Park.(Daily Mirror)

Manchester United will allow Adnan Januzaj, 21, to join Sunderland on loan, but will not consider selling the Belgium forward.(Goal)

Januzaj is said to have been left "humiliated" by new United manager Jose Mourinho's decision to cut him from the club's first-team squad.(Daily Telegraph)

However, Januzaj, who has played 66 times for United's first team, would prefer a move abroad. (Independent)

Tottenham's move for Marseille and French winger Georges-Kevin Nkoudou, 21, could be on the brink of collapse, because of disagreements over the structure of the £11m payment.(Guardian)

Atletico Madrid have made a £17.2m (€20m) offer for Santos and Brazil striker Gabriel Barbosa, 19, who is reported to be a target for Leicester. (Mundo Deportivo)

Liverpool boss Jurgen Klopp has blocked Galatasaray's bid to sign 29-year-old Brazilian Lucas Leiva because he is concerned about being left short in midfield. (Daily Mirror)

Arsenal midfielder Jack Wilshere, 24, believes England's players deserve any stick they get from fans in the new Premier League season after their Euro 2016 humiliation. (Daily Express)

Wolves have seen their £20m move for 22-year-old Benfica forward Anderson Talisca sanctioned by the Football Association, moving the most expensive deal outside of a top league closer to completion.(O Jogo -

Hull City owners Assem and Ehab Allam have taken a significant step towards the sale of the Premier League club after holding advanced talks with a group of investors from China and Hong Kong.(Hull Daily Mail)

Arsenal midfielder Mesut Ozil posted a picture of himself during training before the start of the new Premier League season. 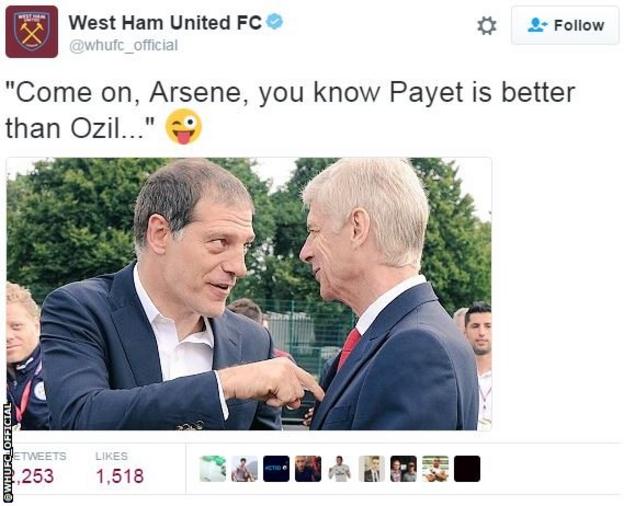 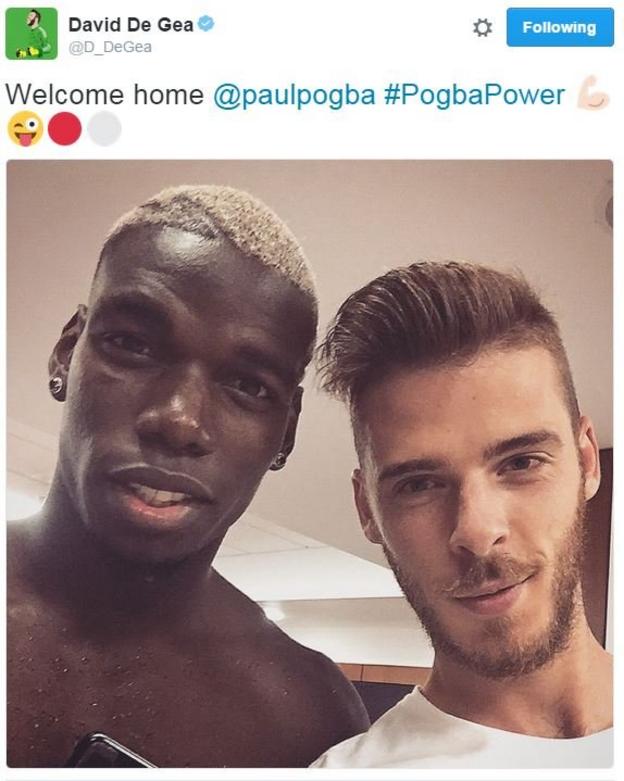 Chelsea have banned half-and-half scarf sales by stall holders after trademarking the club's name on all clothing items.(Daily Mail)

New Chelsea boss Antonio Conte has banned his players from eating pizza, drinking fizzy drinks, and using tomato ketchup and brown sauce as part of an overhaul of the club's nutritional and fitness regime. (The Times)