Valencia and Germany defender Shkodran Mustafi has agreed personal terms with Arsenal, with the Spanish club prepared to accept a bid upwards of £25m for the 24-year-old. (Guardian)

Manchester United manager Jose Mourinho must sell players before he can buy another central defender. (ESPN)

Arsenal have made an improved bid of £35m for Leicester City winger Riyad Mahrez, having had a £30m offer for the 25-year-old turned down. (L'Equipe via Sun)

West Brom are interested in striker Christian Benteke but will have to break their club transfer record to sign the 25-year-old Belgium international from Liverpool. (Guardian)

Inter Milan have made a bid for 19-year-old Santos striker Gabriel Barbosa, who has also been the subject of an approach from Leicester City. (Sun))

But Chelsea forward Pedro, 29, wants to leave the club and Conte is open to offers for the Spain international. (Sport via Daily Star)

Everton are looking to buy a striker but Manchester City's Wilfried Bony, 27, is not a target. The Goodison Park club want to offload 26-year-old forward Oumar Niasse for £13.5m. (Liverpool Echo)

Toffees boss Ronald Koeman admits the club may not be able to resist an offer from Chelsea for Belgian striker Romelu Lukaku, 23. (Evening Standard)

Crystal Palace boss Alan Pardew has promised a new brand of football at Selhurst Park this season, with a view using to the style employed by Spanish champions Barcelona. (City AM)

Everton manager Ronald Koeman says his squad is only "70% fit" heading into their Premier League opener against Tottenham after being given too much time off this summer. (Daily Mail)

Middlesbrough boss Aitor Karanka has told his players they must speak English in and around the club's training ground. (Daily Express)

Newcastle's attempts to sign another striker could see them make a move for Anderlecht forward Idrissa Sylla, 25. (Daily Telegraph)

Birmingham City have issued a warning to the club's shareholders after some were targeted in a phone and email scam.(Birmingham Mail)

Has Tottenham boss Mauricio Pochettino been setting his players homework? We can't tell, but something has called for Spurs midfielder Erik Lamela's focus... 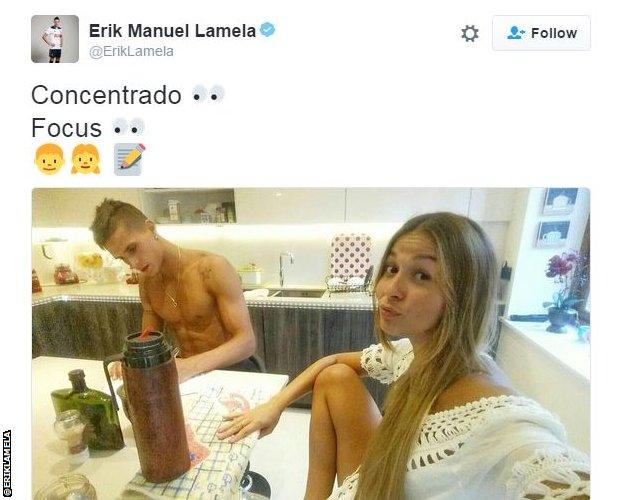 Arsenal defender Carl Jenkinson, who has spent the majority of his career in London, took the chance to see some of the capital's landmarks...

New Tottenham signing Victor Wanyama isn't quite sure how long it is until the start of the Premier League season... 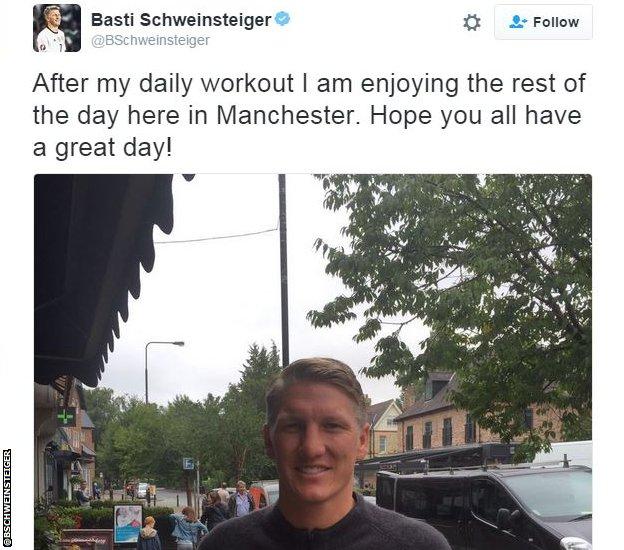 Former Croatia international Robert Prosinecki has called out Juventus striker Gonzalo Higuain, labelling the Argentine a "little pig" and adding "he's even more fat than me". (Jutarnji List, via Metro)