Manchester City goalkeeper Joe Hart, 29, has been told he can leave if manager Pep Guardiola signs a replacement. Everton are keen on the England international. (Daily Mirror)

Arsenal target Alexandre Lacazette, 25, says he might leave Lyon this summer. The Premier League side have had a £29m bid rejected for the France international. (Canal+ via Metro)

West Brom are also interested in Benteke, but Liverpool will not accept anything less than £32.5m for the Belgian. (Sky Sports)

Everton expect to announce the £25m signing of Bolasie and manager Ronald Koeman is ready to press ahead with further signings. (Daily Express)

Manchester United manager Jose Mourinho said midfielder Juan Mata, 28, had a future at the club after scoring in their Premier League opener against Bournemouth.(Sky Sports)

Everton have had an £8.6m offer for Lyon winger Rachid Ghezzal turned down, and the 24-year-old is keen to stay in France. (Goal)

But Eriksen played down reports of his unrest by writing on social media: "Don't believe what you read." (Independent)

Watford are interested in 22-year-old Juventus midfielder Mario Lemina, who Arsenal have bid £14m for. (Calciomercato - in Italian)

West Brom manager Tony Pulis is worried his team is 'stagnating' and wants to invest in new players quickly. (Guardian)

Blues boss Antonio Conte says Diego Costa is staying at Chelsea and wants the 29-year-old striker to continue with his aggressive style of play. (Daily Mail)

The Magpies are considering a bid for Sheffield Wednesday striker Fernando Forestieri, 26. The Italian refused to travel to Wednesday's Championship game against Norwich. (Yorkshire Post)

Hull defender Curtis Davies has called on the club's owners to appoint a full-time manager to start a recruitment drive as quickly as possible and backed caretaker boss Mike Phelan for the role. (The Times - subscription required)

Manager Slaven Bilic says West Ham were too slow with their bid for striker Michy Batshuayi in the summer. (Daily Star)

Former England captain Alan Shearer says Pep Guardiola needs to tell Joe Hart if he is not part of his plans so the England goalkeeper can move on. (The Sun)

Antonio Valencia dedicated Manchester United's 3-1 win over Bournemouth on Sunday to team-mate Ander Herrera, who was celebrating his 27th birthday. He tweeted: "Happy Birthday brother. I wish the best for you. These 3 points are for you and for all fans."

Red Devils goalkeeper David de Gea snapped a quick selfie with the birthday boy as they celebrated their victory. 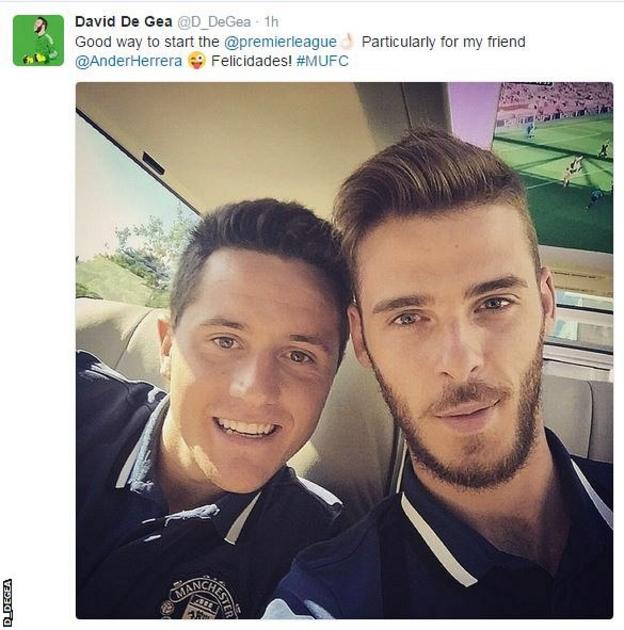 Swansea City defender Jordi Amat was pleased to bump into former team-mate Ashley Williams, who has signed for Everton. 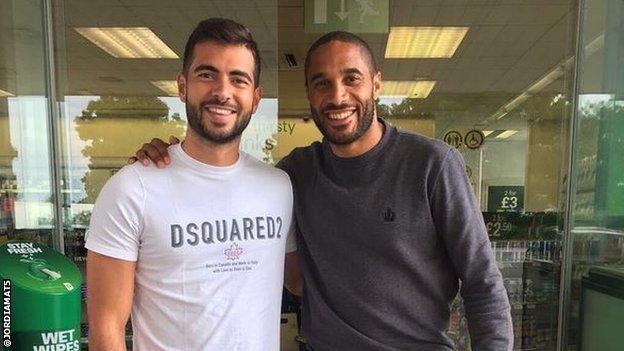 Liverpool goalkeeper Loris Karius, who joined the club in May, watched their first game of the season from the sofa as he recovers from a broken hand. 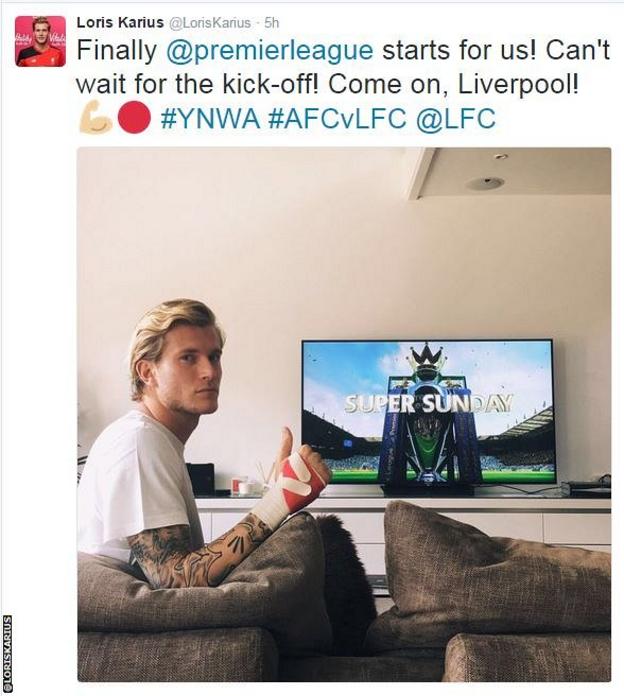 Arsenal goalkeeper Petr Cech's day went from bad to worse as he crashed his car outside Emirates Stadium after conceding four goals in the Gunners' loss to Liverpool. (Daily Telegraph)