Midfielder Cesc Fabregas is considering leaving Chelsea after being left on the bench for their Premier League opener against West Ham. Real Madrid are considering a move for the 29-year-old Spain international. (Sport - in Spanish)

Manchester City midfielder Yaya Toure, 33, wants to stay at the club despite being left at home for the first leg of their Champions League qualifier against Steaua Bucharest. (Daily Mirror)

Ivory Coast international Toure stands to earn £11m from seeing out the final season of his contract at Etihad Stadium. (Daily Express)

City are set to sign Barcelona goalkeeper Claudio Bravo, 33, once the Spanish side find a replacement. (Daily Mail)

Leicester are preparing an improved contract for midfielder Danny Drinkwater, 26, who has already rejected an improved deal. Tottenham are among a host of clubs interested in the England international. (Sun)

Liverpool's £25m bid for Mahmoud Dahoud has been turned down by German giants Borussia Monchengladbach. They made a move for the 20-year-old midfielder over the weekend but were told to not bother with an improved offer. (Sun)

Reds boss Jurgen Klopp will persevere with under-fire left-back Alberto Moreno, 24, rather than enter the transfer market to bolster Liverpool's options in the position. (Daily Express)

A tweet from West Ham's shirt sponsors during Monday's defeat by Chelsea was particularly critical of Michail Antonio. 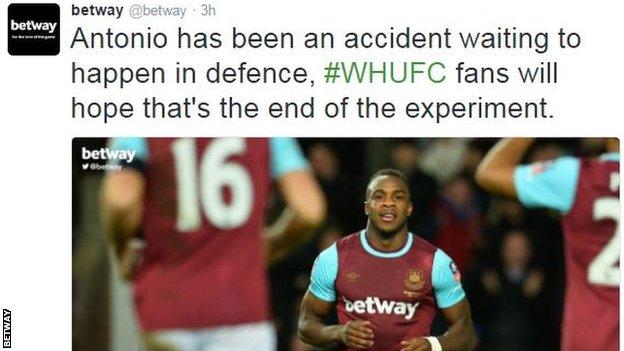 Burnley are yet to make an official announcement, but it seems Belgium midfielder Steven Defour has joined them...

The delay may be down to an important national holiday in Belgium... 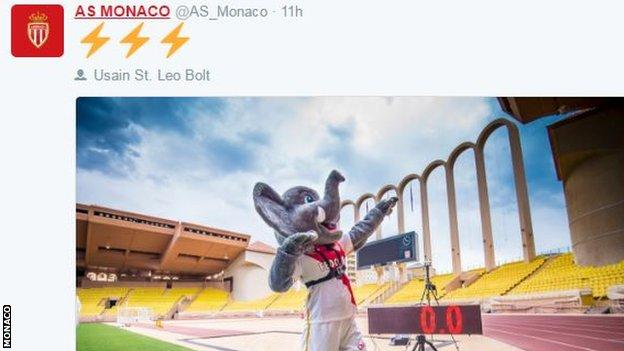 Yannick Bolasie posted Everton's club motto - 'nothing but the best is good enough' - on Twitter to mark his move from Crystal Palace...

UFC featherweight champion Conor McGregor jokingly said he would "slap the head off" Real Madrid forward Cristiano Ronaldo if they ever fought in the octagon. (BT Sport)