Barcelona have revealed they agreed a deal with Juventus 12 months ago to have a priority option on France midfielder Paul Pogba, 23, if he were to leave the Serie A club, but passed on the opportunity this summer before he joined Manchester United. (Sun)

West Brom manager Tony Pulis, 58, is considering his future at the Hawthorns after a frustrating transfer window. (Daily Express)

Former England striker Gabby Agbonlahor's Aston Villa career is over as bosses say he will not play for the club again after the 29-year-old snubbed a deadline-day move to fellow Championship club Reading. (Sun)

Stoke and England goalkeeper Jack Butland, 23, could be out for another two months after suffering a setback in his recovery from an ankle injury that has sidelined him since March. (Guardian)

Manchester City captain Vincent Kompany has made his long-awaited return from injury but will not play in the Manchester derby on 10 September. The 30-year-old Belgium defender played in a behind-closed-doors game at City. (Mirror)

Farhad Moshiri, the co-owner of Everton, has said the club decided against signing midfielder Moussa Sissoko, 27, because they did not want to jeopardise the future of 25-year-old Republic of Ireland midfielder James McCarthy. (Jim White Twitter)

Despite Wednesday's transfer deadline, Stoke and Hull are hopeful of signing former West Brom and Everton striker Victor Anichebe, who is a free agent. (Daily Mail)

But the striker could be reunited with former manager David Moyes at Sunderland after Black Cats forward Fabio Borini was ruled out for three months by injury. (Evening Chronicle)

Wilshere was weighing up a move to Roma but the deal broke down in part because Arsenal demanded a higher fee to sign the midfielder than the asking price they offered to Bournemouth. (London Evening Standard)

And former Arsenal youngster Benik Afobe, now at Bournemouth, persuaded Wilshere to join, because he is "my [Wilshere's] best friend". (Sun)

Chelsea failed in a bid to sign Napoli defender Kalidou Koulibaly before signing David Luiz during the transfer window, according to the Serie A club's owner Aurelio de Laurentiis. (Daily Star)

Liverpool plan to follow up their interest in targets Mahmoud Dahoud, 20, and Christian Pulisic, 17, in future transfer windows after missing out on them this summer. (Liverpool Echo)

Manchester United left-back Luke Shaw has said missing Euro 2016 was the best decision he has made. (Telegraph)

Crystal Palace have signed the brother of record signing Christian Benteke - 21-year-old striker Jonathan, for £850,000 from Zulte Waregem - despite scouts saying he is unlikely to be good enough for the Premier League. (Times)

Leicester keeper Kasper Schmeichel says he hopes to be fit to play for Denmark on Sunday after he continues his recovery from a hernia operation. (Twitter) 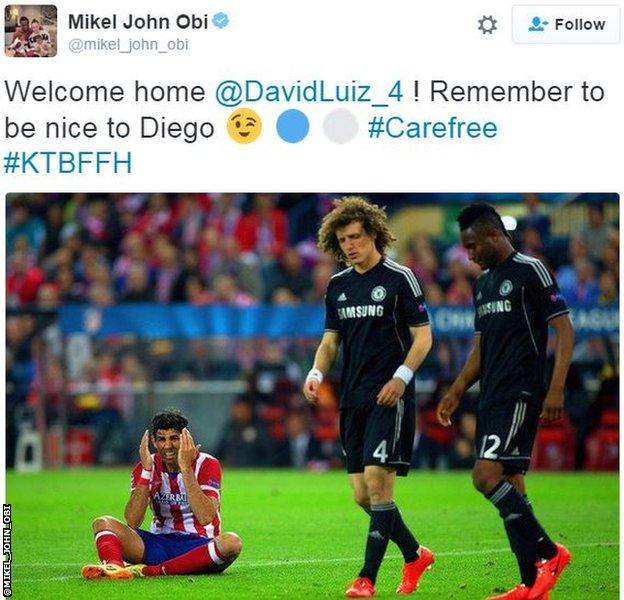 Manchester United and Germany midfielder Bastian Schweinsteiger tweeted his thanks following his retirement from international football. 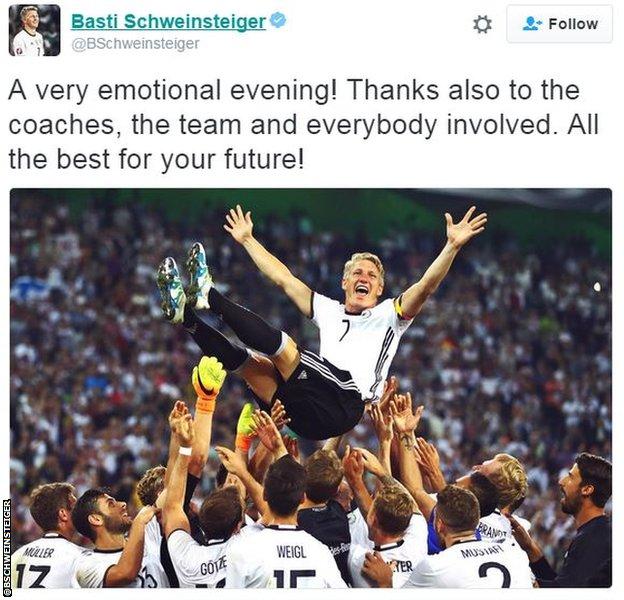 Super agent Mino Railola has earned over 30m euros (£25m) in commission this summer brokering the deals for Paul Pogba, Zlatan Ibrahimovic and Henrikh Mkhitaryan. That is more than the 21m euros Cristiano Ronaldo earns in a year at Real Madrid. (AS)

Swansea mistakenly published an article about their new signing Enner Valencia, the problem being the Ecuador forward had instead signed for Everton. (London Evening Standard)

Former Swansea striker Eder, 28, who scored the winning goal for Portugal in the European Championship final, has revealed his father is in jail after being convicted for murdering his stepmum. (Daily Mail)