Midfielder Yaya Toure, 33, will consider signing a pre-contract deal with another European club in January after being left out of Manchester City's Champions League squad. (Independent)

Real Madrid's France defender Raphael Varane, 23, has revealed he turned down a transfer to Manchester United this summer. (Canal+ via Talksport)

Liverpool forward Sadio Mane, 24, will be fit for Saturday's Premier League match against Leicester despite getting injured on international duty. (Sun)

Agent Mino Raiola, who works with new Manchester United signings Zlatan Ibrahimovic and Paul Pogba among others, says a player will soon be transferred for £200m. (Talksport)

Barcelona forward Lionel Messi, 29, has been told to "lighten his training load" because of a hamstring injury. (Barcelona's website)

Manchester City loanee Jason Denayer, 21, is in line for his first start for Sunderland in Tuesday's Checkatrade Trophy game against Rochdale, while midfielder Jan Kirchoff, 25, is set to return from injury in the game.(Sunderland Echo)

Real Madrid's Portugal forward Cristiano Ronaldo returned to training and posted a picture for his fans to "enjoy". 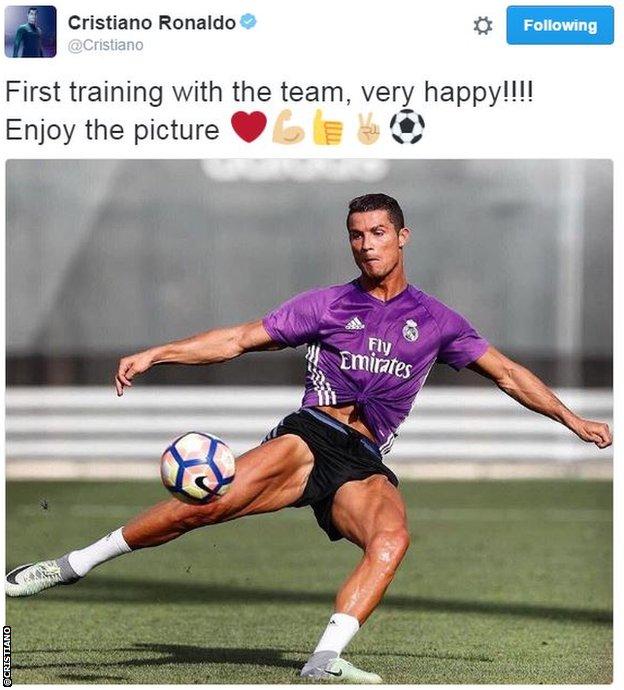 Stoke's England keeper Jack Butland has had an ankle operation and hopes he will soon be back playing.

Arsenal and Germany midfielder Mesut Ozil shared a video of him playing football with his dog. (Twitter)

Aston Villa forward Jack Grealish said he was "gutted" to be missing Tuesday's England Under-21 match against Norway. 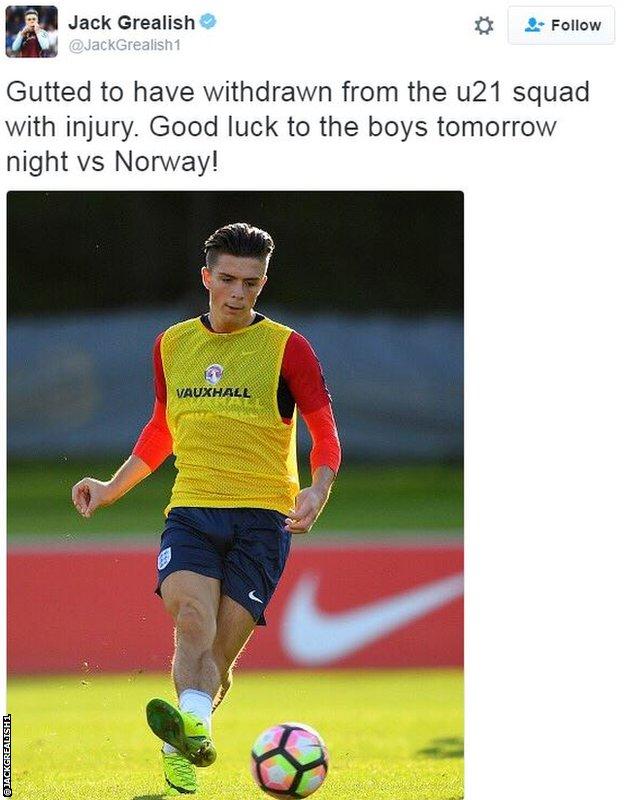 Younes Kaboul has thanked the Sunderland fans following his move from the Stadium of Light to Watford last month.