West Brom will look to reappoint former England boss Roy Hodgson if Tony Pulis decides to resign. Hodgson spent 18 months at The Hawthorns before joining England in May 2012. (Mirror)

There will be a crackdown on how Premier League clubs buy players under the age of 16, with families' phone records and bank details to be checked to stop clubs tapping-up youngsters. (Mirror)

New FA boss Greg Clarke has described the clock erected at St George's Park counting down to the Qatar 2022 World Cup by his predecessor Greg Dyke as "a joke". (Telegraph)

Arsenal and Manchester United are both interested in signing Manchester City's Ivory Coast midfielder Yaya Toure, 33, but a move to either club would be "impossible" according to his agent.(Sky Sports)

But defender Branislav Ivanovic, 32, faces an uncertain future at Stamford Bridge, with summer signing of Marcos Alonso, 25, threatening his position in the team. (Telegraph)

Crystal Palace striker Christian Benteke, 25, turned down the chance to move to the Chinese Super League from Liverpool in January, because he wanted to play in one of Europe's big leagues. (Daily Express)

Everton striker Romelu Lukaku, 23, has hinted that he will move away from the club next season. The Belgium international turned down Italian champions Juventus in the transfer window to continue under new Toffees manager Ronald Koeman. (Sport Wereld - in Dutch)

Juventus and Italy midfielder Stefan Sturaro was approached by Sunderland and Southampton during the transfer window.(Daily Star)

But the Spain full-back said that leaving Madrid was like "falling from heaven". (Cope - in Spanish)

Former England and Chelsea forward Kerry Dixon, 55, is determined to "turn his life around" after serving time in prison for actual bodily harm. (Daily Mail)

It was back to school day for Wayne Rooney's sons Kai and Klay. 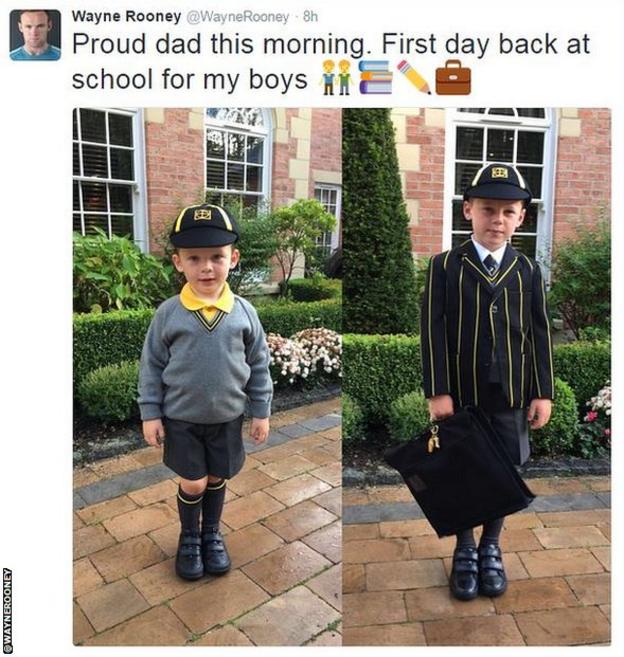 And Bournemouth and Arsenal midfielder Jack Wilshere wished his son Archie well on his first day at school. 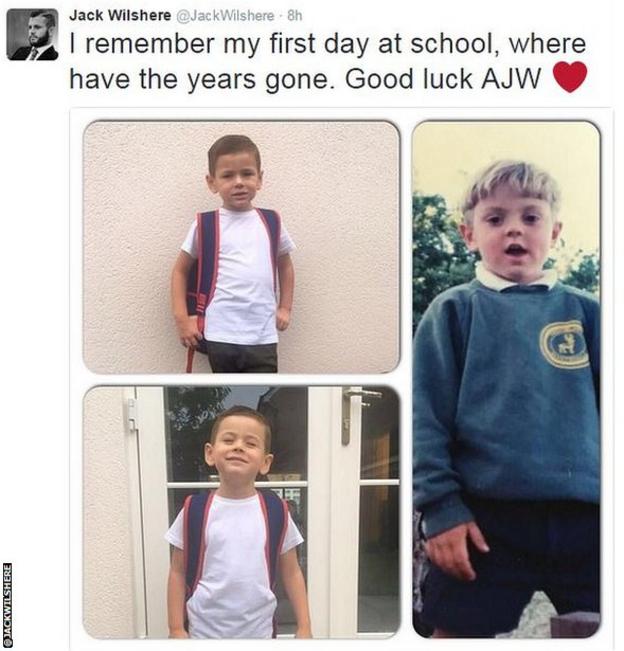 Saturday's Manchester derby will be the most expensive match ever played, with United and City fielding over half a billion pounds worth of talent between them.(Mirror)

Argentine referee Silvio Ruiz was taken to hospital after being punched by the player he was sending off. Atletico Quilmes defender Leonardo Vera hit the referee several times before being held back by his team-mates.(Mirror)