Manchester United boss Jose Mourinho's relationship with right-back Matteo Darmian, 26, has totally broken down and the Italian could be loaned to Juventus in January. (Tuttosport, via Daily Mail)

AC Milan defender Alessio Romagnoli, 21, said he was pleased the Italian club turned down Chelsea's bid for him in the transfer window. (Daily Express)

Everton boss Ronald Koeman says he spoke to Moussa Sissoko 10 days before transfer deadline day and the 27-year-old France midfielder was interested in signing for the Toffees. Sissoko instead joined Tottenham from Newcastle for £30m. (Liverpool Echo)

Bayern Munich, Juventus and Real Madrid are understood to be the leading clubs behind attempts to form a world super league that could lead to English teams playing midweek games in China within five years. (Daily Mirror)

Aston Villa turned down loan moves for defender Micah Richards, 28, from Sunderland and Hull City despite him not having featured in the league this season. (Birmingham Mail)

Tottenham boss Mauricio Pochettino believes midfielder Christian Eriksen, 24, may have been affected by speculation about his future before the Denmark international signed a new deal.(Times - subscription required)

Manchester United winger Adnan Januzaj, 21, says he moved on loan to Sunderland after not "many chances to play" and to "prove to some people that they were wrong".(Daily Star)

Roberto Martinez received a one-off severance payment of more than £10m from Everton after being sacked as their manager in May.(Daily Mail)

Manchester City face the prospect of being hit financially by controversial new changes to the Champions League, which will instead benefit city rivals Manchester United. (Times - subscription required)

Manchester United spent eight months attempting to sign Manchester City's new manager, Pep Guardiola, as a player - but the deal fell through as the then-Barcelona midfielder would not meet Sir Alex Ferguson, United's boss at the time.(Sun)

The NFL's return has made at least one Premier League footballer very happy, with Spurs striker Harry Kane glad to see it back.

Arsenal midfielder Mesut Ozil may not have been pleased midfielder Mathieu Flamini left, but is happy the Frenchman remained in London by signing for Crystal Palace. 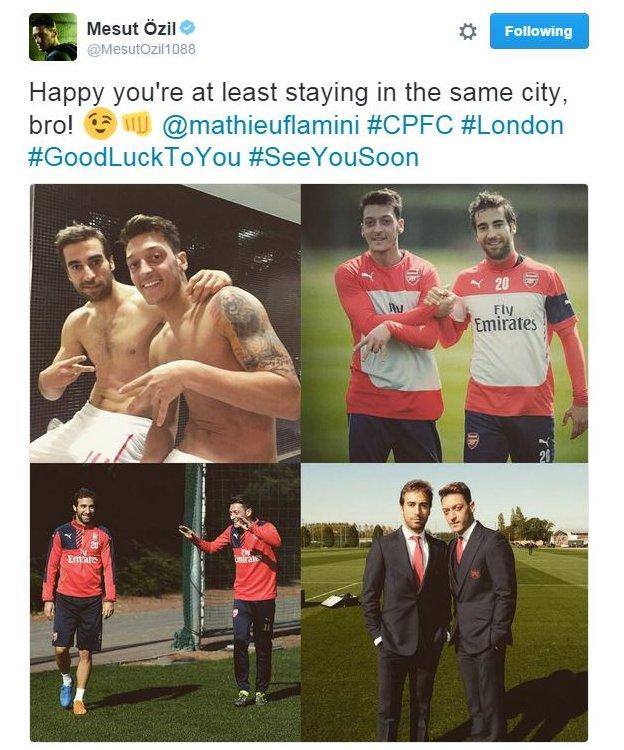