Arsenal boss Arsene Wenger is hopeful midfielder Jack Wilshere, 24, will sign an extended deal with the Gunners in January. England international Wilshere is currently on a season-long loan deal with Bournemouth. (Daily Star)

Wilshere has described Cherries boss Eddie Howe, who has been linked with succeeding Wenger, as "the perfect coach for me". (Telegraph)

However, former Gunners midfielder Ray Parlour believes Howe does not have the experience to take over at Emirates Stadium. (Sun)

Meanwhile, Gunners defender Laurent Koscielny, 31, is a doubt for Tuesday's opening Champions League game at Paris St-Germain after he suffered a kick to the face in Saturday's 2-1 win over Southampton. (Guardian)

Chelsea manager Antonio Conte says Diego Costa, 27, is a target for opponents and has called on Premier League referees to protect the Blues forward. (Sun)

Sunderland manager David Moyes says he could have won the Premier League with Everton if he had been given the money to sign a striker like the Toffees' 23-year-old Belgium international Romelu Lukaku. (Telegraph)

Lukaku was unhappy the club would not pay for him to fly back from international duty on a private jet and had to pay the £6,500 fare himself. (Daily Mirror)

Meanwhile, Everton manager Ronald Koeman has told midfielder Ross Barkley not to blame anyone but himself for being dropped by England. (Daily Telegraph)

Manchester United manager Jose Mourinho is going to give Rashford his first start of the season in Thursday's Europa League game against Feyenoord. (Guardian)

Tottenham's Argentina winger Erik Lamela, 24, wants to double his wages to £120,000 a week to sign a new deal. (Daily Mirror)

West Ham are to hold talks with their landlords at London Stadium over the security they provide. There was fighting among fans in Saturday's 4-2 defeat by Watford. (Daily Mail)

Hart's debut for Torino didn't go totally to plan. The England international dropped a corner to present Atalanta with their equaliser before his team went on to lose 2-1 and he was listed on the official teamsheet as 'John Hart'.

He scored two goals and said joining Liverpool was the worst decision of his life. Mario Balotelli was man of the match on his Nice debut. 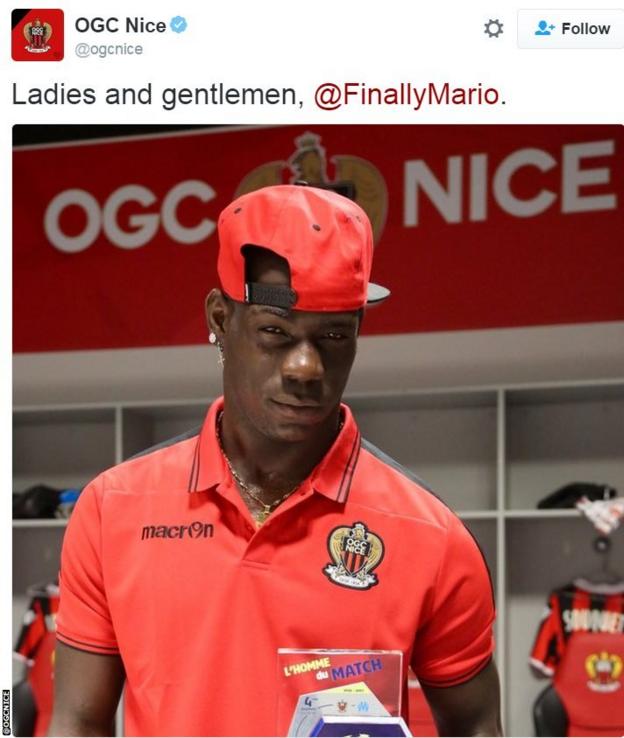 Barcelona's 24-year-old forward Neymar has announced plans for the launch of his career as a musician, with his first song to be released on Wednesday. (AS)

Arsenal defender Hector Bellerin is the fastest Premier League player on the upcoming Fifa 17 video game. Bellerin has been scored 95 out of 100 for pace, one less than the fastest player on the game, Borussia Dortmund striker Pierre Emerick Aubameyeng. (Mirror)