Arsenal are the latest Premier League club to be linked with a move for Atletico Madrid striker Antoine Griezmann, 25, with Manchester United, Manchester City and Chelsea also interested in the £80m-rated France international. (Daily Star)

Mark Hughes is now strong favourite to suffer the first Premier League managerial sacking of the season after his Stoke side continued their winless start to the season at Crystal Palace. (Daily Telegraph)

Toffees defender Phil Jagielka, 34, says there is a fear factor under new boss Koeman, who is "like a new headteacher" at Goodison Park. (Daily Express)

Real Madrid boss Zinedine Zidane insists midfielder James Rodriguez, 25, will not be leaving the club, despite being linked with moves to either Manchester United or Chelsea. (Daily Express)

West Ham's hopes of keeping centre back Reece Oxford, whose current deal expires at the end of the season, look bleak as Manchester United plot a move for the 17-year-old. (Daily Mail)

Antonio Conte subjected his players to an angry dressing-down after Chelsea's 2-1 defeat by Liverpool on Friday and is believed to have accused his players of failing to play as a team. (The Times - subscription required).

Newcastle will spend £10m to sign Brentford and Republic of Ireland midfielder Alan Judge, 27, in a deal that could be worth £2m in sell-on fees to his former club Blackburn. (Irish Sun)

Striker Emmanuel Adebayor, 32, has described Lyon's reasons for not signing him as "nonsense" and said the French club "will kill themselves" if they use similar excuses in the future. (L'Equipe, via ESPN)

Joey Barton's spell at Rangers is set to come an end when the midfielder, 34, has a meeting with manager Mark Warburton on Monday. (Daily Mirror)

Sheffield Wednesday defender Jeremy Helan is to quit football at the age of 24 to devote himself to religion. (Sheffield Star)

Former Celtic and West Brom striker Marc-Antoine Fortune had been set to join League One Southend on a free transfer, but it will only happen if the 35-year-old free agent lowers his wage demands. (Southend Echo)

David Beckham has been organising his England caps. The former England captain posted on Instagram: "Daddy why are your caps so fancy .... I had 2 little helpers to organise my caps this evening ... CB - I like the gold one daddy, HB - I love the blue with the silver tassel daddy..." 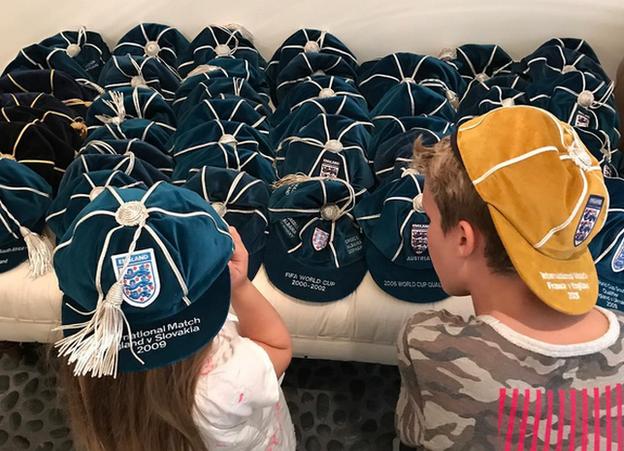 Roberto Firmino, complete with cracking hat, shared this picture of his Liverpool team-mates on Instagram: 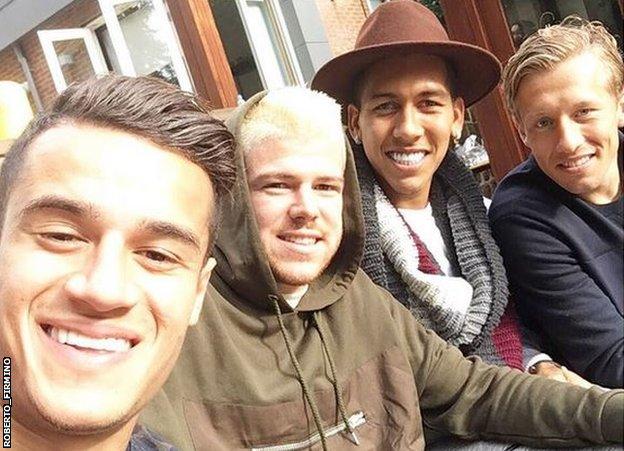 Everton's Romelu Lukaku seems to be enjoying new signing Yannick Bolasie's company on and off the pitch. Bolasie set up Lukaku's goal for the Toffees on Saturday, and the Belgium international posted a video of them car-sharing on Twitter.

Andros Townsend was pleased with Crystal Palace's 4-1 win against Stoke. He tweeted: "Great team performance today - have been overdue a big win like that... Nice to finally open my account also!"

Jack Wilshere reflected on Bournemouth's loss to Manchester City on Saturday with this tweet: "Tough game yesterday against a great Man City team. We will learn and improve on the performance."

Rangers midfielder Joey Barton revealed what he had for his Sunday dinner. "Can't beat your Nan's roast dinners..." he tweeted.

Leicester City defender Robert Huth has described how Arsenal players taking selfies after their 2-1 win against the Foxes in February "got the blood boiling" - and inspired them to their historic title success. (Sun)

A group of senior citizens replaced the usually younger generation of mascots to walk out on the pitch before AIK played Gelfe in the Swedish top flight. (Talksport)