Wales manager Chris Coleman is also in the frame to replace Guidolin if Swansea choose to sack the 60-year-old. (Bleacher Report)

England will recall Red Devils' striker Marcus Rashford, 18, for the World Cup qualifiers against Malta and Slovenia next month in place of the injured Harry Kane, 23. (Daily Mail)

Liverpool manager Jurgen Klopp says midfielder Emre Can, 22, needs more time to develop his rhythm after returning from injury in the EFL Cup on Tuesday. (Liverpoolfc.com)

Brazil striker Gabriel Jesus, 19, has said a phone call from manager Pep Guardiola persuaded him to choose Manchester City over Manchester United. He will join the Blues in January. (Manchester Evening News)

But City midfielder Yaya Toure, 33, is free to join another Premier League rival in January after falling out with manager Guardiola. (Daily Express)

Ivorian Toure claims he learned of Guardiola's comments through social media and feels stung by them. (Guardian)

Barcelona midfielder Sergio Busquets, 28, will end speculation of a reunion with Guardiola by signing a new five-year contract at the Spanish champions. (Talksport)

Chelsea striker Diego Costa, 27, turned down a move to Paris St-Germain after they tried to arrange a deal following David Luiz's departure in January. (France Football - in French)

Real Madrid striker Alvaro Morata, 23, says Chelsea bid £60m for him during the summer transfer window but the Spaniard decided to stay at the Bernabeu. (Sport Bild - in German)

Everton are targeting the double signing of Norwich twins Josh and Jacob Murphy, 21, after Josh scored against the Toffees at Goodison Park on Tuesday. (Daily Mirror)

The Gunners are growing increasingly concerned by Aaron Ramsey's recovery from injury. The 25-year-old midfielder has not played since the first day of the season because of a hamstring injury.(Sun)

Southampton could move for Paris St-Germain forward Hatem Ben Arfa, 29, whose future at the French champions is in doubt despite only joining the club from Nice in the summer.(Daily Mirror)

Middlesbrough defender Ben Gibson, 23, could be set for an England debut after impressing Sam Allardyce in the opening games of the season. (Independent)

Chelsea's Cesc Fabregas, 29, hopes his two goals against Leicester in the EFL Cup will boost his chances of a start against Arsenal in the Premier League on Saturday. (Guardian)

The FA may consider a bid to host Euro 2028. (Times - subscription required)

Manchester United entertained passers-by with an impromptu warm-up session in a car park before their EFL Cup tie against Northampton. 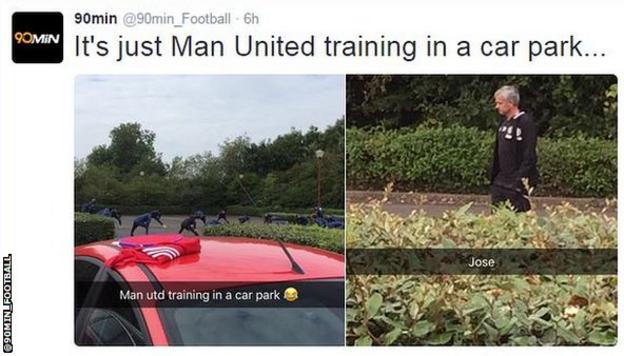 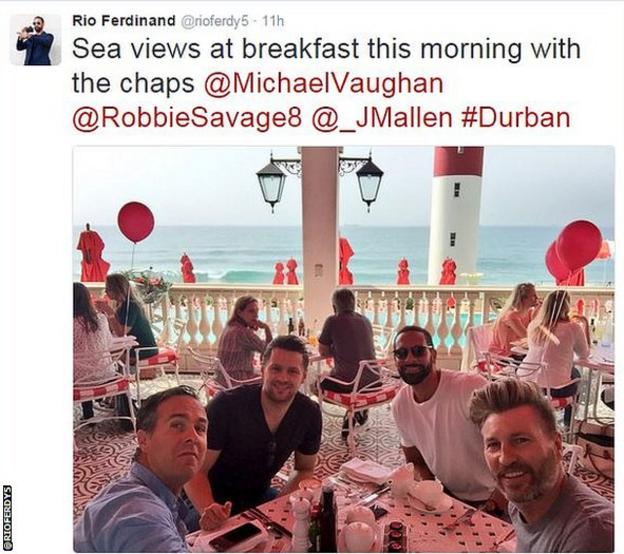 Gary Lineker had a few words for the agent of Manchester City midfielder Yaya Toure, after manager Pep Guardiola confirmed he would not be picked until his agent apologised.

The Scottish FA has denied claims from Serbia that the Scotland Women's U19 team were too drunk and hungover to play a European Championship qualifier this week. (The Sun)