Manchester United manager Jose Mourinho was so angry with Arsenal counterpart Arsene Wenger at the height of their rivalry he said he would "break his face", according to a new book.(Daily Mail)

Mourinho was on a two-man shortlist for the Liverpool job in 2004 and was "desperate" to move to Anfield, according to former Reds midfielder Danny Murphy. (Talksport)

United's players are said to be in "good spirits" despite a recent run of three straight defeats and Mourinho's criticism of full-back Luke Shaw, 21. (Manchester Evening News)

The Red Devils will face competition from AC Milan for the signing of Real Madrid midfielder Isco, 24. (Calciomercato.com - In Italian)

United legend Ryan Giggs would be open to the idea of becoming the next Swansea City manager if they part company with Francesco Guidolin. (Independent)

Former Old Trafford boss Louis van Gaal is set for a return to management with Bundesliga side Werder Bremen. (Abendblatt, via Sun)

Nigerian businessman Aliko Dangote - ranked by Forbes magazine as the richest person in Africa - says he would like to buy Arsenal "within three or four years". (Bloomberg)

Leicester manager Claudio Ranieri says midfielder Danny Drinkwater, 26, being linked with a return to Manchester United is good news for the Foxes.(FourFourTwo)

Leicester's goalkeeper Kasper Schmeichel, 29, is a doubt for Saturday's trip to Manchester United after missing training because of injury. (Daily Mirror)

Liverpool manager Jurgen Klopp believes the club should have got more money for forward Raheem Sterling than the £49m Manchester City paid for the 21-year-old.(Daily Star)

Sunderland defender Patrick van Aanholt, 26, was pictured smoking a shisha pipe a month before he was withdrawn from his side's starting line-up over health fears. (Sun)

Former Crystal Palace striker Emmanuel Adebayor, 32, has denied claims he smoked cigarettes and asked for whisky in his coffee during a meeting with Lyon over a potential move to the French club.(Guardian)

Everton manager Ronald Koeman has reiterated that 26-year-old striker Oumar Niasse, who joined for £13.5m in January, has no future at the club.(Daily Express)

Barcelona midfielder Andres Iniesta, 32, says not even an offer from Manchester City boss Pep Guardiola could dissuade him from ending his career at the Nou Camp.(Cadena Cope, via Goal)

Argentina manager Edgardo Bauza says Barcelona "do not look after Lionel Messi very well", after the 29-year-old was ruled out of his country's forthcoming World Cup qualifiers. (Fox Sports)

West Brom will not offer former Arsenal and Crystal Palace striker Marouane Chamakh a contract. The Morocco international, 32, had been on trial with the Baggies. (Sky Sports)

Stoke City owner Peter Coates has urged Potters fans to get behind manager Mark Hughes and his team, who are without a win in the Premier League this season, when they face West Brom on Saturday. (Stoke Sentinel)

Aston Villa are considering whether to suspend midfielder Jack Grealish, 21, following reports he was involved in a rowdy party at hotel in Birmingham last weekend. (Daily Telegraph)

Middlesbrough boss Aitor Karanka has urged defender Ben Gibson, 23, not to be distracted by talk of a call-up to the England squad. (Guardian)

Spurs midfielder Christian Eriksen said it was "very special" to captain his side during their 5-0 EFL Cup victory over Gillingham. (Instagram) 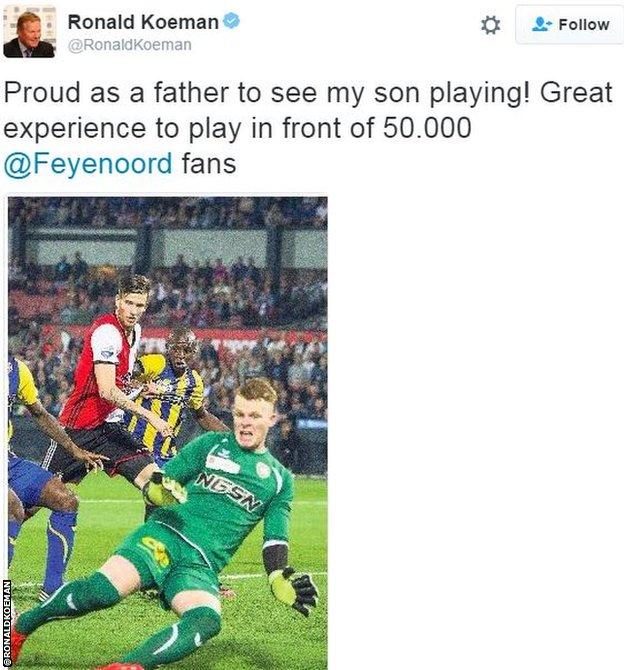 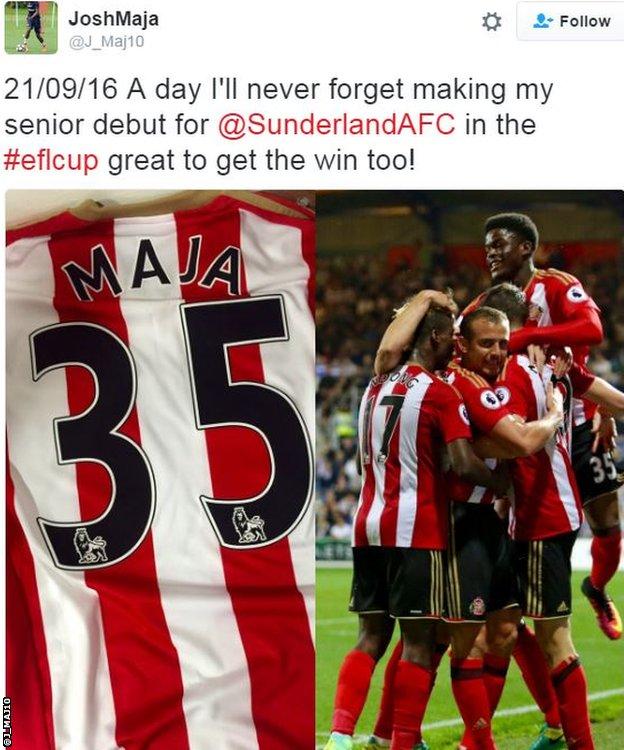 Barcelona right-back Douglas - on loan at Sporting Lisbon - sustained an unusual injury after falling asleep on the team bus. After four hours in an uncomfortable position, the 26-year-old had injured a muscle in his bottom. (AS)