Chelsea owner Roman Abramovich is prepared to bankroll an overhaul of the club's squad if the players fail to convince manager Antonio Conte they can compete for major honours again. (Telegraph)

Chelsea will make a £25m move for Burnley defender Michael Keane, 23, in an effort to solve their defensive problems. (Daily Mirror) 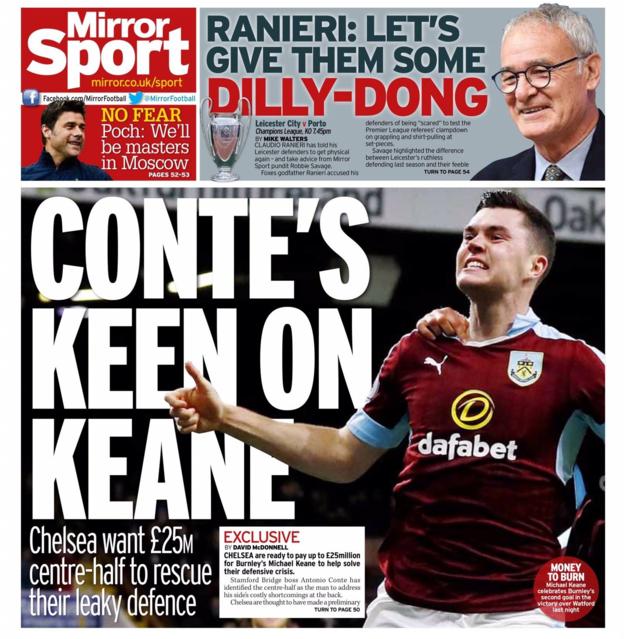 Conte could make a January move for Tottenham full-back Ben Davies, 23, who has failed to hold down a regular place at White Hart Lane.(ESPN)

Swansea City boss Francesco Guidolin is on the brink of being sacked and could leave the Liberty Stadium by the end of the week.(Talksport)

Manchester City captain Vincent Kompany, 30, will attend a Barcelona hospital with midfield team-mate Kevin de Bruyne, 25, as he fights to revive his career following a spate of muscle injuries.(Daily Mail)

Aston Villa manager Roberto di Matteo must win one of his next two matches or face the sack. (Guardian)

Manchester United midfielder Juan Mata, 28, has held talks with manager Jose Mourinho over a new contract and is "desperate" to stay at the club. The Spain international has two years left on his current £130,000-a-week deal at Old Trafford.(Sun)

Manchester United defender Phil Jones, 24, has been fitted with a leg brace for his knee and is set for a longer spell on the sidelines.(Sun) 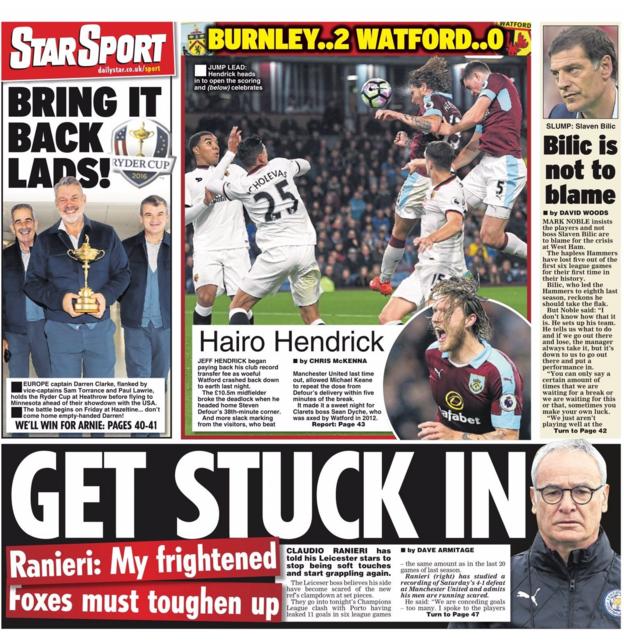 West Ham boss Slaven Bilic has just three games to save his job after just one win in their opening six Premier League matches.(Sun)

There are growing concerns about the standards set by Bilic at the West Ham training ground with players allowed to bring their children to training.(Daily Mail)

Stoke will continue to support manager Mark Hughes, despite the club failing to win any of their first six Premier League games of the season and sitting 19th in the table.(Daily Mirror)

Former Hull City chairman Paul Duffen said there is no urgency for the club to be sold as talks continue with potential investors.(Sky Sports)

Talks over a new contract for 17-year-old West Ham midfielder Reece Oxford have stalled, alerting Manchester United and Manchester City who are both interested in the player. Oxford has 18 months left on his deal at the London Stadium.(ESPN)

Barcelona defender Gerard Pique, 29, is keen to play in Major League Soccer when his career at the Nou Camp ends.(Fox Sports)

Liverpool manager Jurgen Klopp said his side are "not too far away" from those teams battling for the Premier League title.(Sky Sports)

Real Madrid coach Zinedine Zidane denied there was a rift between him and 31-year-old forward Cristiano Ronaldo.(Reuters)

Chelsea striker Patrick Bamford apologised after 'liking' photos on Instagram by Mesut Ozil and Hector Bellerin, who were celebrating Arsenal's 3-0 win over the Blues.

Tottenham midfielder Dele Alli posted a selfie on Twitter as the Premier League side prepared to fly to Russia to face CSKA Moscow in the Champions League on Tuesday. 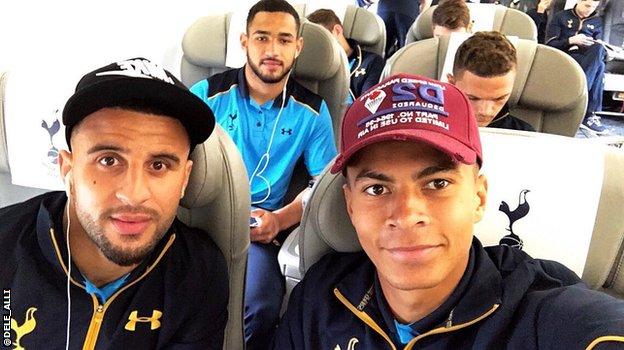 British Olympic gold medallist and Arsenal fan Mo Farah says he would like to work as a fitness coach at Emirates Stadium once he has retired from athletics. (Daily Mail)