Allardyce - what they say

Sam Allardyce will still face a Football Association inquiry into the comments he made, specifically on third-party ownership and offering advice to businessmen on how to "get around" the governing body's rules on transfers. (Daily Telegraph)

Times chief football writer Henry Winter says the FA "would be wise" to turn to Bournemouth's Eddie Howe as a replacement for Allardyce. (Times - subscription required)

Daily Mail chief sports writer Martin Samuel writes that the FA should use the hiatus as a means to get Arsenal manager Arsene Wenger. (Daily Mail)

Sun reporter Neil Ashton says the England job could be Gareth Southgate's if the "dignified man" does well in his four games in charge as caretaker boss. (Sun)

It is understood that Allardyce blamed no-one but himself for being lured into a sting operation which has not just cost him his job but leaves his career in tatters.(Daily Mirror)

FA bosses have been left "with egg on their face" over the appointment of Allardyce, says former Arsenal striker Alan Smith. (Sky Sports)

Burnley's Michael Keane, 23, says he is happy at the club after he was the subject of a £15m bid from Leicester City in the summer - Chelsea have also been linked with a January move for the centre-back. (Guardian)

Sunderland manager David Moyes has the full support of the club's board, despite the Black Cats being bottom of the Premier League after failing to win any of their opening six games. (Daily Telegraph)

Wayne Rooney and Henrikh Mkhitaryan are set to start for Manchester United against Zorya Luhansk in the Europa League on Thursday, in what could be a straight fight for a starting place against Stoke in the Premier League on Sunday. (Manchester Evening News)

Zlatan Ibrahimovic will be absent for the visit of the Ukrainian side as the 34-year-old has been granted a holiday by manager Jose Mourinho. (Daily Mirror) 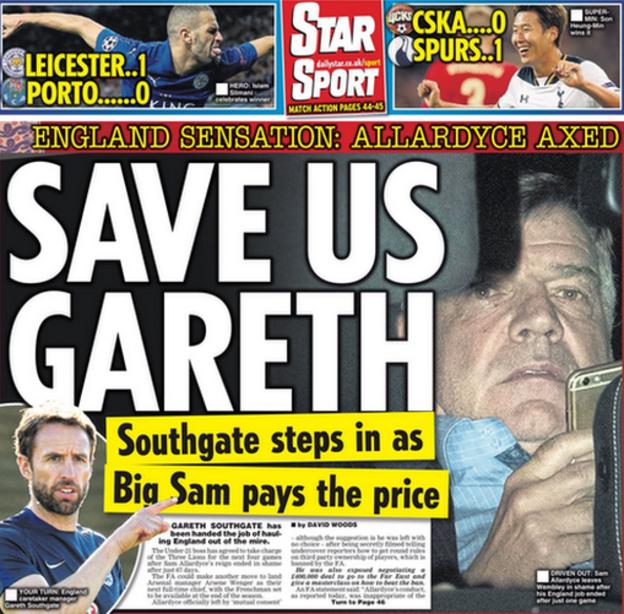 Manchester United defender Phil Jones hopes to return to training next week following a knee injury which required him to wear a leg brace. (Daily Mail)

Southampton's 32-year-old defender Jose Fonte, who was linked with a move to Old Trafford in the summer, is "waiting" for an improved contract offer from the south coast club. (Daily Echo)

West Ham manager Slaven Bilic allowed his players to get away from their Premier League struggles by going on a team bonding night out on Monday. (Daily Mail)

Norwich face having to increase the pay of 21-year-old twins Jacob and Josh Murphy to £15,000 a week if they want to keep them at Carrow Road. (Daily Mirror)

BBC Match of the Day presenter and ex-Leicester City striker Gary Lineker was left wondering why Foxes manager Claudio Ranieri was not on the front cover of the programme for the club's first ever home Champions League game on Tuesday.

He put a picture of it on Instagram along with the message: "First ever @uefachampionsleague programme at Leicester. Thought Ranieri might be on the cover rather than the owner." 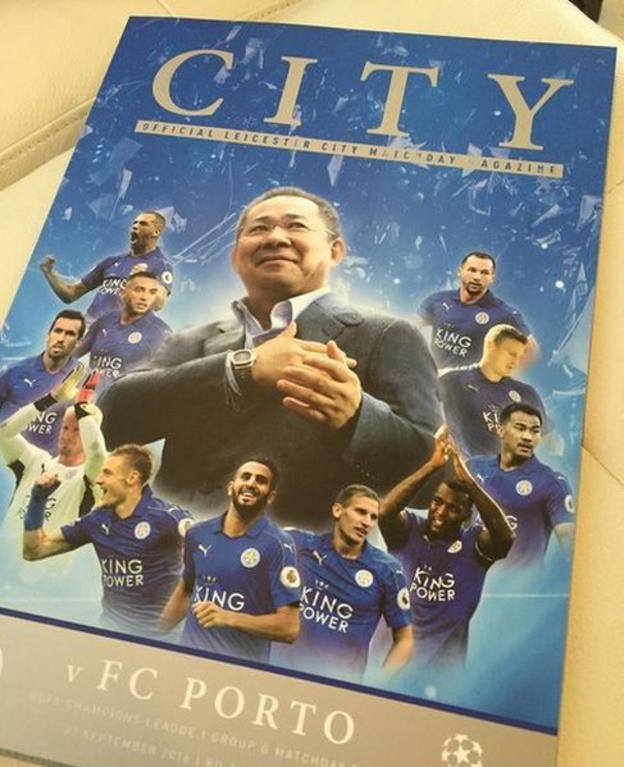 Barcelona are set to wear their new sustainable third strip for the first time during their Champions League clash with Borussia Monchengladbach. The shirt is manufactured from recycled materials - each shirt is made from 16 recycled plastic bottles. (AS)

Basel defender Taulant Xhaka, 25, will face his 24-year-old brother Granit, who plays for Arsenal, on Wednesday in a Champions League group game - and he says their parents want the Swiss side to win. (Evening Standard)