Gareth Southgate will earn £500,000 for leading England over the next two months, the equivalent of his annual salary as Under-21s boss. (Times - subscription required)

Manchester City tried to sign Pierre-Emerick Aubameyang, 27, in the summer, according to the Borussia Dortmund striker. (Onze, via Daily Mail)

Crystal Palace will make another attempt to sign 26-year-old Brazilian midfielder Lucas Lima from Santos, having failed with a bid during the summer transfer window. (Sun)

Forward Memphis Depay, 22, says he could be forced to leave Manchester United if he does not feature more often in the first team. (Daily Mirror)

Celtic say Moussa Dembele is not for sale, but the club's major shareholder Dermot Desmond believes that interest in the 20-year-old French striker from Europe's top clubs is inevitable. (Daily Mail)

RB Leipzig winger Oliver Burke, 19, says England "tried a little cheeky one" by courting his services as he prepared to play for Scotland, for whom he has now won three caps. (Guardian)

Andre Villas-Boas, who was assistant to Jose Mourinho at Porto, Chelsea and Inter Milan, says his relationship with the Manchester United manager is now so bad he does not have his mobile number. (Daily Mirror)

Steven Pressley, 42, sacked by Coventry City in 2015, is the bookmakers' favourite to return to take charge of the League One side. (Coventry Telegraph)

Bournemouth striker Callum Wilson, 24, says his ambition of playing for England will "take care of itself" and that all his focus is on helping his club. (Daily Echo)

Blackburn Rovers fans unhappy with owners Venky's will stage a demonstration during the televised home Championship game with Wolves on 29 October. (Lancashire Telegraph)

Manager Neil Harris, 39, retains the full support of the Millwall board despite four straight defeats leaving the club 19th in League One. (London Evening Standard)

It has not been a good week for Aston Villa. Having been beaten by Preston and started the search for a new manager following Roberto di Matteo's sacking, they have now become a target of jokes by Virgin Trains. 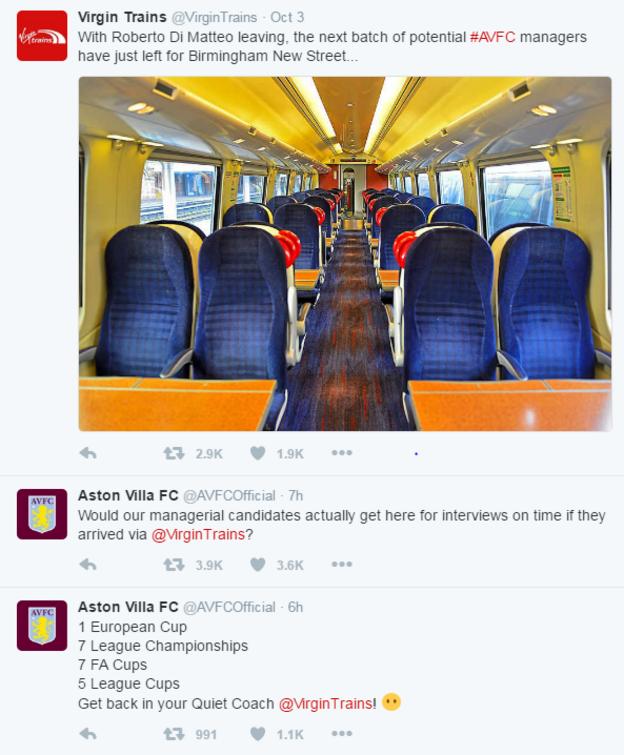 Arsenal defender Calum Chambers, who is currently on loan at Middlesbrough, spent his time on the flight to Kazakhstan with England Under-21s perfecting a bottle trick, a video of which he has posted on Twitter.

It looks like Manchester United and Spain goalkeeper David de Gea has a stalker - club and country team-mate Ander Herrera... 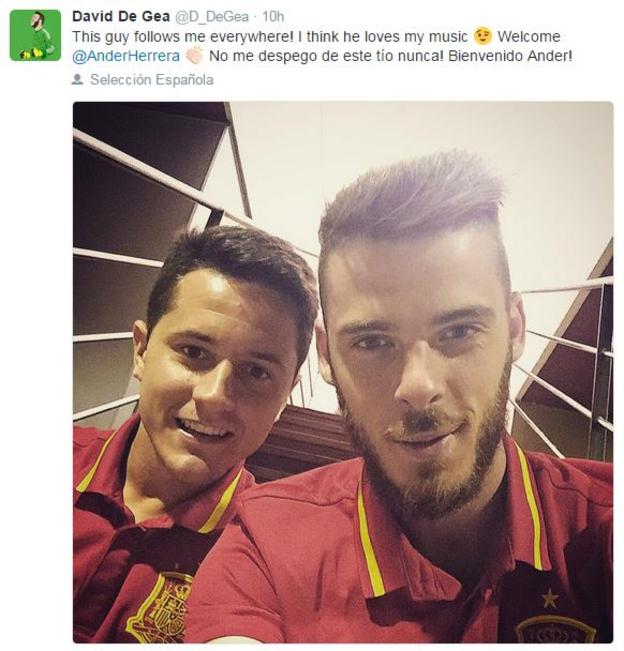 Manager Pep Guardiola has blocked his Manchester City players from using the internet at the club's training ground as he wants more face-to-face communication and a greater team spirit. (Tyc Sports, via Guardian)

A US TV channel got Swansea City's managerial appointment wrong when they announced new boss Bob Bradley "has been signed to manage Chelsea". (Wales Online)

Manchester United youth players who traditionally mock senior playing stars at their Christmas panto are a bit nervous about including martial arts expert Zlatan Ibrahimovic in the mickey-taking. (Sun)