Chelsea and Manchester City have been boosted by the news that Borussia Dortmund striker Pierre Emerick-Aubameyang, 27, is ready to leave the German club at the end of the season. The Gabon international is valued at £65m. (Mirror)

Manchester United are "kicking themselves" for not putting a sell-on clause in Burnley defender Michael Keane's contract. The 23-year-old joined the Clarets for £2.5m in 2015 and has been linked with a £25m move to Chelsea. (Sun)

England want to take Celtic's 13-year-old Karamoko Dembele for their national set-up, if he can be persuaded to switch from Scotland. (Daily Mail)

West Ham must pay Juventus £20m if striker Simone Zaza, 25, plays another 10 games for the Hammers. The Italy international has a clause in his contract which triggers the fee if he plays 14 games. (Sun)

The Hammers could offer midfielder Michail Antonio, 26, a second new deal within a year following his impressive start to the season. (Mirror)

Arsenal will have to pay Inter Milan striker Mauro Icardi's £99m release fee if they want to sign the 23-year-old Argentine in the January transfer window. (Daily Star)

Goalkeeper Asmir Begovic, 29, decided to stay at Chelsea and fight for his place after holding talks with manager Antonio Conte, who wanted him to be a part of his squad this season. (Evening Standard)

Sevilla midfielder Vicente Iborra, 28, rejected a £7m move to Sunderland in the transfer window after his team-mate told the Spanish club to keep the player.(Chronicle)

Manchester City boss Pep Guardiola, 45, says his success as a manager is down to Johan Cruyff - despite being told by the former Netherlands great: "You were slower than my granny." (Guardian)

Tottenham striker Harry Kane might be out injured at the moment but that hasn't stopped him hooking up with Hollywood star Mark Wahlberg on the set of one of his films. 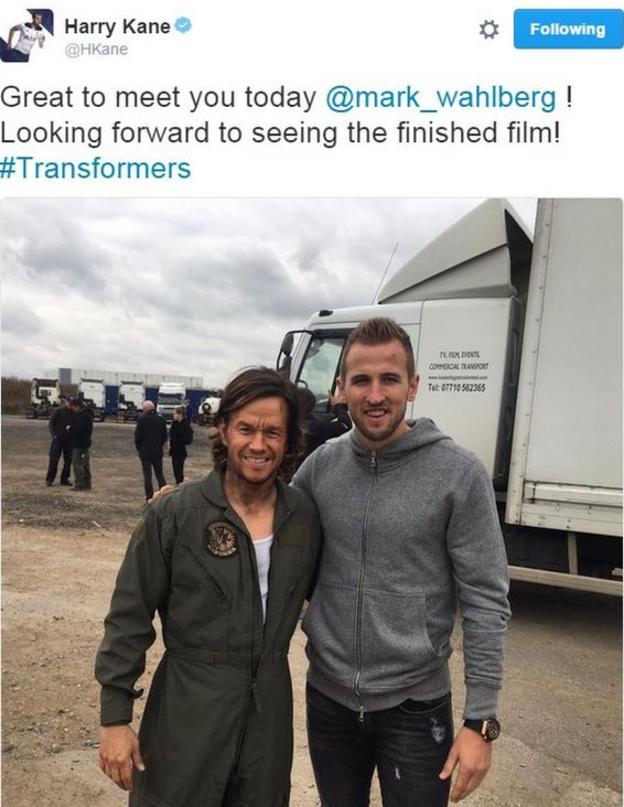 Former Arsenal forward Andrey Arshavin, now at Kazakhstan side Kairat, got his revenge on a blogger who said he would not score seven goals this season. The punishment? To shave off the blogger's hair. (Sun)