Chelsea forward Willian, 28, has been linked with a move to Paris St-Germain, but the Brazil international says he is willing to finish his career at Stamford Bridge. (Daily Express)

Manchester City forward Kevin de Bruyne's hamstring injury is healing faster than thought, and the 25-year-old could face Everton on Saturday and be fit for the trip to Barcelona in the Champions League the following Wednesday. (Guardian)

The appointment of Manchester-based referee Anthony Taylor for the Premier League game between Liverpool and Manchester United on Monday is "grossly unfair" on him, according to former referees' chief Keith Hackett. (You are the ref)

But ex-referee Graham Poll says Taylor is a "senior" official and his appointment for the game "should certainly not raise any eyebrows despite him living and working in the Manchester area". (Daily Mail)

Manchester United midfielders Juan Mata, 28, Ander Herrera, 27, and Marouane Fellaini, 28, and defenders Daley Blind, 26, and Luke Shaw, 21, are entering the last 18 months of their deals, but the club are in no rush to discuss new ones as each contains an option to extend. (Manchester Evening News)

Liverpool's former director of football strategy Damien Comolli helped sign midfielder Jordan Henderson, 26, for the Merseysiders but says that on the day he was sacked, the club's owners told him he "had made a big mistake on Jordan and he was a waste of money". (Talksport)

Germany and Liverpool midfielder Emre Can, 22, says he has not seen "such a good penalty taker" as Reds team-mate James Milner, 30. (Liverpool Echo)

Chelsea must be prepared to pay at least £50m if they hope to sign AC Milan defender Alessio Romagnoli, 21, in January. (Sun)

The brother and agent of Stoke midfielder Xherdan Shaqiri, 25, has refused to rule out a January switch to Roma. (Corriere dello Sport via Talksport)

Former England keeper David Seaman tweeted one of Hart's saves was a "worldie" before saying he had put in a "great performance".

West Ham defender Winston Reid took time out during New Zealand's preparations for a game against the United States to put a picture on Instagram of him visiting the White House. 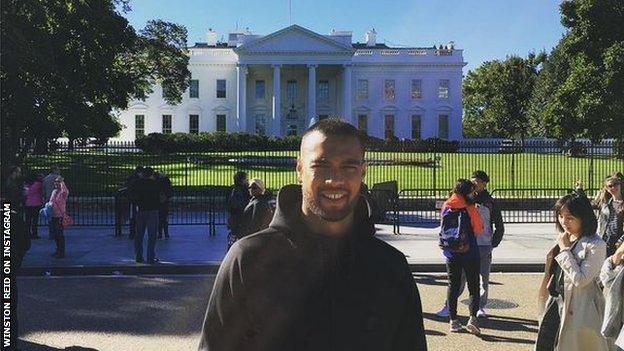 Belgium and Liverpool goalkeeper Simon Mignolet, who appears to have dropped to second choice for club and country, has opened a coffee shop in his home town Sint-Truiden. (Daily Mirror)

Leicester City owner Vichai Srivaddhanaprabha has made a new signing - treating himself to an £11m yacht. (Leicester Mercury)

Tottenham want to rename White Hart Lane train station after the club, but may have to pay Transport for London £12m to do so. (Squawka)